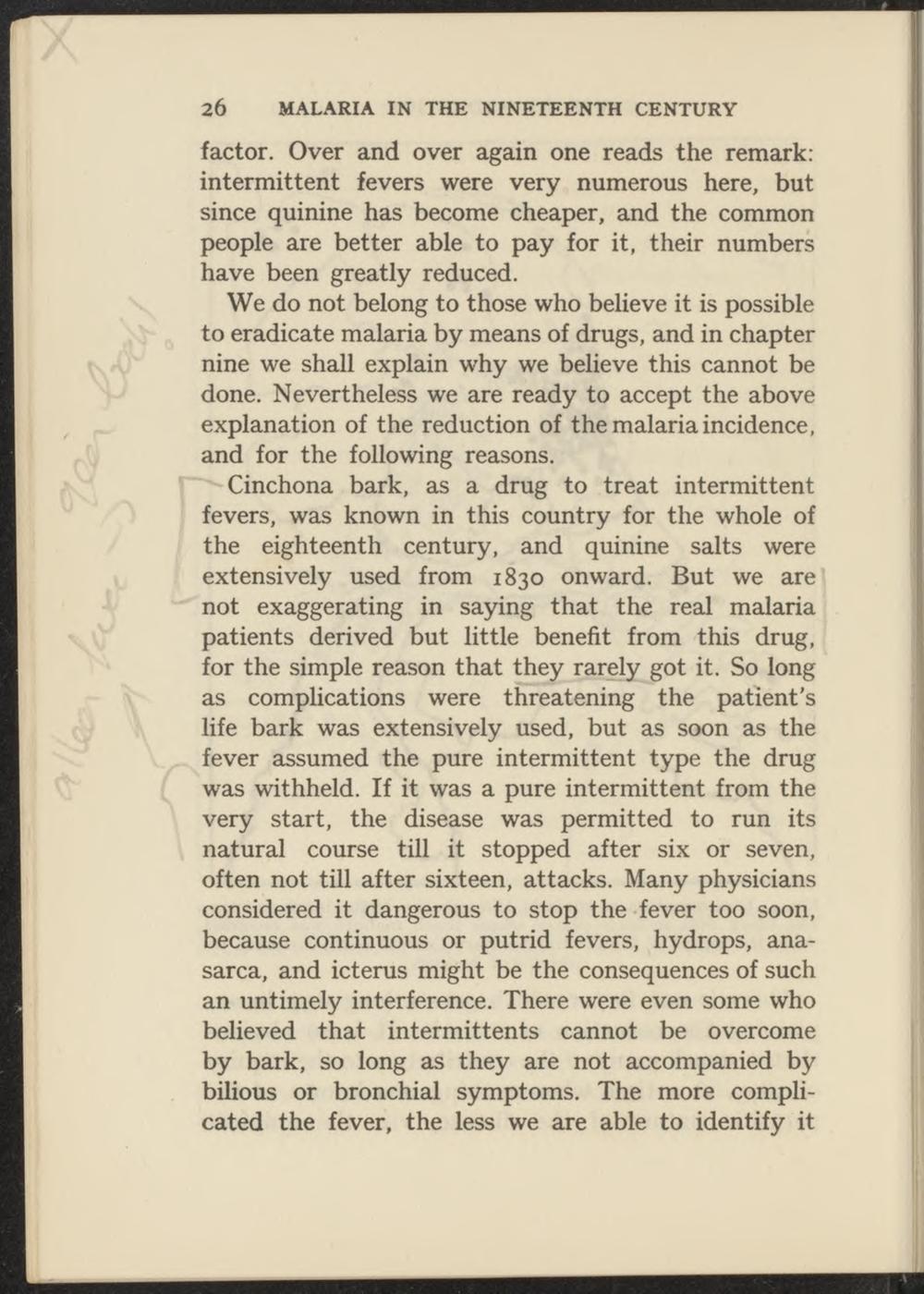 factor. Over and over again one reads the remark: intermittent fevers were very numerous here, but since quinine has become cheaper, and the common people are better able to pay for it, their numbers have been greatly reduced.

We do not belong to those who believe it is possible to eradicate malaria by means of drugs, and in chapter nine we shall explain why we believe this cannot be done. Nevertheless we are ready to accept the above explanation of the reduction of the malaria incidence, and for the following reasons.

Cinchona bark, as a drug to treat intermittent fevers, was known in this country for the whole of the eighteenth century, and quinine salts were extensively used from 1830 onward. But we are not exaggerating in saying that the real malaria patients derived but little benefit from this drug, for the simple reason that they rarely got it. So long as complications were threatening the patient's life bark was extensively used, but as soon as the fever assumed the pure intermittent type the drug was withheld. If it was a pure intermittent from the very start, the disease was permitted to run its natural course till it stopped after six or seven, often not till after sixteen, attacks. Many physicians considered it dangerous to stop the fever too soon, because continuous or putrid fevers, hydrops, anasarca, and icterus might be the consequences of such an untimely interference. There were even some who believed that intermittents cannot be overcome by bark, so long as they are not accompanied by bilious or bronchial symptoms. The more complicated the fever, the less we are able to identify it