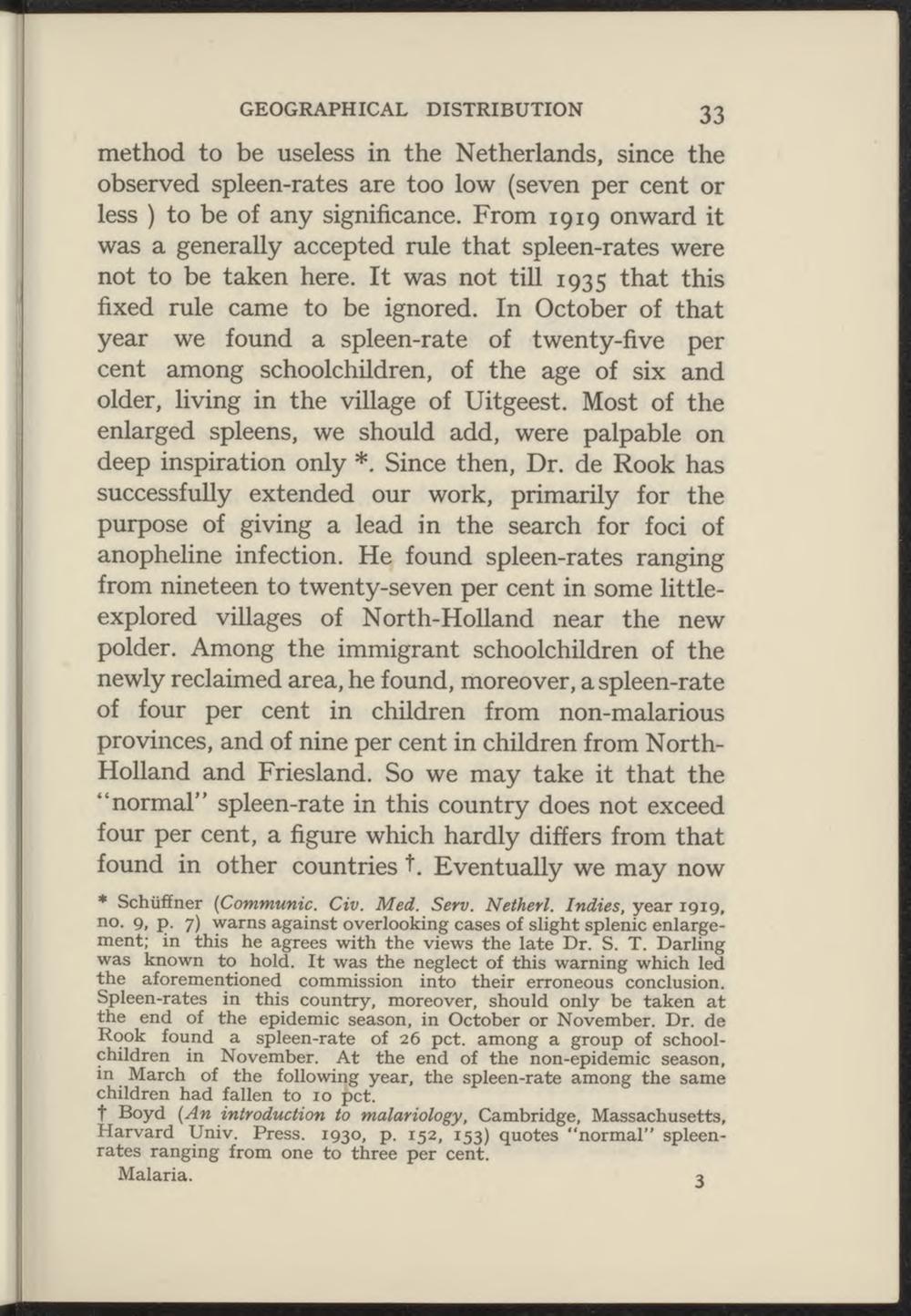 method to be useless in the Netherlands, since the observed spleen-rates are too low (seven per cent or less ) to be of any significance. From 1919 onward it was a generally accepted rule that spleen-rates were not to be taken here. It was not till 1935 that this fixed rule came to be ignored. In October of that year we found a spleen-rate of twenty-five per cent among schoolchildren, of the age of six and older, living in the village of Uitgeest. Most of the enlarged spleens, we should add, were palpable on deep inspiration only *. Since then, Dr. de Rook has successfully extended our work, primarily for the purpose of giving a lead in the search for foei of anopheline infection. He found spleen-rates ranging from nineteen to twenty-seven per cent in some littleexplored villages of North-Holland near the new polder. Among the immigrant schoolchildren of the newly reclaimed area, he found, moreover, a spleen-rate of four per cent in children from non-malarious provinces, and of nine per cent in children from NorthHolland and Friesland. So we may take it that the "normal" spleen-rate in this country does not exceed four per cent, a figure which hardly differs from that found in other countries t. Eventually we may now

* Schüflner (Communie. Civ. Med. Serv. Netherl. Indies, year 1919, no- 9, P- 7) warns against overlooking cases of slight splenic enlargement; in this he agrees with the views the late Dr. S. T. Darling was known to hold. It was the neglect of this warning which led the aforementioned commission into their erroneous conclusion. Spleen-rates in this country, moreover, should only be taken at the end of the epidemie season, in October or November. Dr. de Rook found a spleen-rate of 26 pet. among a group of schoolchildren in November. At the end of the non-epidemie season, in March of the following year, the spleen-rate among the same children had fallen to 10 pet.