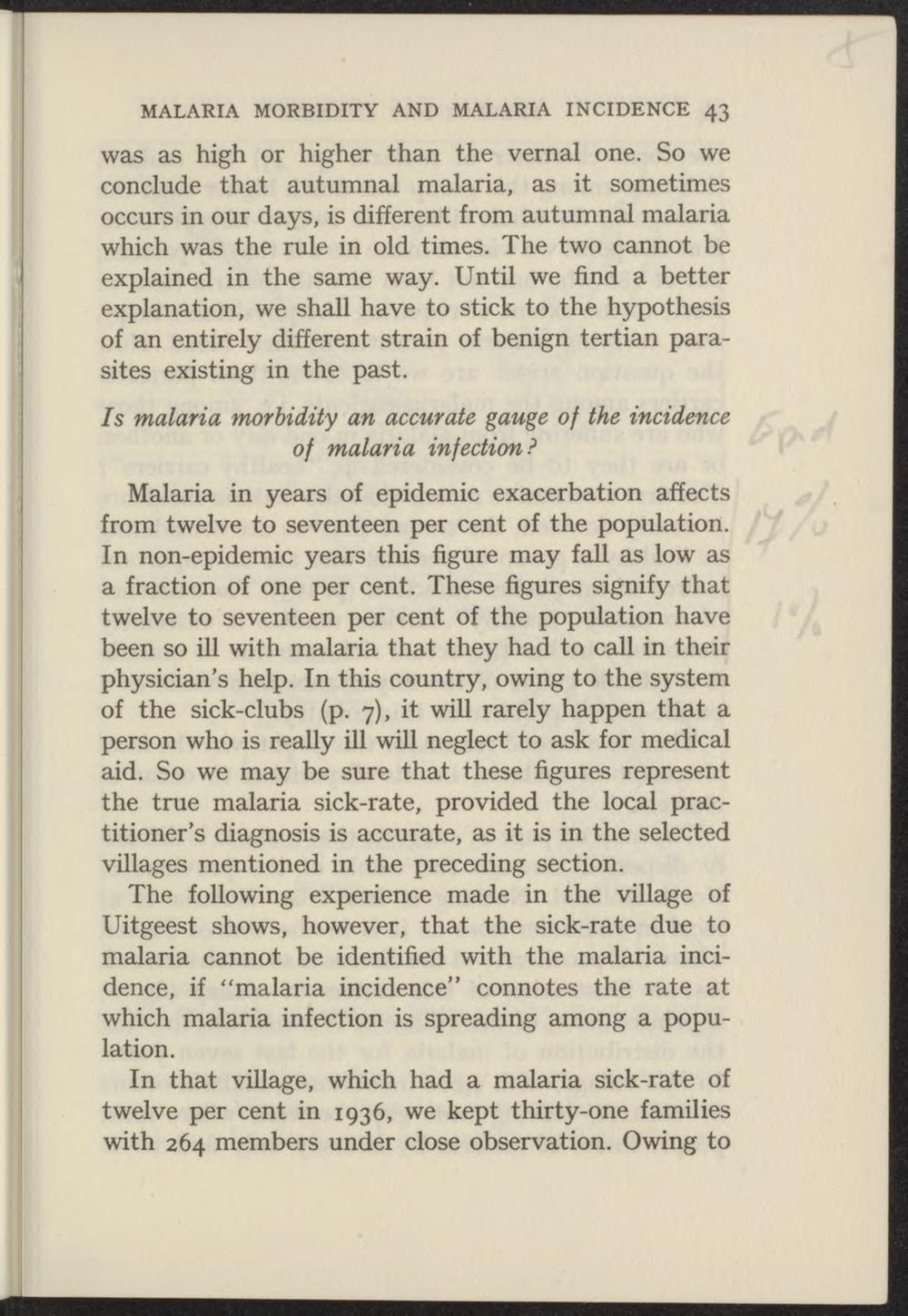 was as high or higher than the vernal one. So we conclude that autumnal malaria, as it sometimes occurs in our days, is different from autumnal malaria which was the rule in old times. The two cannot be explained in the same way. Until we find a better explanation, we shall have to stick to the hypothesis of an entirely different strain of benign tertian parasites existing in the past.

Is malaria morbidity an accurate gauge of the incidence of malaria infection?

Malaria in years of epidemie exacerbation affects from twelve to seventeen per cent of the population. In non-epidemie years this figure may fall as low as a fraction of one per cent. These figures signify that twelve to seventeen per cent of the population have been so ill with malaria that they had to call in their physician's help. In this country, owing to the system of the sick-clubs (p. 7), it will rarely happen that a person who is really ill will neglect to ask for medical aid. So we may be sure that these figures represent the true malaria sick-rate, provided the local practitioner's diagnosis is accurate, as it is in the selected villages mentioned in the preceding section.

The following experience made in the village of Uitgeest shows, however, that the sick-rate due to malaria cannot be identified with the malaria incidence, if "malaria incidence" connotes the rate at which malaria infection is spreading among a population.

In that village, which had a malaria sick-rate of twelve per cent in 1936, we kept thirty-one families with 264 members under close observation. Owing to