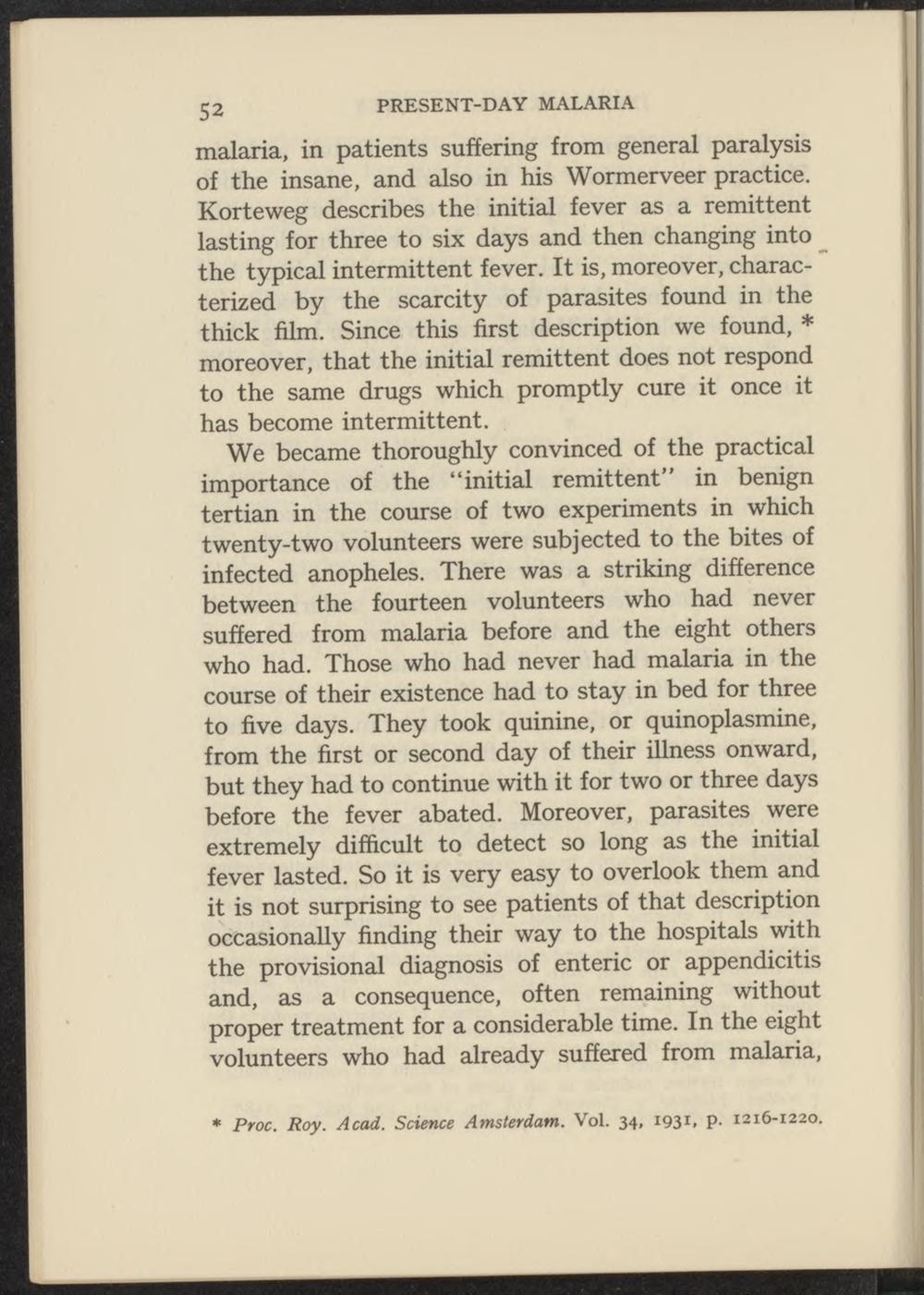 malaria, in patients suffering from general paralysis of the insane, and also in his Wormerveer practice. Korteweg describes the initial fever as a remittent lasting for three to six days and then changing into _ the typical intermittent fever. It is, moreover, characterized by the scarcity of parasites found in the thick film. Since this first description we found, * moreover, that the initial remittent does not respond to the same drugs which promptly cure it once it has become intermittent.

We became thoroughly convinced of the practical importance of the "initial remittent" in benign tertian in the course of two experiments in which twenty-two volunteers were subjected to the bites of infected anopheles. There was a striking difference between the fourteen volunteers who had never suffered from malaria before and the eight others who had. Those who had never had malaria in the course of their existence had to stay in bed for three to five days. They took quinine, or quinoplasmine, from the first or second day of their illness onward, but they had to continue with it for two or three days before the fever abated. Moreover, parasites were extremely difficult to detect so long as the initial fever lasted. So it is very easy to overlook them and it is not surprising to see patients of that description occasionally finding their way to the hospitals with the provisional diagnosis of enteric or appendicitis and, as a consequence, often remaining without proper treatment for a considerable time. In the eight volunteers who had already suffered from malaria,