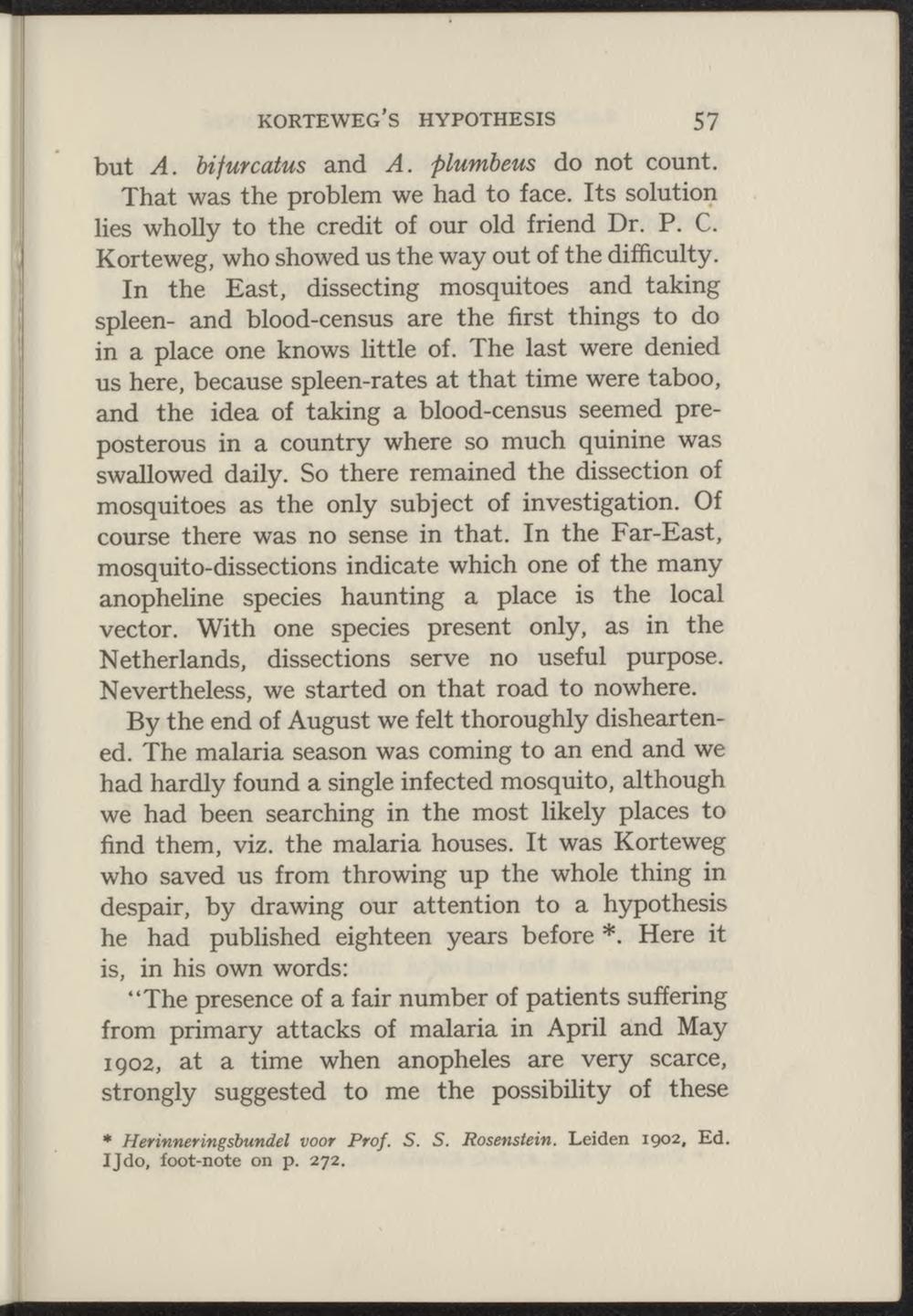 but A. bifurcatus and A. plumbeus do not count.

That was the problem we had to face. lts solution lies wholly to the credit of our old friend Dr. P. C. Korteweg, who showed us the way out of the difficulty.

In the East, dissecting mosquitoes and taking spleen- and blood-census are the first things to do in a place one knows little of. The last were denied us here, because spleen-rates at that time were taboo, and the idea of taking a blood-census seemed preposterous in a country where so much quinine was swallowed daily. So there remained the dissection of mosquitoes as the only subject of investigation. Of course there was no sense in that. In the Far-East, mosquito-dissections indicate which one of the many anopheline species haunting a place is the local vector. With one species present only, as in the Netherlands, dissections serve no useful purpose. Nevertheless, we started on that road to nowhere.

By the end of August we feit thoroughly disheartened. The malaria season was coming to an end and we had hardly found a single infected mosquito, although we had been searching in the most likely places to find them, viz. the malaria houses. It was Korteweg who saved us from throwing up the whole thing in despair, by drawing our attention to a hypothesis he had published eighteen years before *. Here it is, in his own words:

"The presence of a fair number of patients suffering from primary attacks of malaria in April and May 1902, at a time when anopheles are very scarce, strongly suggested to me the possibility of these