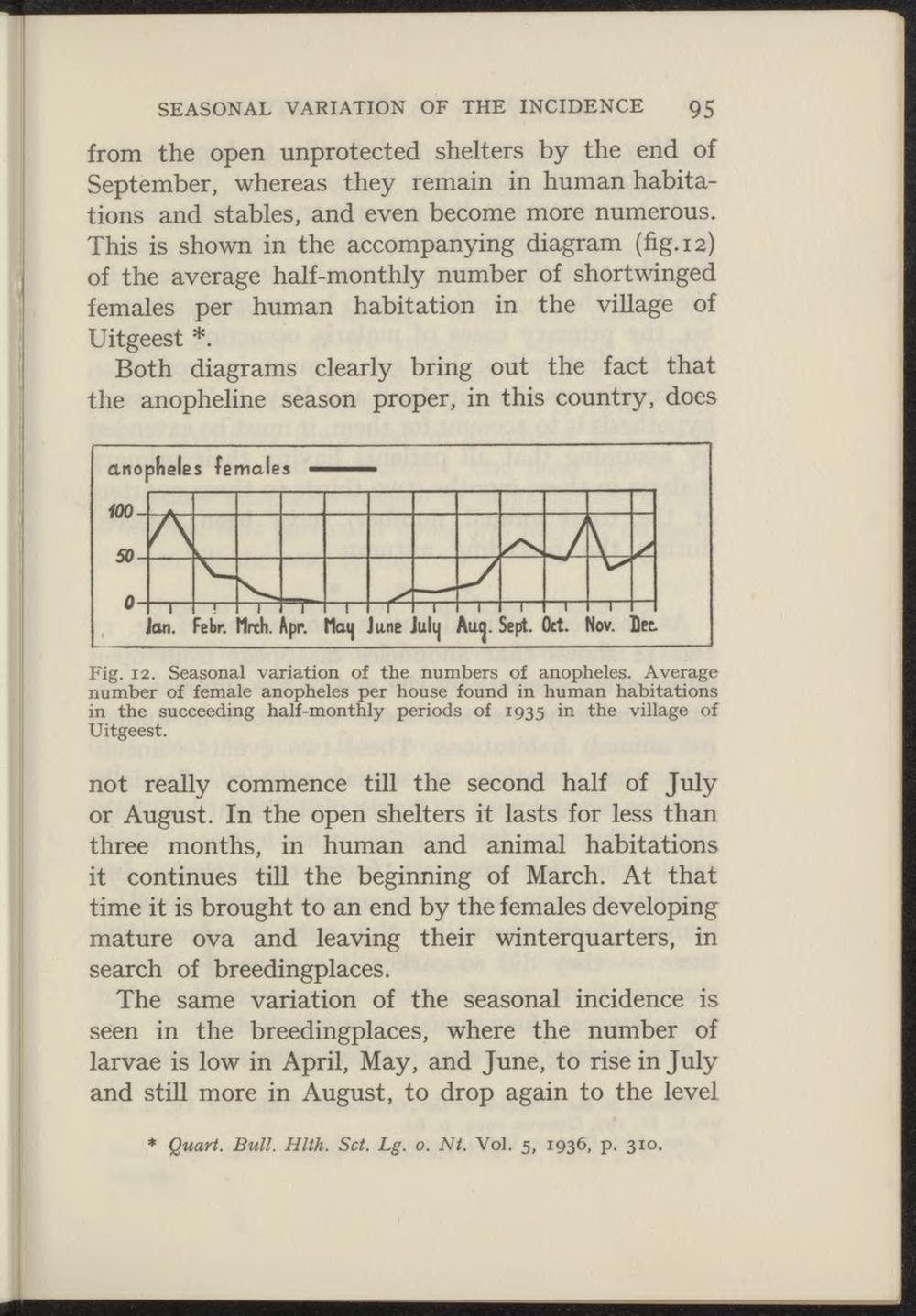 from the open unprotected shelters by the end of September, whereas they remain in human habitations and stables, and even become more numerous. This is shown in the accompanying diagram (fig.12) of the average half-monthly number of shortwinged females per human habitation in the village of Uitgeest *.

Both diagrams clearly bring out the fact that the anopheline season proper, in this country, does

Fig. 12. Seasonal variation of the numbers of anopheles. Average number of female anopheles per house found in human habitations in the succeeding half-monthly periods of 1935 in the village of Uitgeest.

not really commence till the second half of July or August. In the open shelters it lasts for less than three months, in human and animal habitations it continues till the beginning of March. At that time it is brought to an end by the females developing mature ova and leaving their winterquarters, in search of breedingplaces.

The same variation of the seasonal incidence is seen in the breedingplaces, where the number of larvae is low in April, May, and June, to rise in July and still more in August, to drop again to the level