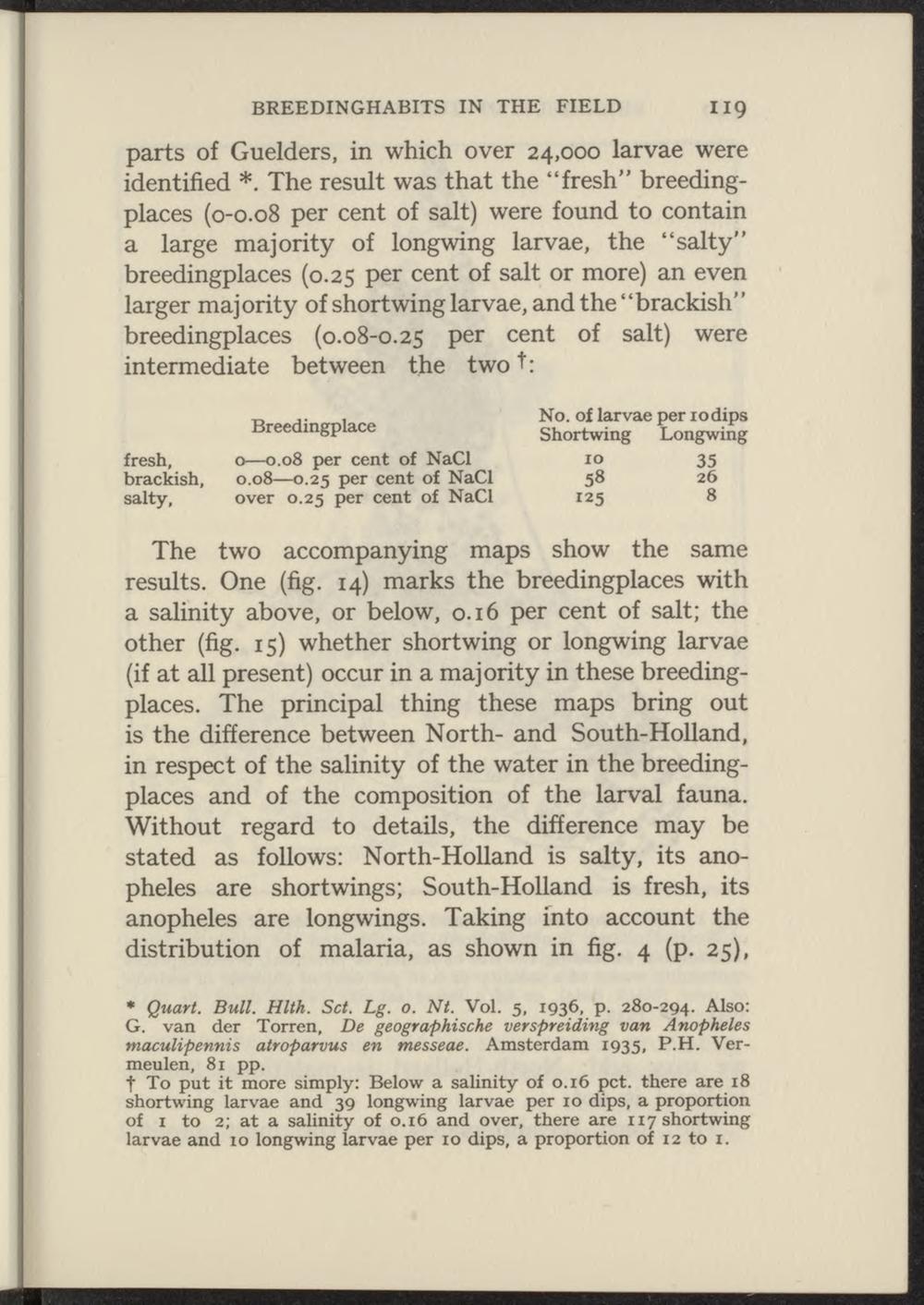 The two accompanying maps show the same results. One (fig. 14) marks the breedingplaces with a salinity above, or below, 0.16 per cent of salt; the other (fig. 15) whether shortwing or longwing larvae (if at all present) occur in a majority in these breedingplaces. The principal thing these maps bring out is the difference between North- and South-Holland, in respect of the salinity of the water in the breedingplaces and of the composition of the larval fauna. Without regard to details, the difference may be stated as follows: North-Holland is salty, its anopheles are shortwings; South-Holland is fresh, its anopheles are longwings. Taking into account the distribution of malaria, as shown in fig. 4 (p. 25),