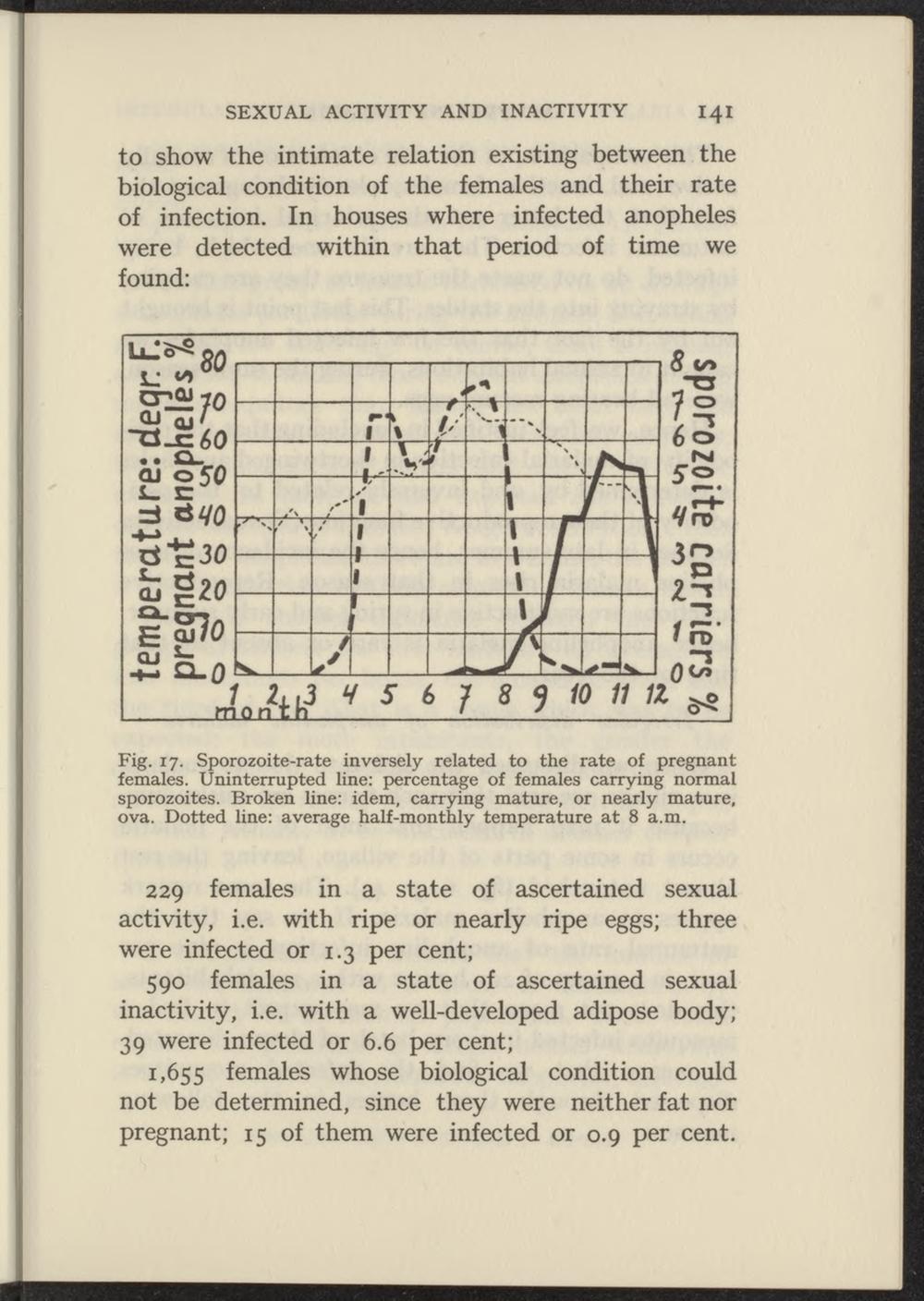 to show the intimate relation existing between the biological condition of the females and their rate of infection. In houses where infected anopheles were detected within that period of time we found:

229 females in a state of ascertained sexual activity, i.e. with ripe or nearly ripe eggs; three were infected or 1.3 per cent;

590 females in a state of ascertained sexual inactivity, i.e. with a well-developed adipose body; 39 were infected or 6.6 per cent;

1,655 females whose biological condition could not be determined, since they were neither fat nor pregnant; 15 of them were infected or 0.9 per cent.