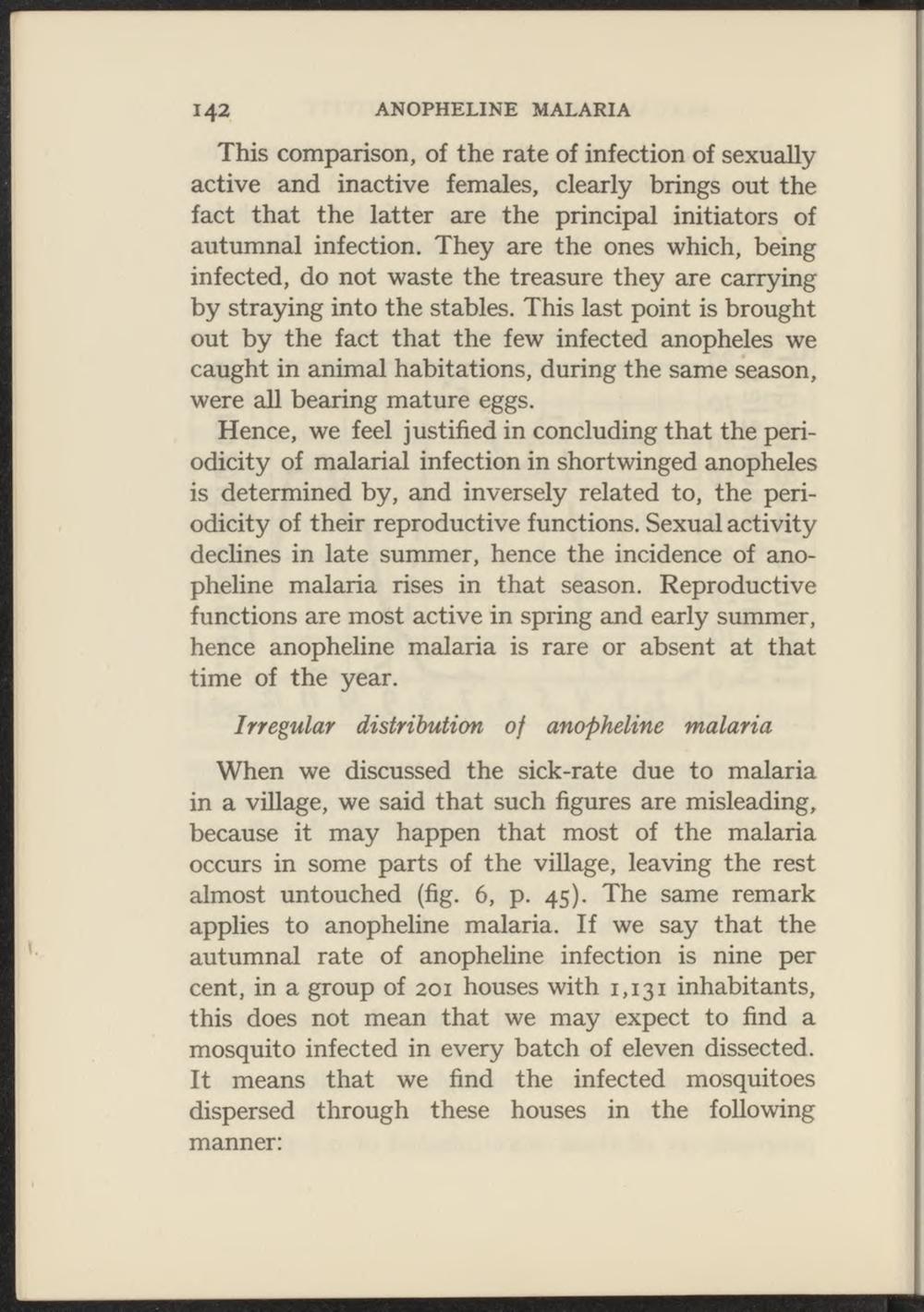 This comparison, of the rate of infection of sexually active and inactive females, clearly brings out the fact that the latter are the principal initiators of autumnal infection. They are the ones which, being infected, do not waste the treasure they are carrying by straying into the stables. This last point is brought out by the fact that the few infected anopheles we caught in animal habitations, during the same season, were all bearing mature eggs.

Hence, we feel justified in concluding that the periodicity of malarial infection in shortwinged anopheles is determined by, and inversely related to, the periodicity of their reproductive functions. Sexual activity declines in late summer, hence the incidence of anopheline malaria rises in that season. Reproductive functions are most active in spring and early summer, hence anopheline malaria is rare or absent at that time of the year.

When we discussed the sick-rate due to malaria in a village, we said that such figures are misleading, because it may happen that most of the malaria occurs in some parts of the village, leaving the rest almost untouched (fig. 6, p. 45). The same remark applies to anopheline malaria. If we say that the autumnal rate of anopheline infection is nine per cent, in a group of 201 houses with 1,131 inhabitants, this does not mean that we may expect to find a mosquito infected in every batch of eleven dissected. It means that we find the infected mosquitoes dispersed through these houses in the following manner: