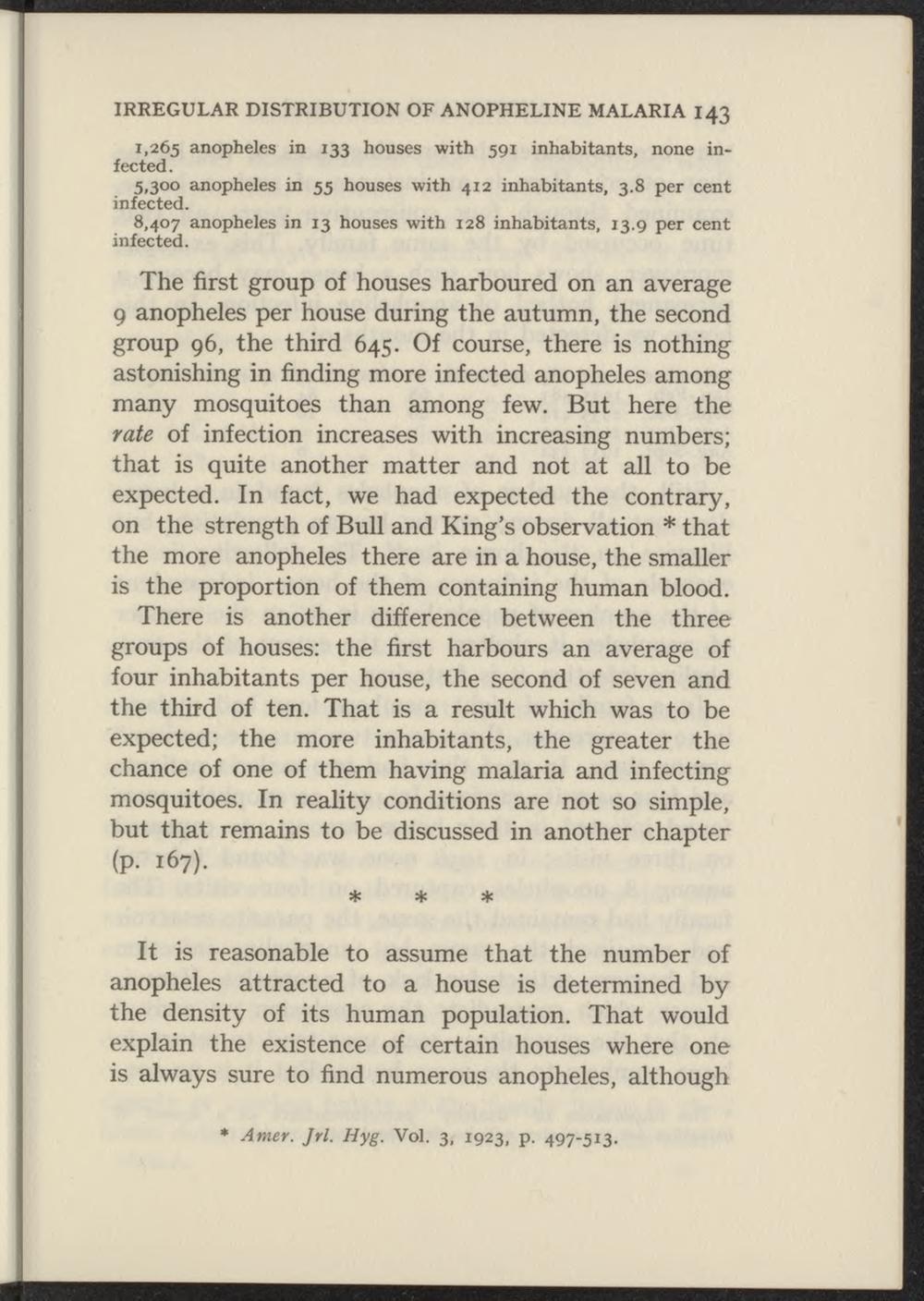 The first group of houses harboured on an average 9 anopheles per house during the autumn, the second group 96, the third 645. Of course, there is nothing astonishing in finding more infected anopheles among many mosquitoes than among few. But here the rate of infection increases with increasing numbers; that is quite another matter and not at all to be expected. In fact, we had expected the contrary, on the strength of Buil and King's observation * that the more anopheles there are in a house, the smaller is the proportion of them containing human blood.

There is another difference between the three groups of houses: the first harbours an average of four inhabitants per house, the second of seven and the third of ten. That is a result which was to be expected; the more inhabitants, the greater the chance of one of them having malaria and infecting mosquitoes. In reality conditions are not so simple, but that remains to be discussed in another chapter (p. 167).

It is reasonable to assume that the number of anopheles attracted to a house is determined by the density of its human population. That would explain the existence of certain houses where one is always sure to find numerous anopheles, although