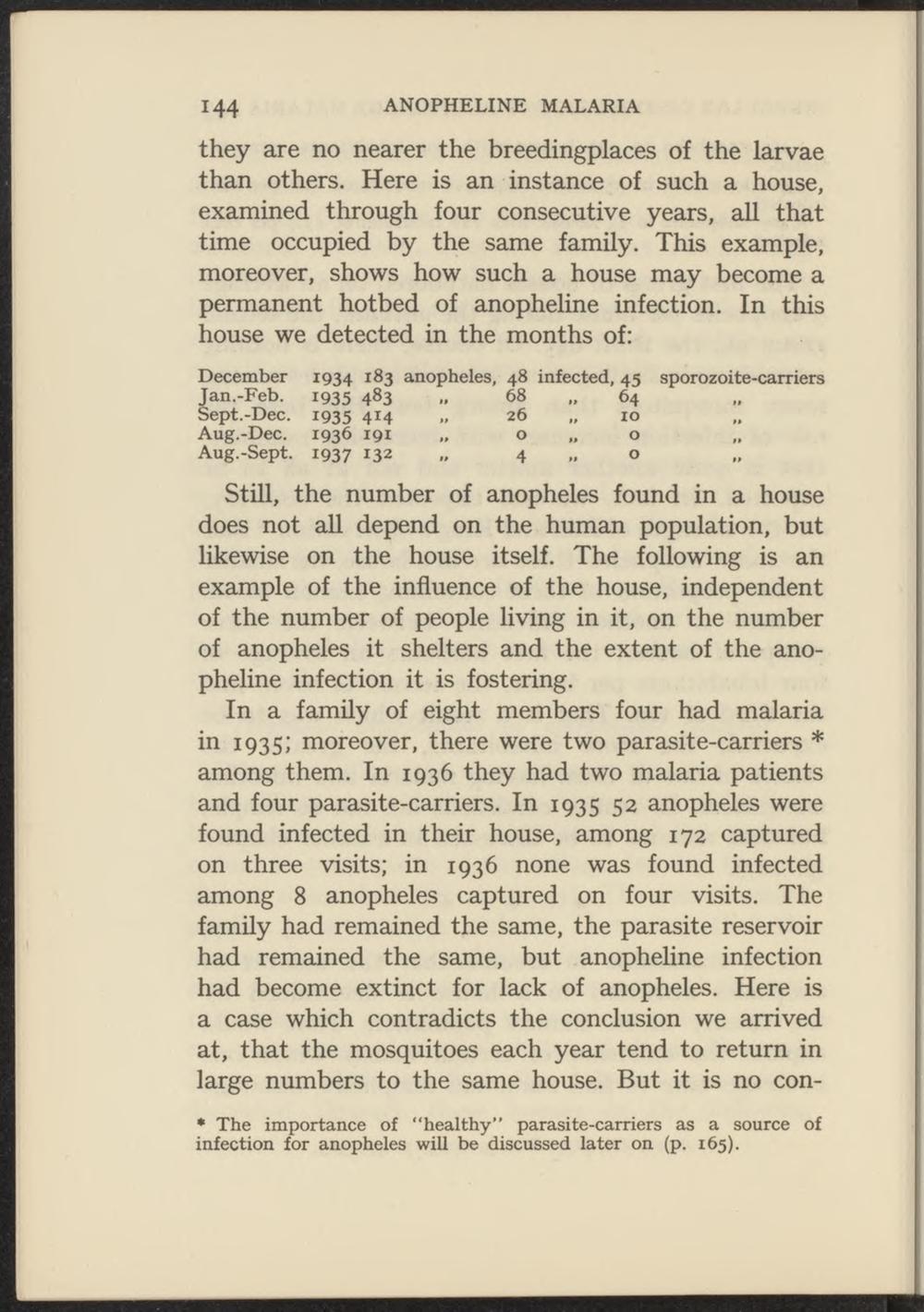 they are no nearer the breedingplaces of the larvae than others. Here is an instance of such a house, examined through four consecutive years, all that time occupied by the same family. This example, moreover, shows how such a house may become a permanent hotbed of anopheline infection. In this house we detected in the months of:

In a family of eight members four had malaria in 1935; moreover, there were two parasite-carriers * among them. In 1936 they had two malaria patients and four parasite-carriers. In 1935 52 anopheles were found infected in their house, among 172 captured on three visits; in 1936 none was found infected among 8 anopheles captured on four visits. The family had remained the same, the parasite reservoir had remained the same, but anopheline infection had become extinct for lack of anopheles. Here is a case which contradicts the conclusion we arrived at, that the mosquitoes each year tend to return in large numbers to the same house. But it is no con-

* The importance of "healthy" parasite-carriers as a source of infection for anopheles will be discussed later on (p. 165).