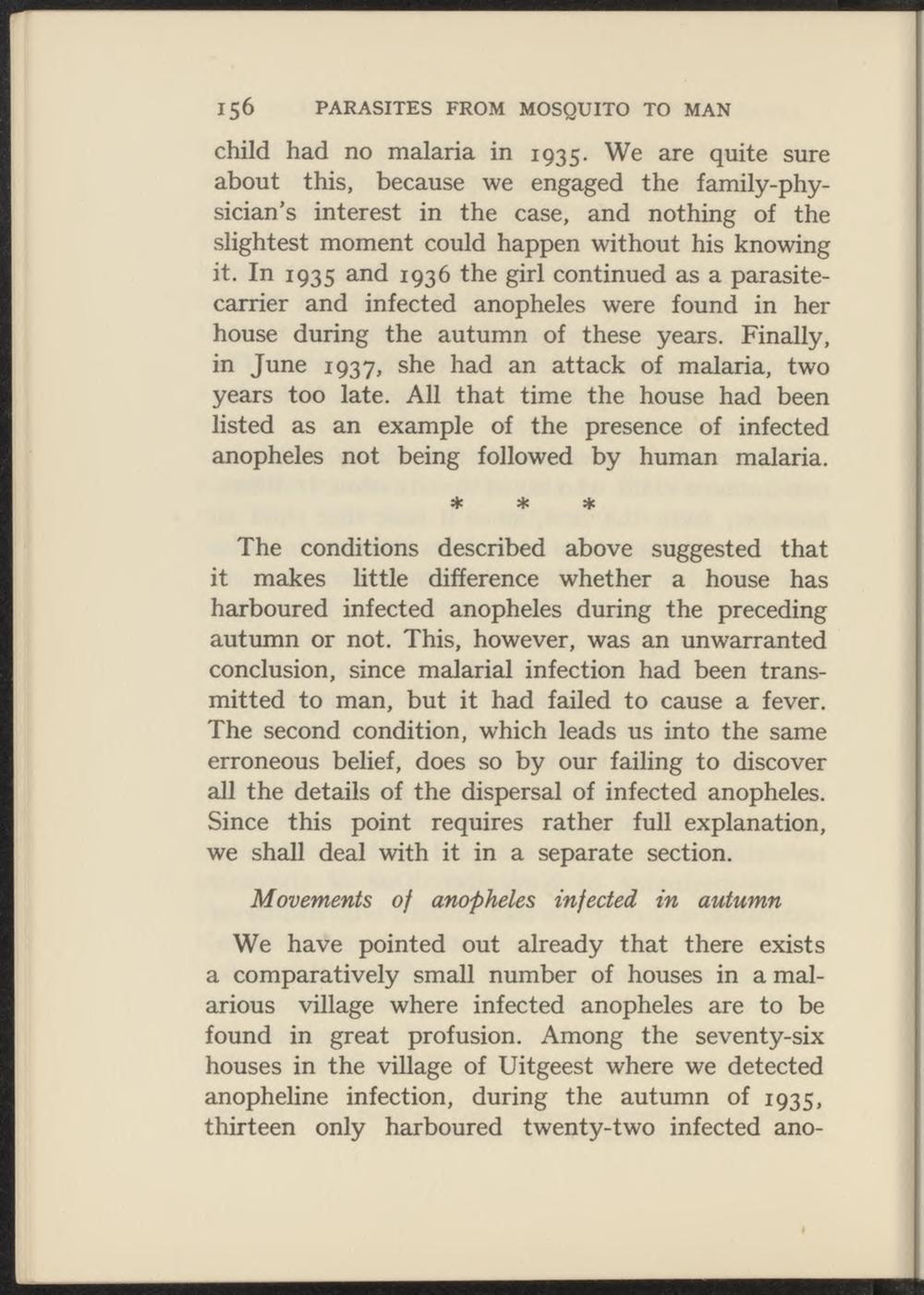 child had no malaria in 1935. We are quite sure about this, because we engaged the family-physician's interest in the case, and nothing of the slightest moment could happen without his knowing it. In 1935 and 1936 the girl continued as a parasitecarrier and infected anopheles were found in her house during the autumn of these years. Finally, in June 1937, s^e an attack of malaria, two years too late. All that time the house had been listed as an example of the presence of infected anopheles not being followed by human malaria.

The conditions described above suggested that it makes little difference whether a house has harboured infected anopheles during the preceding autumn or not. This, however, was an unwarranted conclusion, since malarial infection had been transmitted to man, but it had failed to cause a fever. The second condition, which leads us into the same erroneous belief, does so by our failing to discover all the details of the dispersal of infected anopheles. Since this point requires rather full explanation, we shall deal with it in a separate section.

Movements of anopheles infected in autumn

We have pointed out already that there exists a comparatively small number of houses in a malarious village where infected anopheles are to be found in great profusion. Among the seventy-six houses in the village of Uitgeest where we detected anopheline infection, during the autumn of 1935, thirteen only harboured twenty-two infected ano-