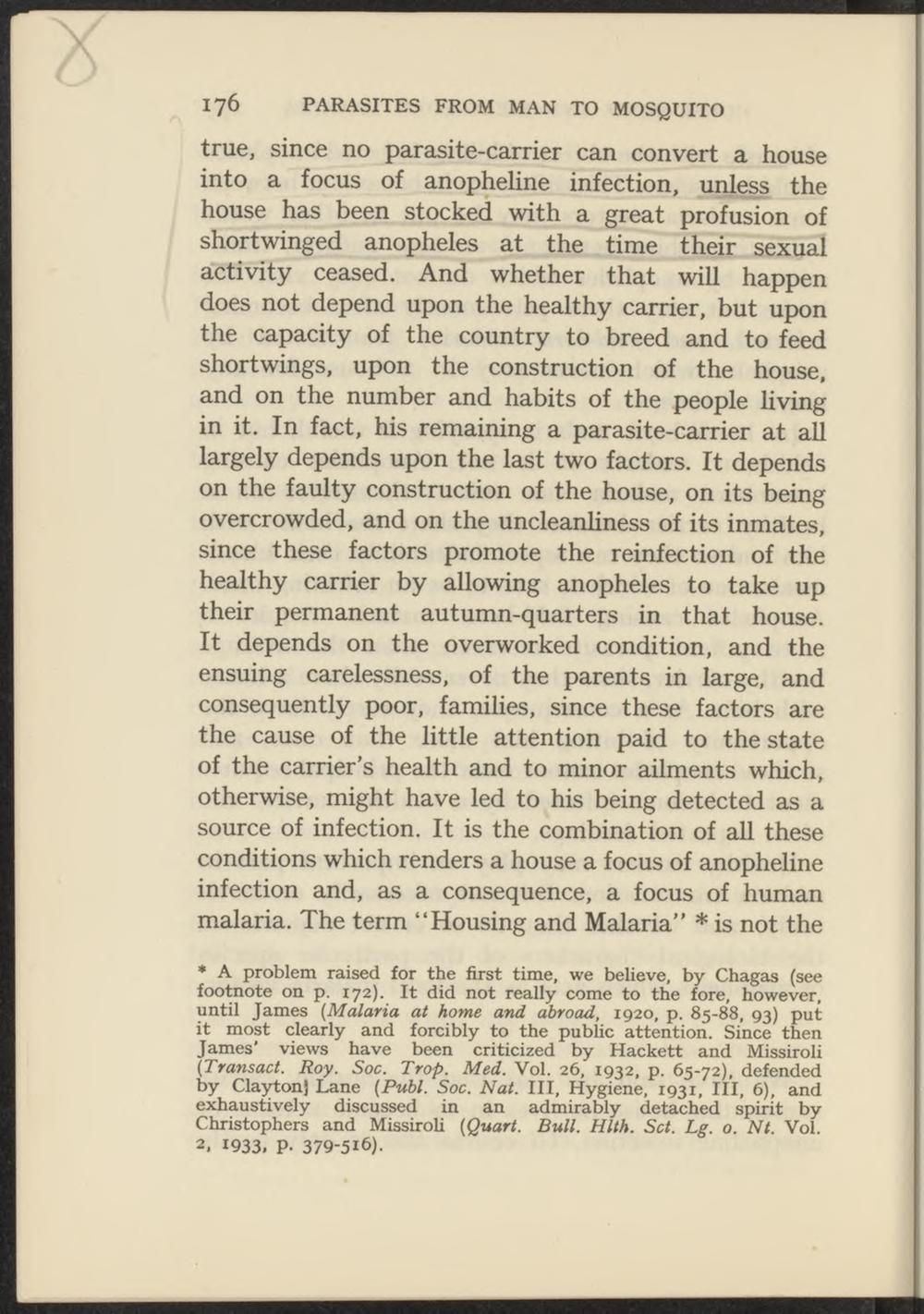 true, since no parasite-carrier can convert a house into a focus of anopheline infection, unless the house has been stocked with a great profusion of shortwinged anopheles at the time their sexual activity ceased. And whether that will happen does not depend upon the healthy carrier, but upon the capacity of the country to breed and to feed shortwings, upon the construction of the house, and on the number and habits of the people living in it. In fact, his remaining a parasite-carrier at all largely depends upon the last two factors. It depends on the faulty construction of the house, on its being overcrowded, and on the uncleanliness of its inmates, since these factors promote the reinfection of the healthy carrier by allowing anopheles to take up their permanent autumn-quarters in that house. It depends on the overworked condition, and the ensuing carelessness, of the parents in large, and consequently poor, families, since these factors are the cause of the little attention paid to the state of the carrier's health and to minor ailments which, otherwise, might have led to his being detected as a source of infection. It is the combination of all these conditions which renders a house a focus of anopheline infection and, as a consequence, a focus of human malaria. The term "Housing and Malaria" * is not the