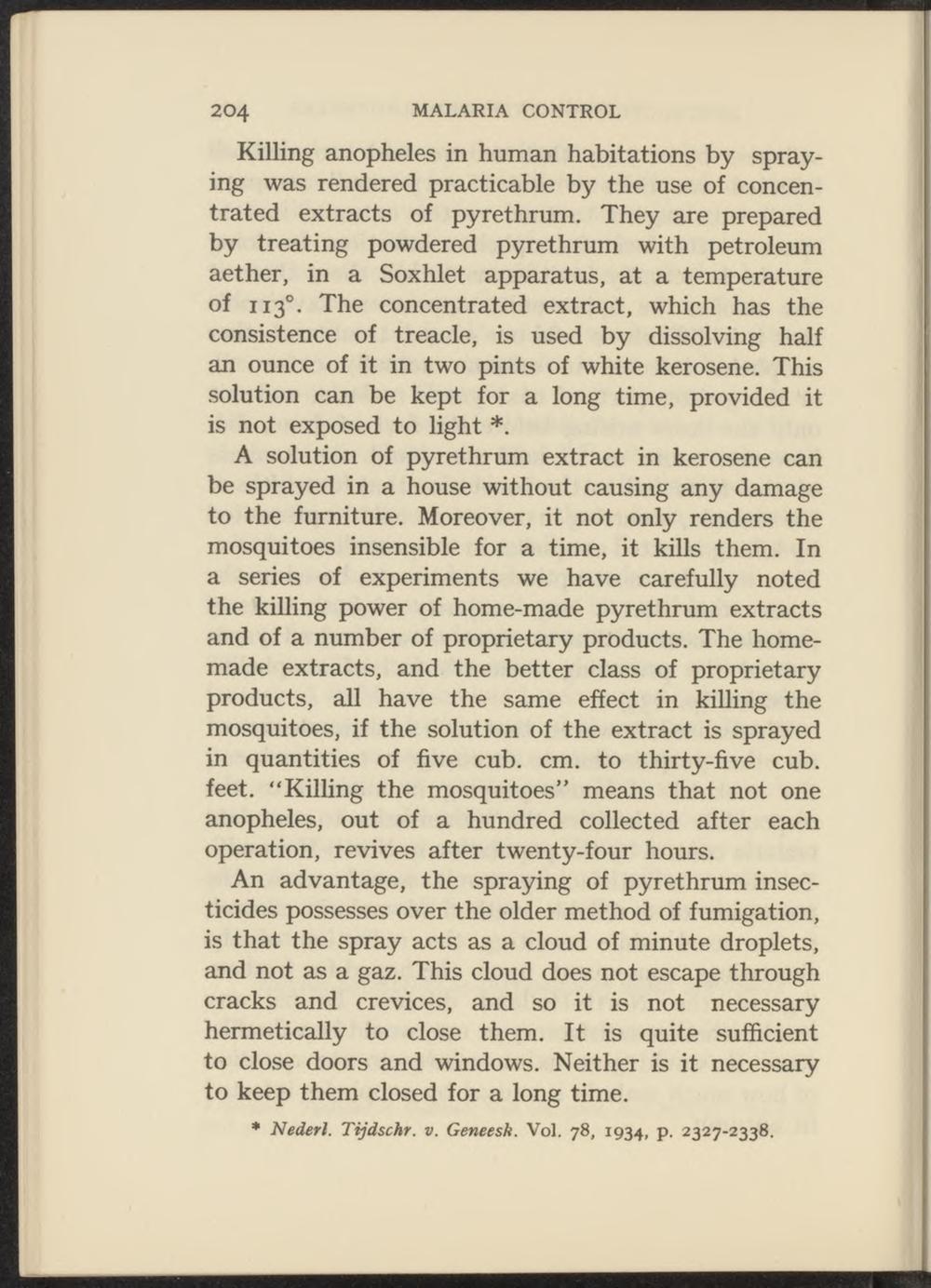 Killing anopheles in human habitations by spraying was rendered practicable by the use of concentrated extracts of pyrethrum. They are prepared by treating powdered pyrethrum with petroleum aether, in a Soxhlet apparatus, at a temperature of ii 3°. The concentrated extract, which has the consistence of treacle, is used by dissolving half an ounce of it in two pints of white kerosene. This solution can be kept for a long time, provided it is not exposed to light *.

A solution of pyrethrum extract in kerosene can be sprayed in a house without causing any damage to the furniture. Moreover, it not only renders the mosquitoes insensible for a time, it kills them. In a series of experiments we have carefully noted the killing power of home-made pyrethrum extracts and of a number of proprietary products. The homemade extracts, and the better class of proprietary products, all have the same effect in killing the mosquitoes, if the solution of the extract is sprayed in quantities of five cub. cm. to thirty-five cub. feet. "Killing the mosquitoes" means that not one anopheles, out of a hundred collected after each operation, revives after twenty-four hours.

An advantage, the spraying of pyrethrum insecticides possesses over the older method of fumigation, is that the spray acts as a cloud of minute dropiets, and not as a gaz. This cloud does not escape through cracks and crevices, and so it is not necessary hermetically to close them. It is quite sufficiënt to close doors and windows. Neither is it necessary to keep them closed for a long time.