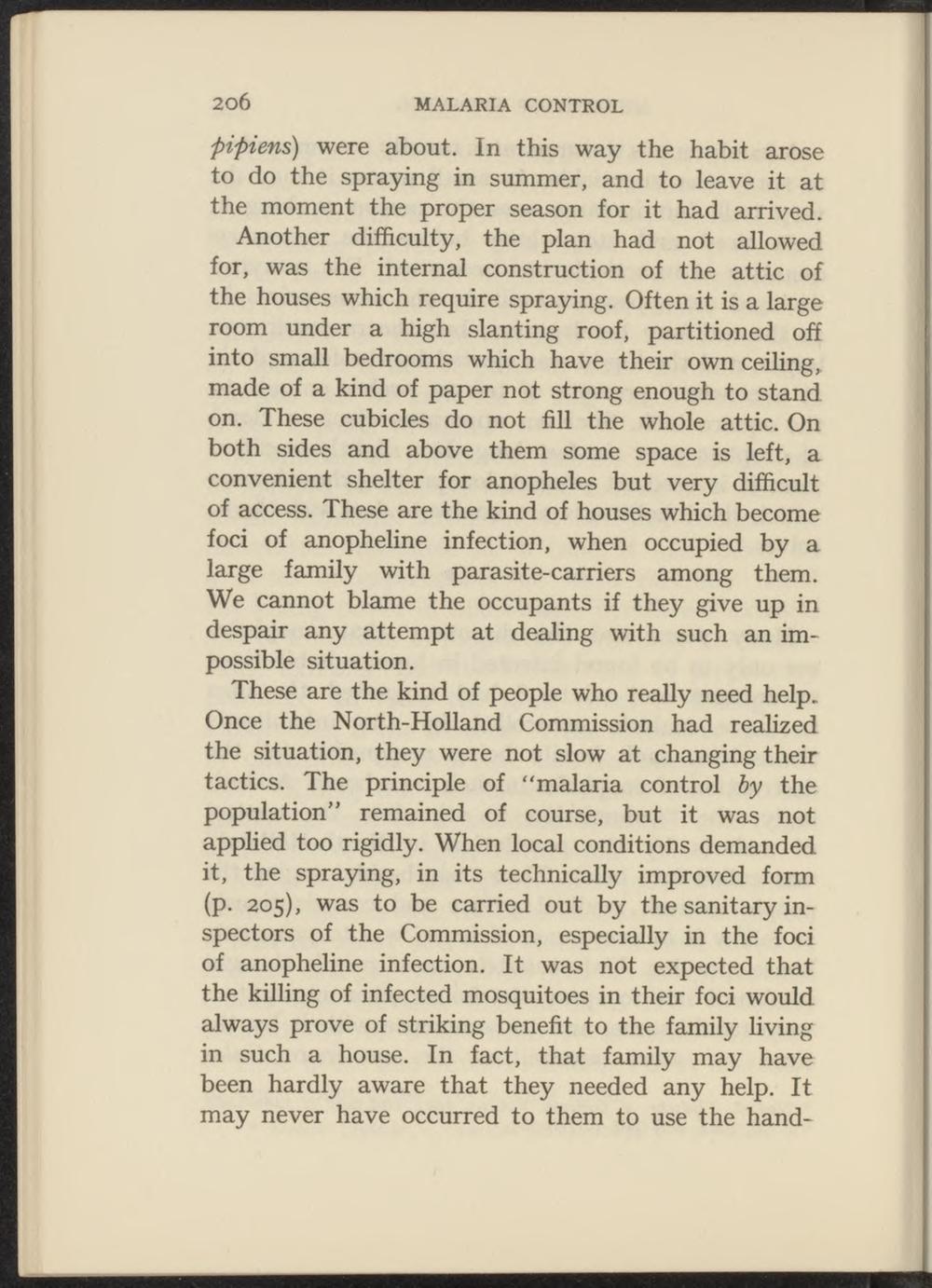 pipiens) were about. In this way the habit arose to do the spraying in summer, and to leave it at the moment the proper season for it had arrived.

Another difficulty, the plan had not allowed for, was the internal construction of the attic of the houses which require spraying. Often it is a large room under a high slanting roof, partitioned off into small bedrooms which have their own ceiling, made of a kind of paper not strong enough to stand on. These cubicles do not fill the whole attic. On both sides and above them some space is left, a convenient shelter for anopheles but very difficult of access. These are the kind of houses which become foei of anopheline infection, when occupied by a large family with parasite-carriers among them. We cannot blame the occupants if they give up in despair any attempt at dealing with such an impossible situation.

These are the kind of people who really need help. Once the North-Holland Commission had realized the situation, they were not slow at changing their tactics. The principle of "malaria control by the population" remained of course, but it was not applied too rigidly. When local conditions demanded it, the spraying, in its technically improved form (p. 205), was to be carried out by the sanitary inspectors of the Commission, especially in the foei of anopheline infection. It was not expected that the killing of infected mosquitoes in their foei would always prove of striking benefit to the family living in such a house. In fact, that family may have been hardly aware that they needed any help. It may never have occurred to them to use the hand-