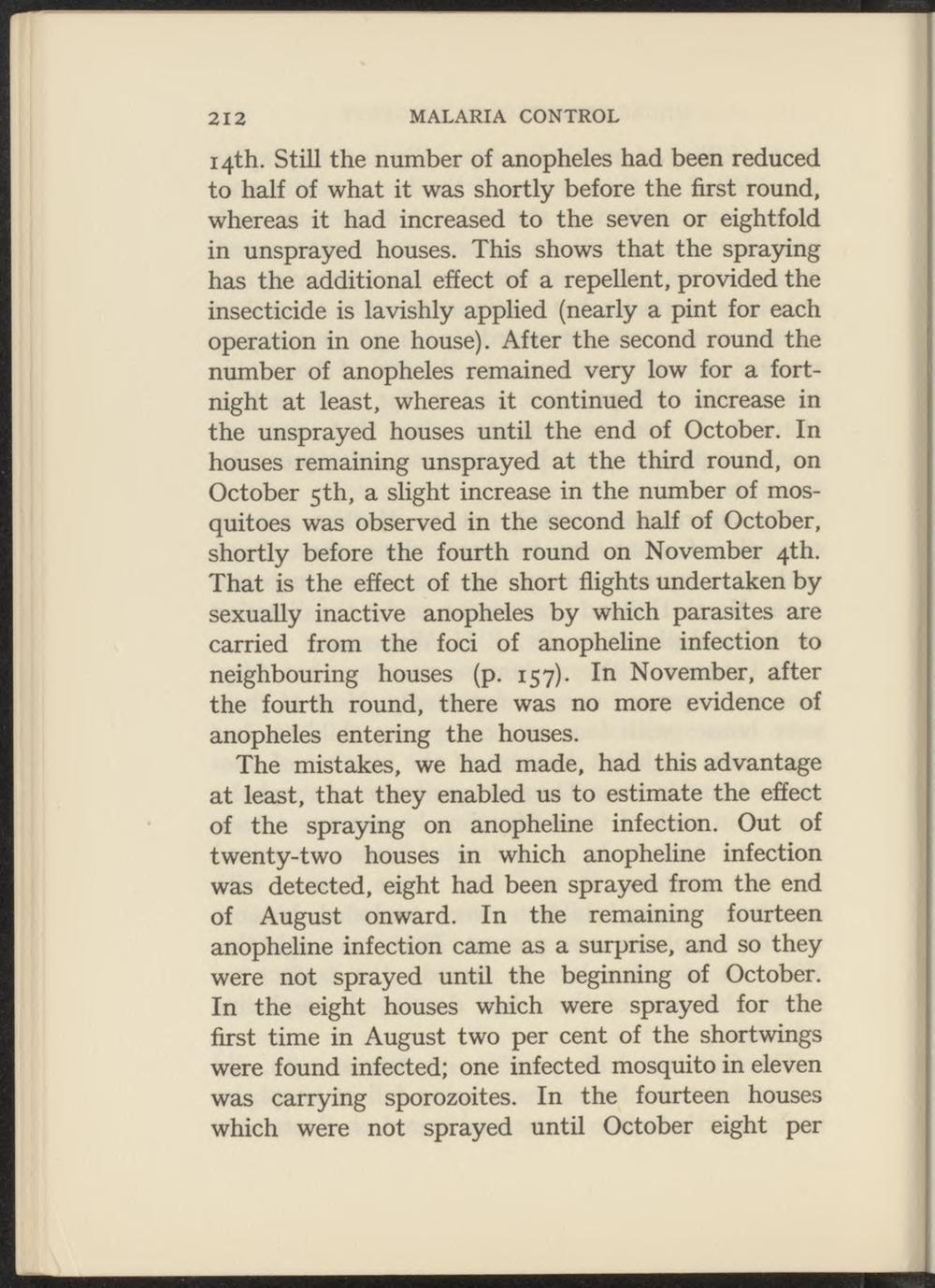 i4th. Still the number of anopheles had been reduced to half of what it was shortly before the first round, whereas it had increased to the seven or eightfold in unsprayed houses. This shows that the spraying has the additional effect of a repellent, provided the insecticide is lavishly applied (nearly a pint for each operation in one house). After the second round the number of anopheles remained very low for a fortnight at least, whereas it continued to increase in the unsprayed houses until the end of October. In houses remaining unsprayed at the third round, on October 5th, a slight increase in the number of mosquitoes was observed in the second half of October, shortly before the fourth round on November 4th. That is the effect of the short flights undertaken by sexually inactive anopheles by which parasites are carried from the foei of anopheline infection to neighbouring houses (p. 157). In November, after the fourth round, there was no more evidence of anopheles entering the houses.

The mistakes, we had made, had this advantage at least, that they enabled us to estimate the effect of the spraying on anopheline infection. Out of twenty-two houses in which anopheline infection was detected, eight had been sprayed from the end of August onward. In the remaining fourteen anopheline infection came as a surprise, and so they were not sprayed until the beginning of October. In the eight houses which were sprayed for the first time in August two per cent of the shortwings were found infected; one infected mosquito in eleven was carrying sporozoites. In the fourteen houses which were not sprayed until October eight per