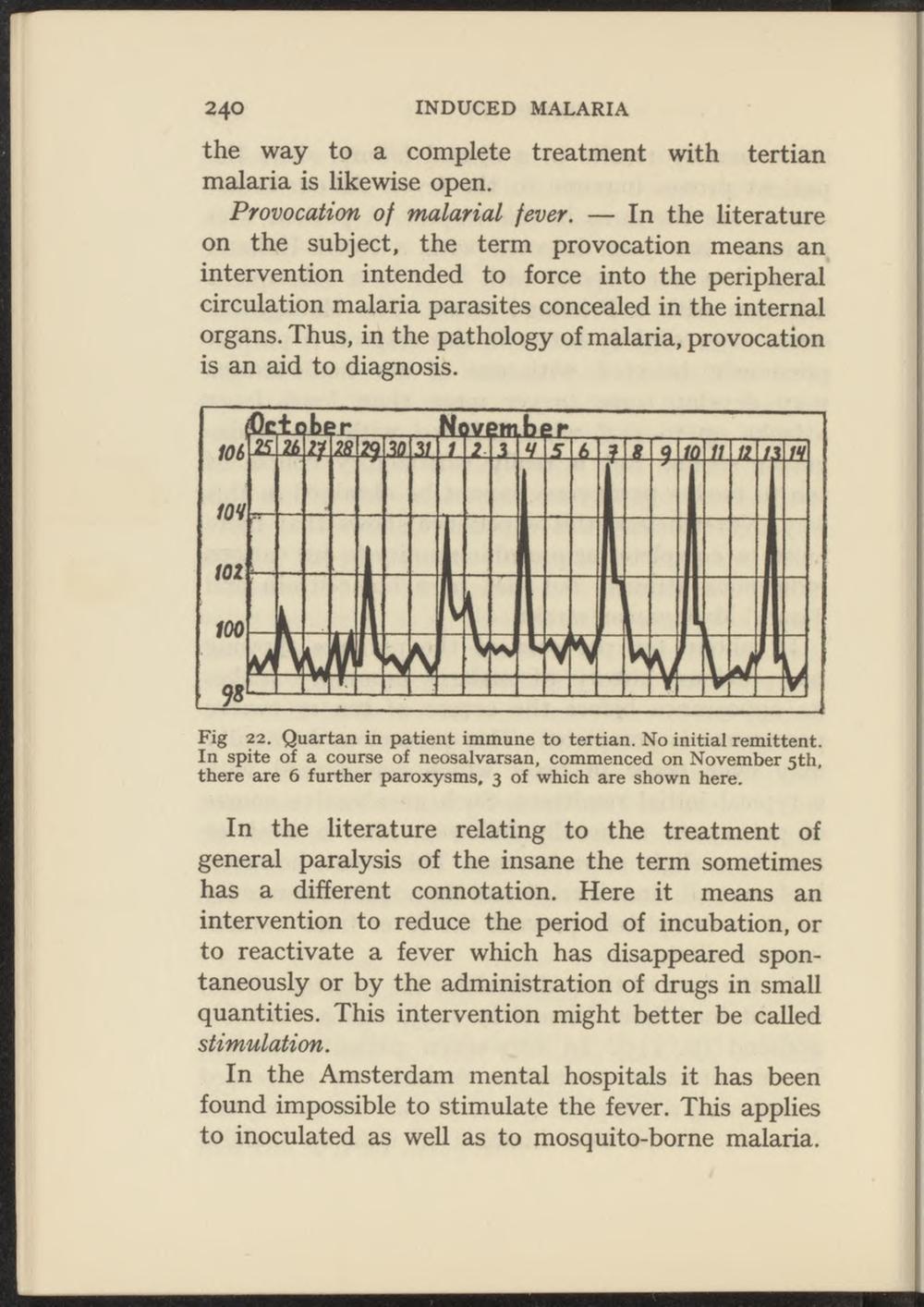 the way to a complete treatment with tertian malaria is likewise open.

Provocation of malarial fever. — In the literature on the subject, the term provocation means an intervention intended to force into the peripheral circulation malaria parasites concealed in the internal organs. Thus, in the pathology of malaria, provocation is an aid to diagnosis.

Fig 22. Quartan in patiënt immune to tertian. No initial remittent. In spite of a course of neosalvarsan, commenced on November 5th, there are 6 further paroxysms, 3 of which are shown here.

In the literature relating to the treatment of general paralysis of the insane the term sometimes has a different connotation. Here it means an intervention to reduce the period of incubation, or to reactivate a fever which has disappeared spontaneously or by the administration of drugs in small quantities. This intervention might better be called stimulation.

In the Amsterdam mental hospitals it has been found impossible to stimulate the fever. This applies to inoculated as well as to mosquito-borne malaria.