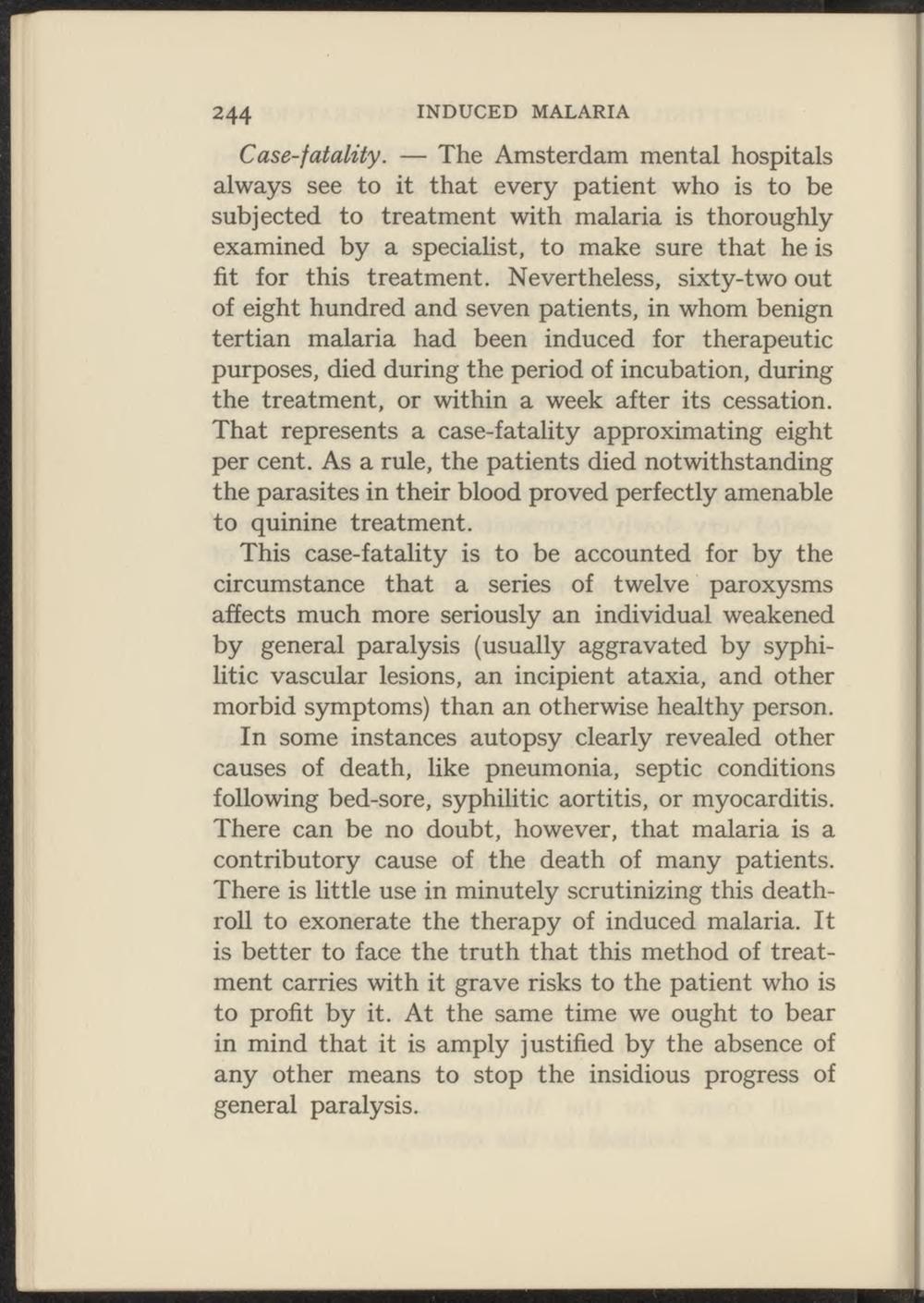 Case-fatality. — The Amsterdam mental hospitals always see to it that every patiënt who is to be subjected to treatment with malaria is thoroughly examined by a specialist, to make sure that he is fit for this treatment. Nevertheless, sixty-two out of eight hundred and seven patients, in whom benign tertian malaria had been induced for therapeutic purposes, died during the period of incubation, during the treatment, or within a week after its cessation. That represents a case-fatality approximating eight per cent. As a rule, the patients died notwithstanding the parasites in their blood proved perfectly amenable to quinine treatment.

This case-fatality is to be accounted for by the circumstance that a series of twelve paroxysms affects much more seriously an individual weakened by general paralysis (usually aggravated by syphilitic vascular lesions, an incipient ataxia, and other morbid symptoms) than an otherwise healthy person.

In some instances autopsy clearly revealed other causes of death, like pneumonia, septic conditions following bed-sore, syphilitic aortitis, or myocarditis. There can be no doubt, however, that malaria is a contributory cause of the death of many patients. There is little use in minutely scrutinizing this deathroll to exonerate the therapy of induced malaria. It is better to face the truth that this method of treatment carries with it grave risks to the patiënt who is to profit by it. At the same time we ought to bear in mind that it is amply justified by the absence of any other means to stop the insidious progress of general paralysis.