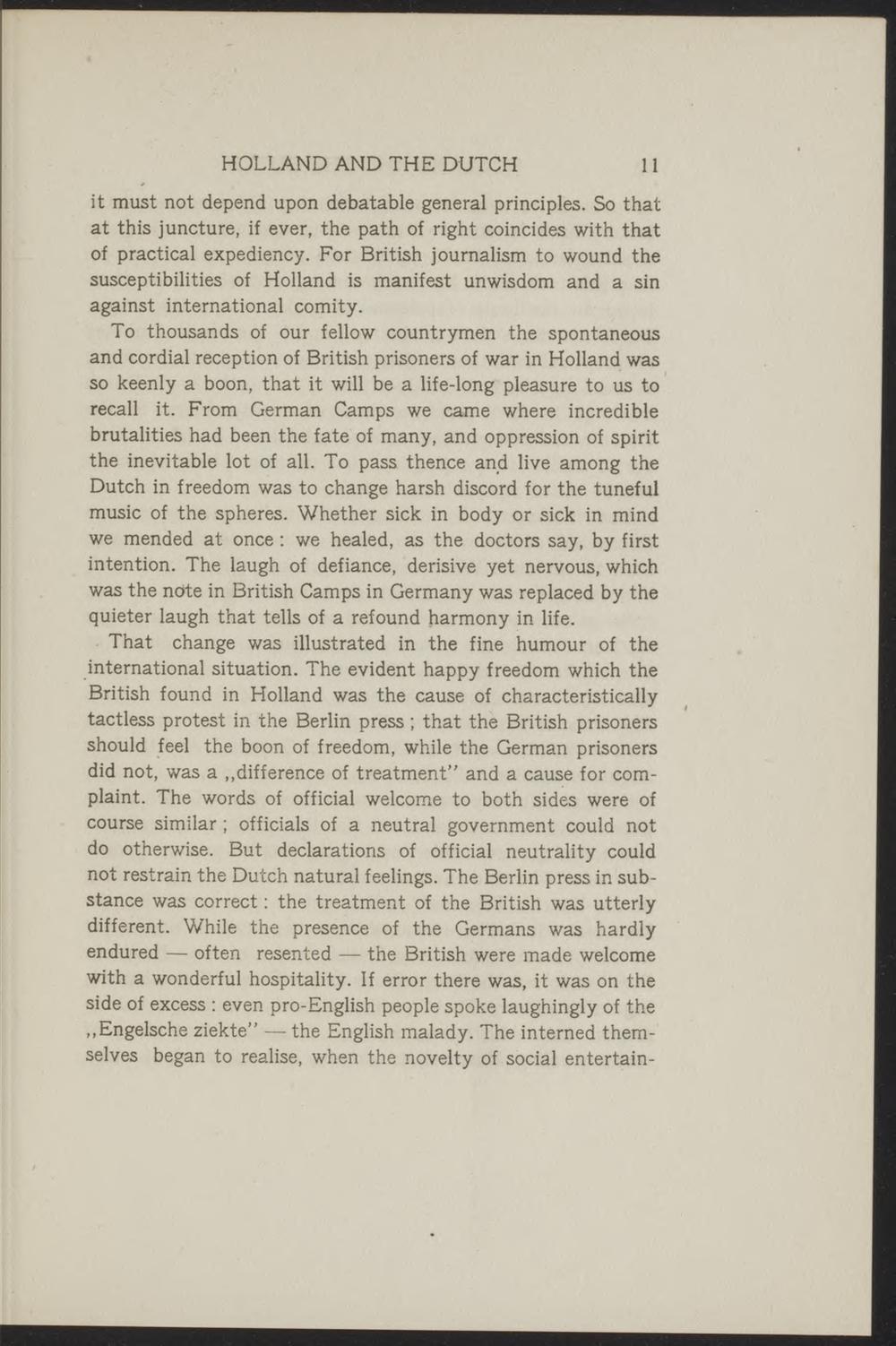 it must not depend upon debatable general principles. So that at this juncture, if ever, the path of right coincides with that of practical expediency. For British journalism to wound the susceptibilities of Holland is manifest unwisdom and a sin against international comity.

To thousands of our fellow countrymen the spontaneous and cordial reception of British prisoners of war in Holland was so keenly a boon, that it will be a life-long pleasure to us to recall it. From German Camps we came where incredible brutalities had been the fate of many, and oppression of spirit the inevitable lot of all. To pass thence and live among the Dutch in freedom was to change harsh discord for the tuneful music of the spheres. Whether sick in body or sick in mind we mended at once : we healed, as the doctors say, by first intention. The laugh of defiance, derisive yet nervous, which was the note in British Camps in Germany was replaced by the quieter laugh that tells of a refound harmony in life.

That change was illustrated in the fine humour of the international situation. The evident happy freedom which the British found in Holland was the cause of characteristically tactless protest in the Berlin press ; that the British prisoners should feel the boon of freedom, while the German prisoners did not, was a „difference of treatment" and a cause for complaint. The words of official welcome to both sides were of course similar ; officials of a neutral government could not do otherwise. But declarations of official neutrality could not restrain the Dutch natural feelings. The Berlin press in substance was correct: the treatment of the British was utterly different. While the presence of the Germans was hardly endured — often resented — the British were made welcome with a wonderful hospitality. If error there was, it was on the side of excess : even pro-English people spoke laughingly of the „Engelsche ziekte" — the English malady. The interned themselves began to realise, when the novelty of social entertain-