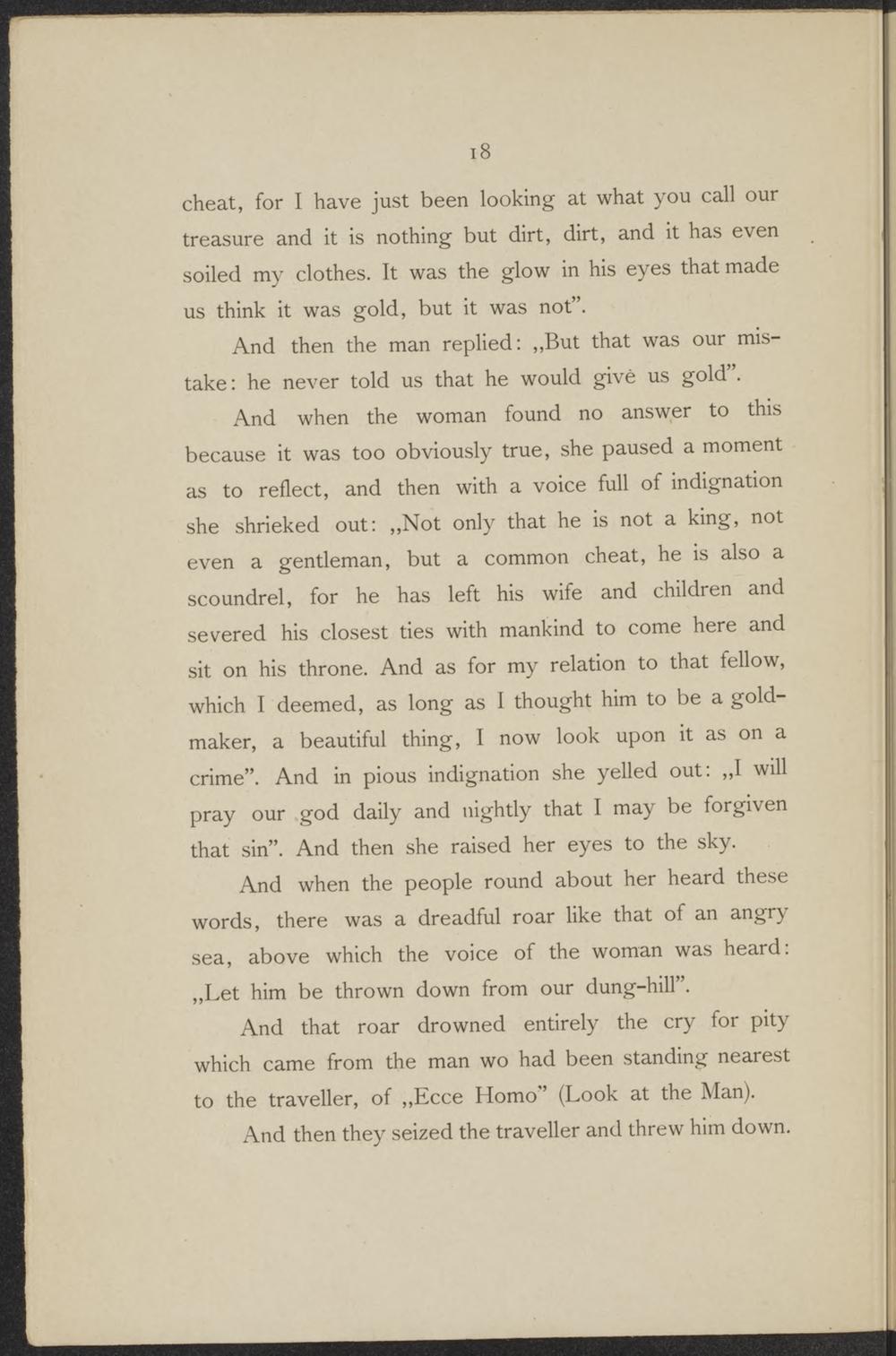 cheat, for I have just been looking at what you call our treasure and it is nothing but dirt, dirt, and it has even soiled my clothes. It was the glow in his eyes that made us think it was gold, but it was not .

And then the man replied: „But that was our mistake: he never told us that he would givé us gold".

And when the woman found no answer to this because it was too obviously true, she paused a moment as to reflect, and then with a voice full of indignation she shrieked out: „Not only that he is not a king, not even a gentleman, but a common cheat, he is also a scoundrel, for he has left his wife and children and severed his closest ties with mankind to come here and sit on his throne. And as for my relation to that fellow, which I deemed, as long as I thought him to be a goldmaker, a beautiful thing, I now look upon it as on a crime". And in pious indignation she yelled out: „I will pray our god daily and nightly that I may be torgiven that sin". And then she raised her eyes to the sky.

And when the people round about her heard these words, there was a dreadful roar like that of an angry sea, above which the voice of the woman was heard: „Let him be thrown down from our dung-hill".

And that roar drowned entirely the cry for pity which came from the man wo had been standing nearest to the traveller, of „Ecce Homo" (Look at the Man).

And then they seized the traveller and threw him down.