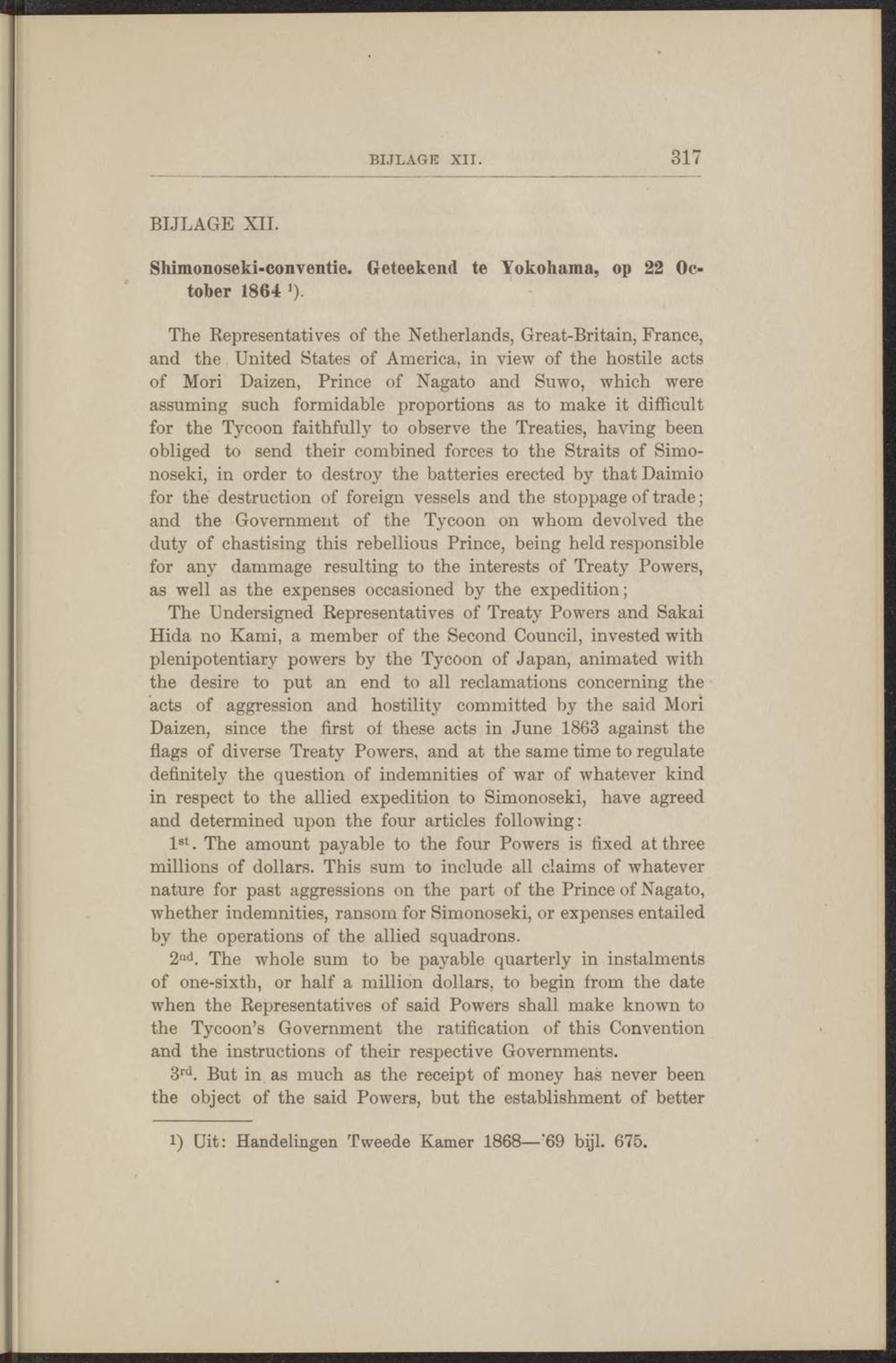 The Representatives of the Netherlands, Great-Britain, France, and the United States of America, in view of the hostile acts of Mori Daizen, Prince of Nagato and Suwo, which were assuming such formidable proportions as to make it difficult for the Tycoon faithfully to observe the Treaties, having been obliged to send their combined forces to the Straits of Simonoseki, in order to destroy the batteries erected by that Daimio for the destruction of foreign vessels and the stoppage of trade; and the Government of the Tycoon on whom devolved the duty of chastising this rebellious Prince, being held responsible for any dammage resulting to the interests of Treaty Powers, as well as the expenses occasioned by the expedition;

The Undersigned Representatives of Treaty Powers and Sakai Hida no Kami, a member of the Second Council, invested with plenipotentiary powers by the Tycoon of Japan, animated with the desire to put an end to all reclamations concerning the acts of aggression and hostility committed by the said Mori Daizen, since the first of these acts in June 1863 against the flags of diverse Treaty Powers, and at the same time to regulate definitely the question of indemnities of war of whatever kind in respect to the allied expedition to Simonoseki, have agreed and determined upon the four articles following:

lst. The amount payable to the four Powers is fixed at three millions of dollars. This sum to include all claims of whatever nature for past aggressions on the part of the Prince of Nagato, whether indemnities, ransom for Simonoseki, or expenses entailed by the operations of the allied squadrons.

2nd. The whole sum to be payable quarterly in instalments of one-sixth, or half a million dollars, to begin from the date when the Representatives of said Powers shall make known to the Tycoon's Government the ratification of this Convention and the instructions of their respective Governments.

3rd. But in as much as the receipt of money has never been the object of the said Powers, but the establishment of better