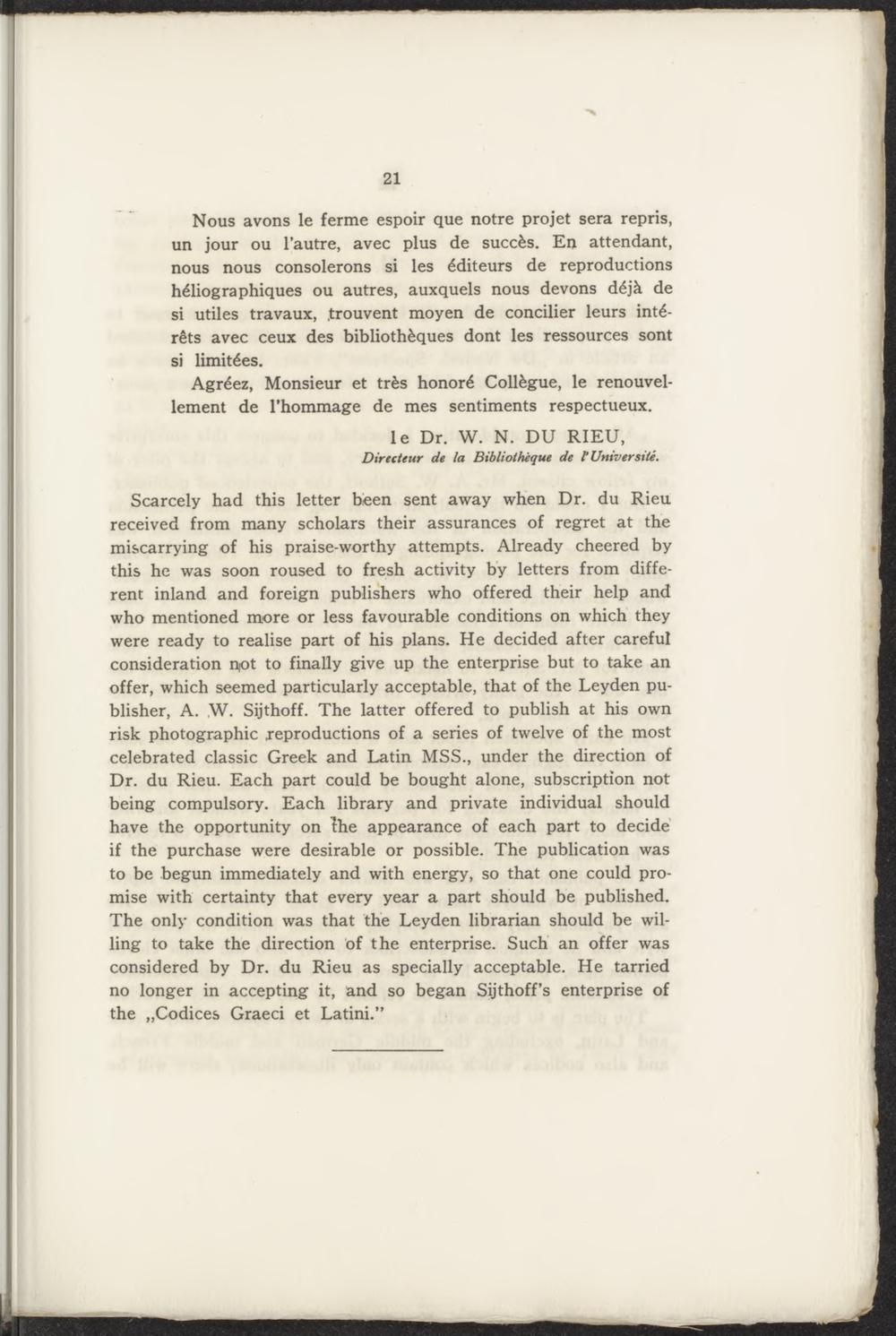 Scarcely had this letter been sent away when Dr. du Rieu received from many scholars their assurances of regret at the miscarrying of his praise-worthy attempts. Already cheered by this he was soon roused to fresh activity by letters from different inland and foreign publishers who offered their help and who mentioned more or less favourable conditions on which they were ready to realise part of his plans. He decided after careful consideration pot to finally give up the enterprise but to take an offer, which seemed particularly acceptable, that of the Leyden publisher, A. ,W. Sijthoff. The latter offered to publish at his own risk photographic reproductions of a series of twelve of the most celebrated classic Greek and Latin MSS., under the direction of Dr. du Rieu. Each part could be bought alone, subscription not being compulsory. Each library and private individual should have the opportunity on the appearance of each part to decide if the purchase were desirable or possible. The publication was to be begun immediately and with energy, so that one could promise with certainty that every year a part should be published. The only condition was that the Leyden librarian should be willing to take the direction öf the enterprise. Such an offer was considered by Dr. du Rieu as specially acceptable. He tarried no longer in accepting it, and so began Sijthoff's enterprise of the „Codices Graeci et Latini."