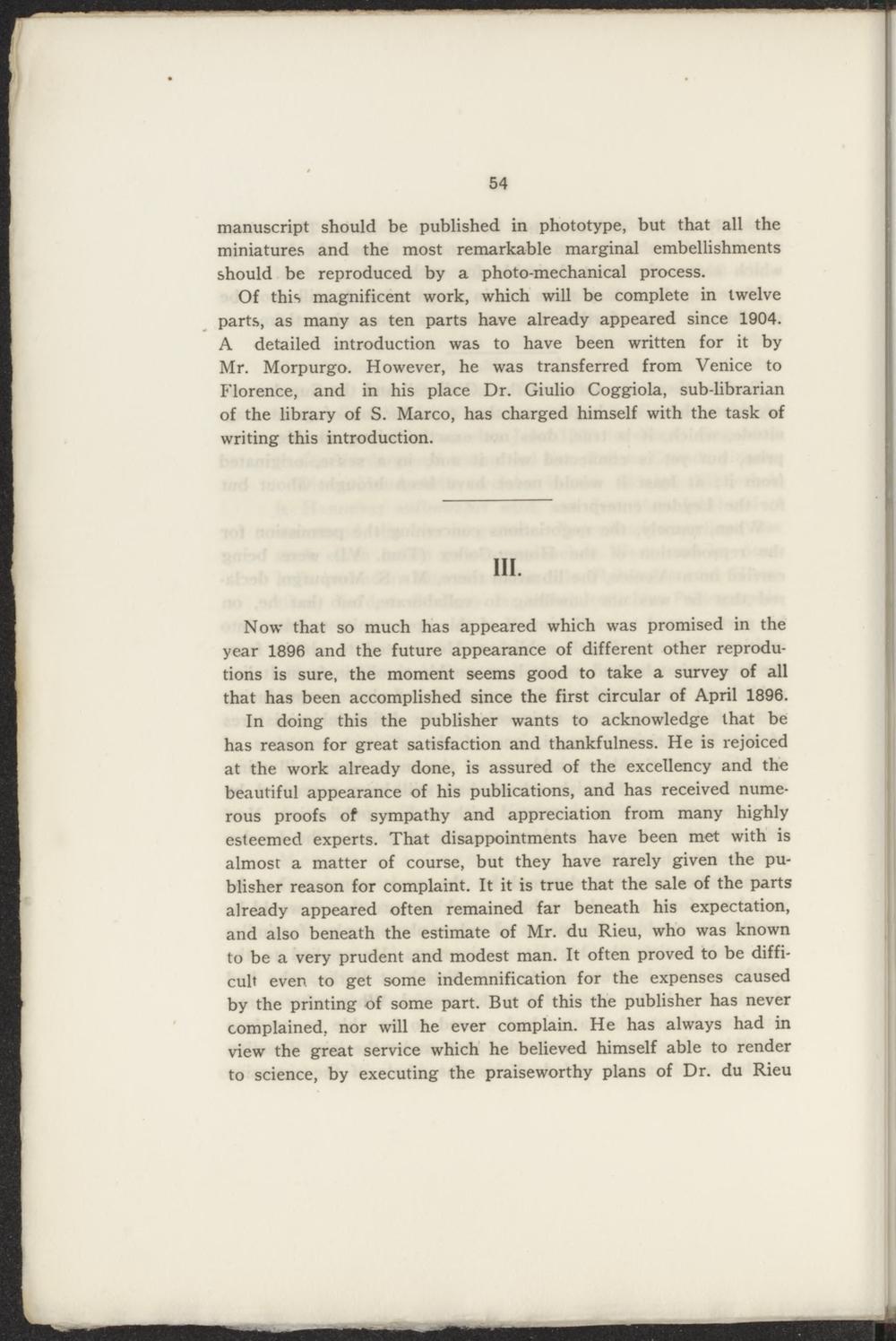 manuscript should be published in phototype, but that all the miniatures and the most remarkable marginal embellishments should be reproduced by a photo-mechanical process.

Of this magnificent work, which will be complete in twelve parts, as many as ten parts have already appeared since 1904. A detailed introduction was to have been written for it by Mr. Morpurgo. However, he was transferred from Venice to Florence, and in his place Dr. Giulio Coggiola, sub-librarian of the library of S. Marco, has charged himself with the task of writing this introduction.

Now that so much has appeared which was promised in the year 1896 and the future appearance of different other reprodutions is sure, the moment seems good to take a survey of all that has been accomplished since the first circular of April 1896.

In doing this the publisher wants to acknowledge that be has reason for great satisfaction and thankfulness. He is rejoiced at the work already done, is assured of the excellency and the beautiful appearance of his publications, and has received numerous proofs of sympathy and appreciation from many highly esteemed experts. That disappointments have been met with is almost a matter of course, but they have rarely given the publisher reason for complaint. It it is true that the sale of the parts already appeared often remained far beneath his expectation, and also beneath the estimate of Mr. du Rieu, who was known to be a very prudent and modest man. It often proved to be difficult even to get some indemnification for the expenses caused by the printing of some part. But of this the publisher has never complained, nor will he ever complain. He has always had in view the great service which he believed himself able to render to science, by executing the praiseworthy plans of Dr. du Rieu