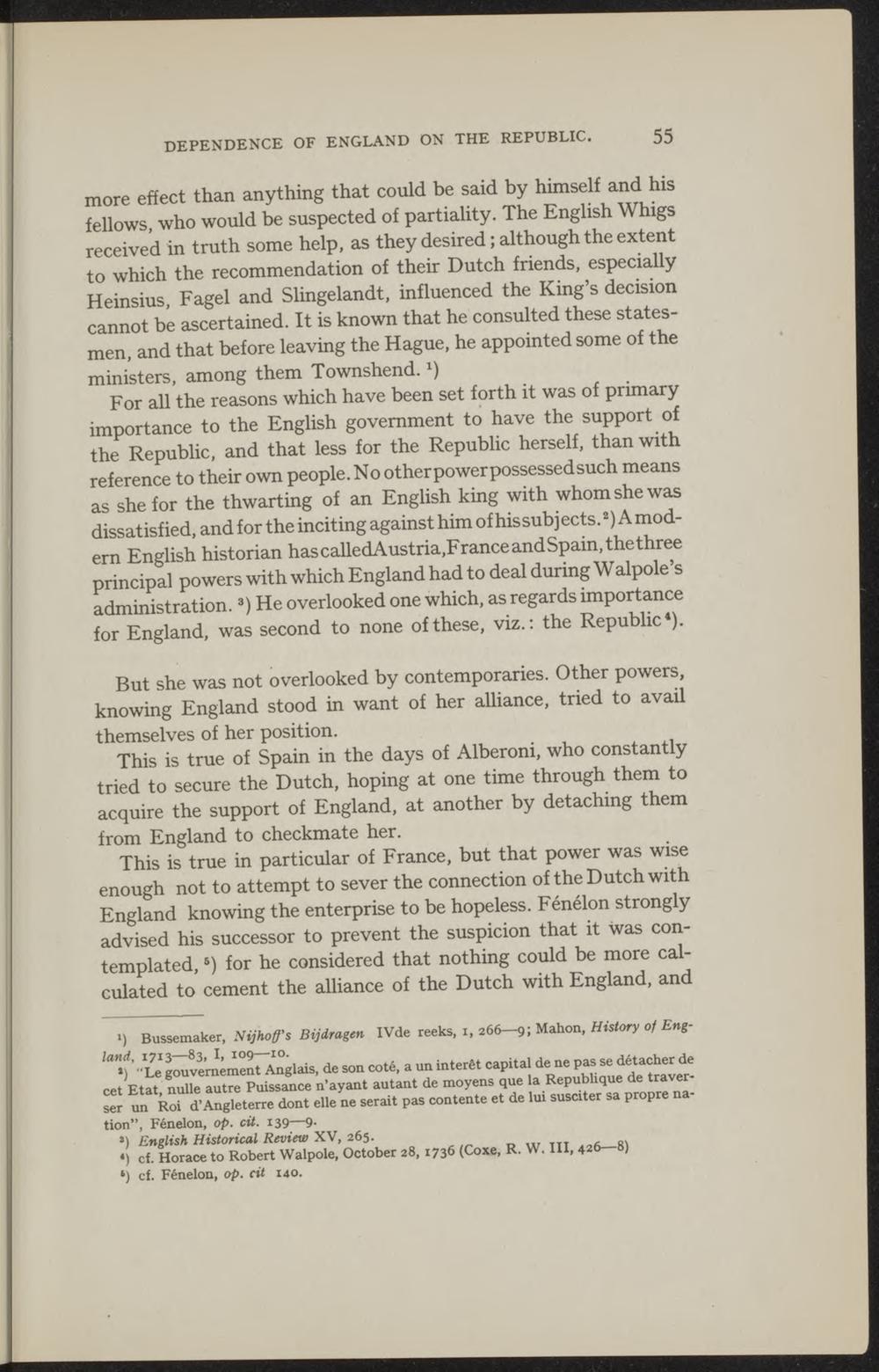 more effect than anything that could be said by himself and his fellows, who would be suspected of partiality. The English Whigs received in truth some help, as they desired; although the extent to which the recommendation of their Dutch friends, especially Heinsius Fagel and Slingelandt, influenced the King's decision cannot bè ascertained. It is known that he consulted these statesmen, and that before leaving the Hague, he appointed some of the

ministers, among them Townshend. )

For all the reasons which have been set forth it was of primary importance to the English government to have the support of the Republic, and that less for the Republic herself, than with reference to their own people. No otherpowerpossessedsuch means as shefor the thwarting of an English king with whomshewas dissatisfied, and for the inciting against him of hissubjects.2) A modern English historian has calledAustria.France and Spain, the three principal powers with which England had to deal during Walpole's administration.3) He overlooked one which, as regards importance for England, was second to none of these, viz, the Republic <).

But she was not overlooked by contemporaries. Other powers, knowing England stood in want of her alliance, tried to avail

themselves of her position.

This is true of Spain in the days of Alberom, who constantly

tried to secure the Dutch, hoping at one time through them to

acquire the support of England, at another by detaching them

from England to checkmate her.

This is true in particular of France, but that power was wise enough not to attempt to sever the connection of the Dutch with England knowing the enterprise to be hopeless. Fénélon strongly advised his successor to prevent the suspicion that it was contemplated,6) for he considered that nothing could be more calculated to'cement the alliance of the Dutch with England, and