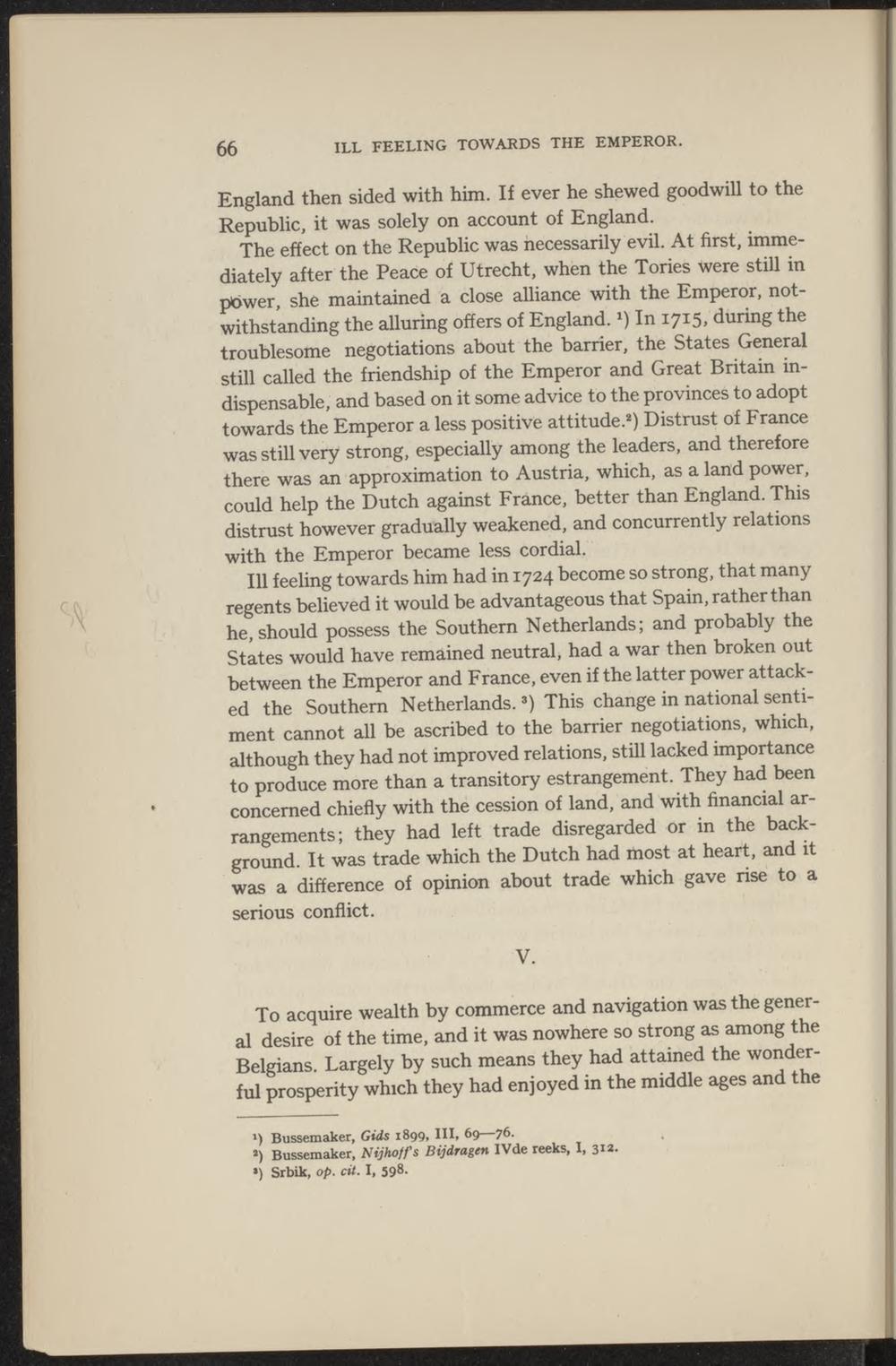 England then sided with him. If ever he shewed goodwill to the Republic, it was solely on account of England.

The effect on the Republic was necessarily evil. At first, immediately after the Peace of Utrecht, when the Tories were still m pöwer she maintained a close alliance with the Emperor, notwithst'anding the alluring offers of England. «) In 1715, during the troublesome negotiations about the barrier, the States General still called the friendship of the Emperor and Great Britam ïndispensable, and based on it some advice to the provinces to adopt towards the Emperor a less positive attitude.2) Distrust of France was still very strong, especially among the leaders, and therefore there was an approximation to Austria, which, as a land power, could help the Dutch against France, better than England. This distrust however gradually weakened, and concurrently relations with the Emperor became less cordial.

111 feeling towards him had in 1724 become so strong, that many regents believed it would be advantageous that Spain, rather than he, should possess the Southern Netherlands; and probably the States would have remained neutral, had a war then broken out between the Emperor and France, even if the latter power attacked the Southern Netherlands.3) This change in national sentiment cannot all be ascribed to the barrier negotiations, which, although they had not improved relations, still lacked importance to produce more than a transitory estrangement. They had been concerned chiefly with the cession of land, and with fmancial arrangements; they had left trade disregarded or in the background. It was trade which the Dutch had most at heart, and it was a difference of opinion about trade which gave rise to a serious conflict.

To acquire wealth by commerce and navigation was the general desire of the time, and it was nowhere so strong as among the Belgians. Largely by such means they had attained the wonderful prosperity which they had enjoyed in the middle ages and the