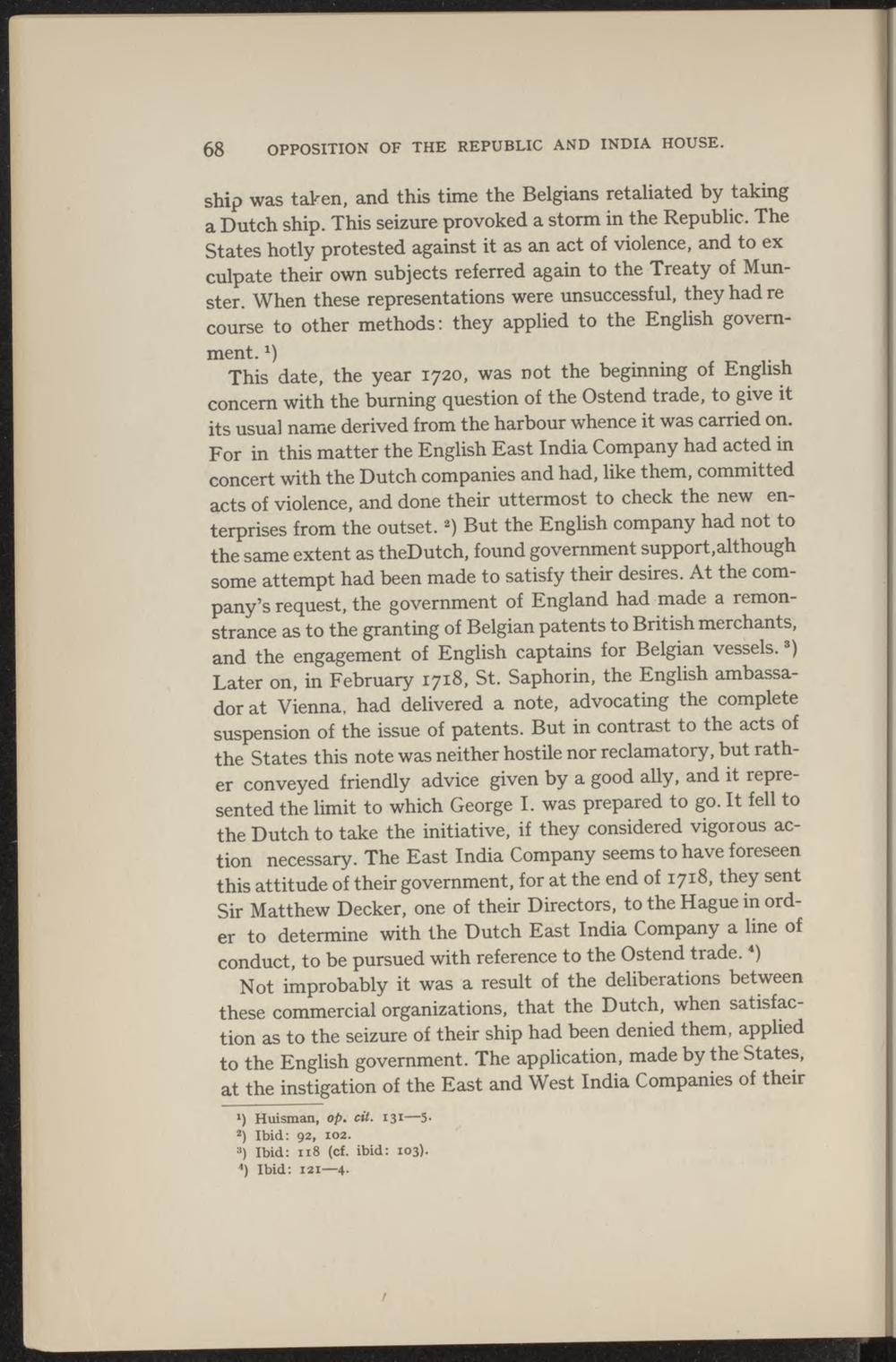 ship was taken, and this time the Belgians retaliated by taking a Dutch ship. This seizure provoked a storm in the Republic. The States hotly protested against it as an act of violence, and to ex culpate their own subjects referred again to the Treaty of Munster. When these representations were unsuccessful, they had re course to other methods: they applied to the English govern-

This date, the year 1720, was not the beginning of English concern with the burning question of the Ostend trade, to give it its usual name derived from the harbour whence it was carried on. For in this matter the English East India Company had acted in concert with the Dutch companies and had, like them, committed acts of violence, and done their uttermost to check the new enterprises from the outset.2) But the English company had not to the same extent as theDutch, found government support,although some attempt had been made to satisfy their desires. At the company's request, the government of England had made a remonstrance as to the granting of Belgian patents to British merchants, and the engagement of English captains for Belgian vessels. ) Later on, in February 1718, St. Saphorin, the English ambassador at Vienna, had delivered a note, advocating the complete suspension of the issue of patents. But in contrast to the acts of the States this note was neither hostile nor reclamatory, but rather conveyed friendly advice given by a good ally, and it represented the limit to which George I. was prepared to go. It feil to the Dutch to take the initiative, if they considered vigorous action necessary. The East India Company seems to have foreseen this attitude of their government, for at the end of 1718, they sent Sir Matthew Decker, one of their Directors, to the Hague in order to determine with the Dutch East India Company a line of conduct, to be pursued with reference to the Ostend trade.4)

Not improbably it was a result of the deliberations between these commercial organizations, that the Dutch, when satisfaction as to the seizure of their ship had been denied them, applied to the English government. The application, made by the States, at the instigation of the East and West India Companies of their