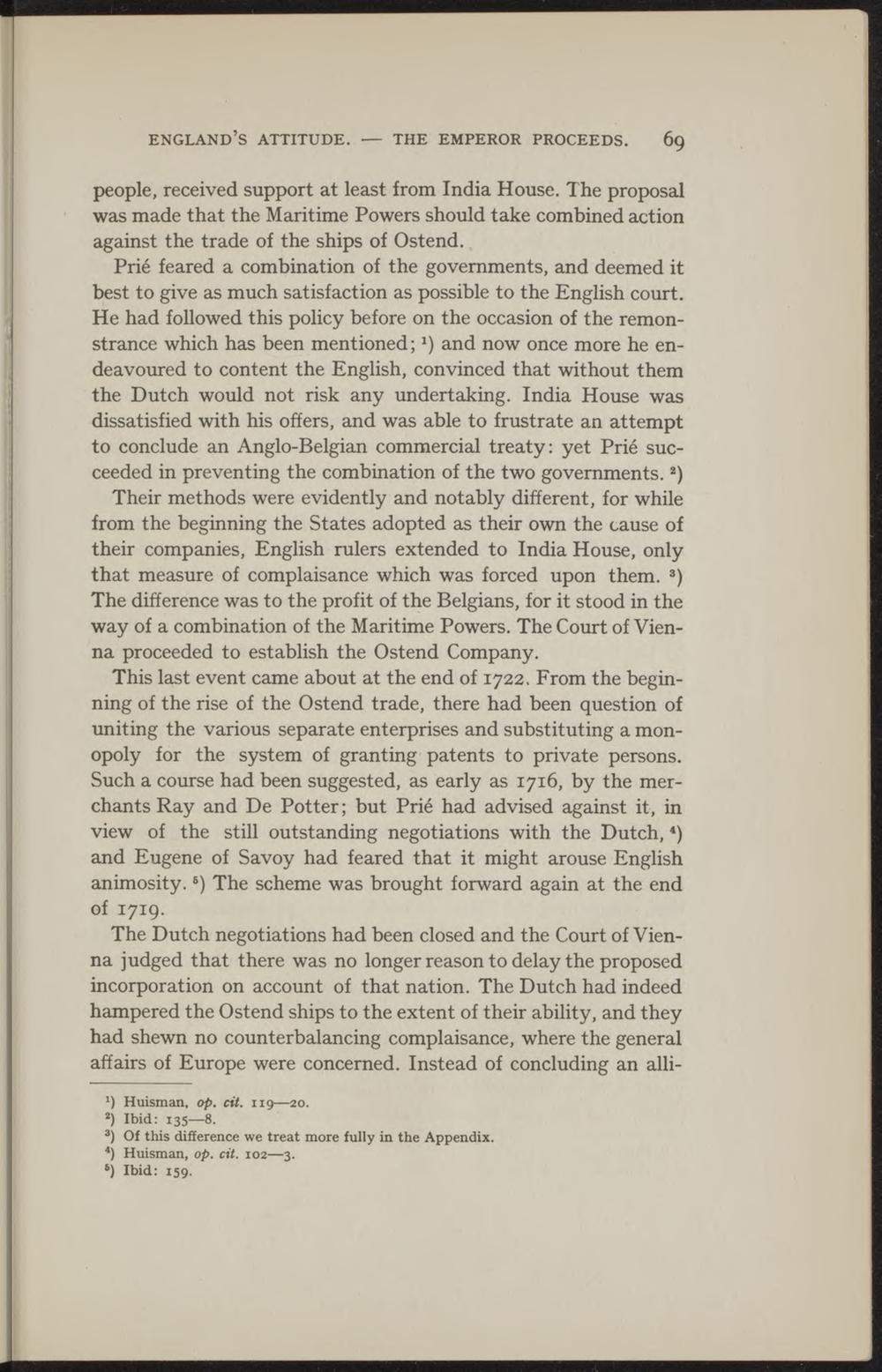 people, received support at least from India House. The proposal was made that the Maritime Powers should take combined action against the trade of the ships of Ostend.

Prié feared a combination of the governments, and deemed it best to give as much satisfaction as possible to the English court. He had followed this policy before on the occasion of the remonstrance which has been mentioned;x) and now once more he endeavoured to content the English, convinced that without them the Dutch would not risk any undertaking. India House was dissatisfied with his offers, and was able to frustrate an attempt to conclude an Anglo-Belgian commercial treaty: yet Prié succeeded in preventing the combination of the two governments.2)

Their methods were evidently and notably different, for while from the beginning the States adopted as their own the cause of their companies, English rulers extended to India House, only that measure of complaisance which was forced upon them. 3) The difference was to the profit of the Belgians, for it stood in the way of a combination of the Maritime Powers. The Court of Vienna proceeded to establish the Ostend Company.

This last event came about at the end of 1722. From the beginning of the rise of the Ostend trade, there had been question of uniting the various separate enterprises and substituting a monopoly for the system of granting patents to private persons. Such a course had been suggested, as early as 1716, by the merchants Ray and De Potter; but Prié had advised against it, in view of the still outstanding negotiations with the Dutch,4) and Eugene of Savoy had feared that it might arouse English animosity.6) The scheme was brought forward again at the end of 1719.

The Dutch negotiations had been closed and the Court of Vienna judged that there was no longer reason to delay the proposed incorporation on account of that nation. The Dutch had indeed hampered the Ostend ships to the extent of their ability, and they had shewn no counterbalancing complaisance, where the general affairs of Europe were concerned. Instead of concluding an alli-

3) Of this difference we treat more fully in the Appendix.