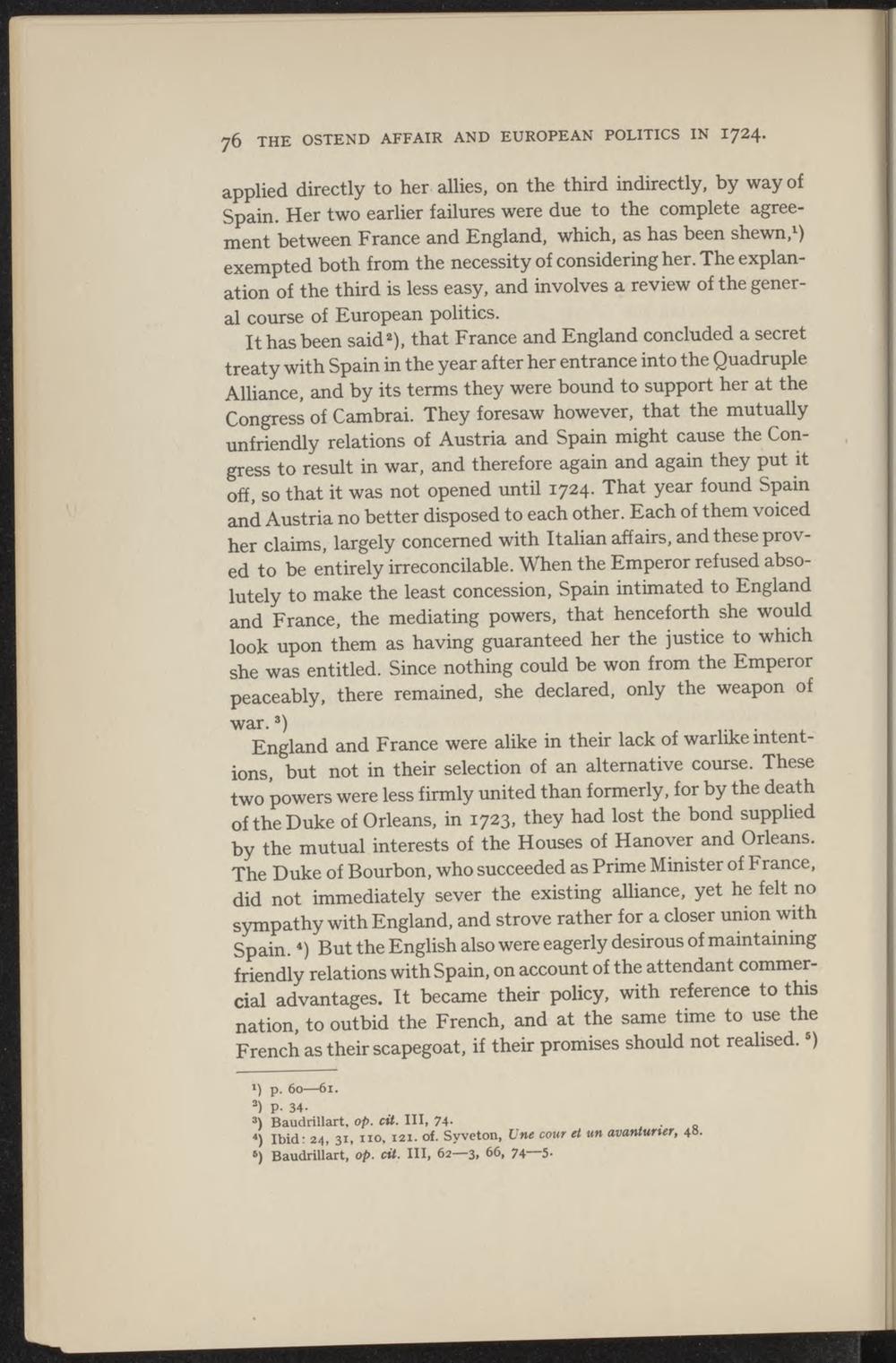 applied directly to her allies, on the third indirectly, by way of Spain. Her two earlier failures were due to the complete agreement between France and England, which, as has been shewn,1) exempted both from the necessity of consideringher.Theexplanation of the third is less easy, and involves a review of the gener-

It has been said2), that France and England concluded a secret treaty with Spain in the year after her entrance into the Quadruple Alliance, and by its terms they were bound to support her at the Congress of Cambrai. They foresaw however, that the mutually unfriendly relations of Austria and Spain might cause the Congress to result in war, and therefore again and again they put it off, so that it was not opened until 1724. That year found Spain and Austria no better disposed to each other. Each of them voiced her claims, largely concerned with Italian affairs, and these proved to be entirely irreconcilable. When the Emperor refused absolutely to make the least concession, Spain intimated to England and France, the mediating powers, that henceforth she would look upon them as having guaranteed her the justice to which she was entitled. Since nothing could be won from the Emperor peaceably, there remained, she declared, only the weapon of

England and France were alike in their lack of warlike mtent-

ions, but not in their selection of an alternative course. These two 'powers were less firmly united than formerly, for by the death of the Duke of Orleans, in 1723, they had lost the bond supplied by the mutual interests of the Houses of Hanover and Orleans. The Duke of Bourbon, who succeeded as Prime Minister of France, did not immediately sever the existing alliance, yet he feit no sympathy with England, and strove rather for a closer union with Spain.4) But the English also were eagerly desirous of maintaining friendly relations with Spain, on account of the attendant commercial advantages. It became their policy, with reference to this nation, to outbid the French, and at the same time to use the French as their scapegoat, if their promises should not realised.6)