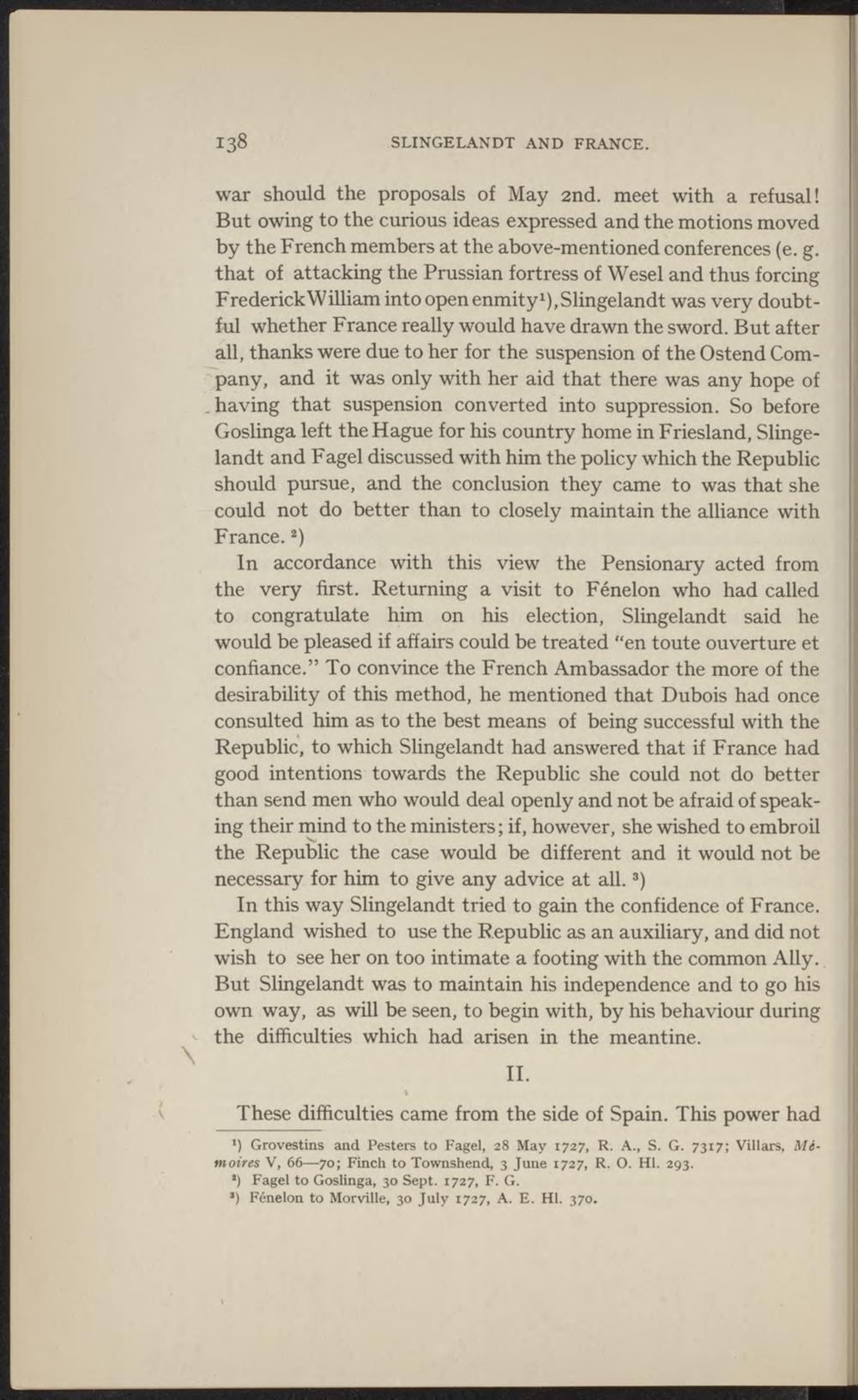 war should the proposals of May 2nd. meet with a refusal! But owing to the curious ideas expressed and the motions moved by the French members at the above-mentioned conferences (e. g. that of attacking the Prussian fortress of Wesel and thus forcing FrederickWilliaminto openenmity1), Slingelandt was very doubtful whether France really would have drawn the sword. But after all, thanks were due to her for the suspension of the Ostend Company, and it was only with her aid that there was any hope of having that suspension converted into suppression. So before Goslinga left the Hague for his country home in Friesland, Slingelandt and Fagel discussed with him the policy which the Republic should pursue, and the conclusion they came to was that she could not do better than to closely maintain the alliance with France.2)

In accordance with this view the Pensionary acted from the very first. Returning a visit to Fénelon who had called to congratulate him on his election, Slingelandt said he would be pleased if affairs could be treated "en toute ouverture et confiance." To convince the French Ambassador the more of the desirability of this method, he mentioned that Dubois had once consulted him as to the best means of being successful with the Republic, to which Slingelandt had answered that if France had good intentions towards the Republic she could not do better than send men who would deal openly and not be afraid of speaking their mind to the ministers; if, however, she wished to embroil the Republic the case would be different and it would not be necessary for him to give any advice at all.3)

In this way Slingelandt tried to gain the confidence of France. England wished to use the Republic as an auxiliary, and did not wish to see her on too intimate a footing with the common Ally. But Slingelandt was to maintain his independence and to go his own way, as will be seen, to begin with, by his behaviour during the difficulties which had arisen in the meantine.

These difficulties came from the side of Spain. This power had