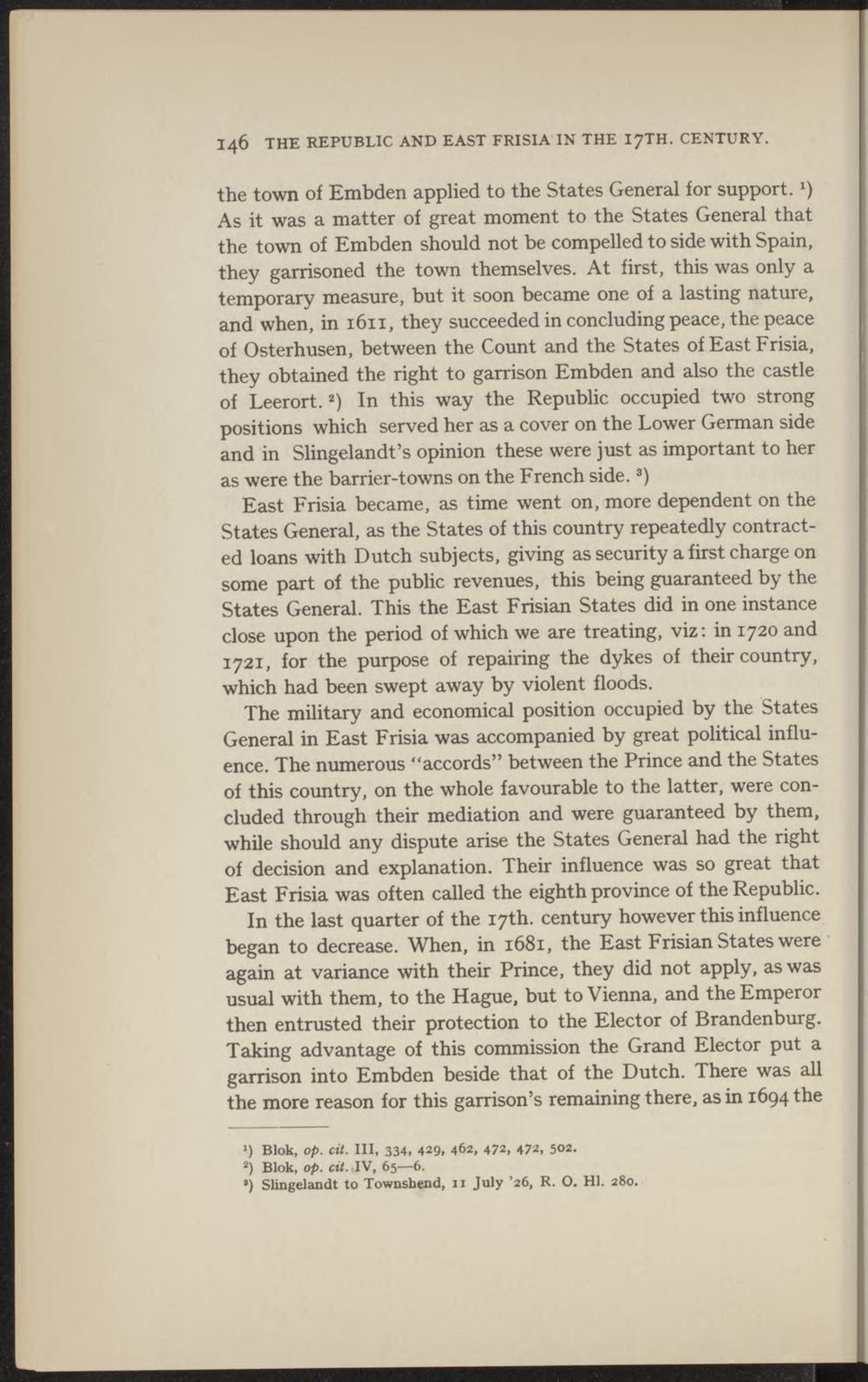 the town of Embden applied to the States General for support. l) As it was a matter of great moment to the States General that the town of Embden should not be compelled to side with Spain, they garrisoned the town themselves. At first, this was only a temporary measure, but it soon became one of a lasting nature, and when, in 1611, they succeeded in concluding peace, the peace of Osterhusen, between the Count and the States of EastFrisia, they obtained the right to garrison Embden and also the castle of Leerort.2) In this way the Republic occupied two strong positions which served her as a cover on the Lower German side and in Slingelandt's opinion these were just as important to her as were the barrier-towns on the French side.3)

East Frisia became, as time went on, more dependent on the States General, as the States of this country repeatedly contracted loans with Dutch subjects, giving as security a first charge on some part of the public revenues, this being guaranteed by the States General. This the East Frisian States did in one instance close upon the period of which we are treating, viz: in 1720 and 1721, for the purpose of repairing the dykes of their country, which had been swept away by violent floods.

The military and economical position occupied by the States General in East Frisia was accompanied by great political influence. The numerous "accords" between the Prince and the States of this country, on the whole favourable to the latter, were concluded through their mediation and were guaranteed by them, while should any dispute arise the States General had the right of decision and explanation. Their influence was so great that East Frisia was often called the eighth province of the Republic.

In the last quarter of the I7th. century however this influence began to decrease. When, in 1681, the East Frisian States were again at variance with their Prince, they did not apply, as was usual with them, to the Hague, but to Vienna, and the Emperor then entrusted their protection to the Elector of Brandenburg. Taking advantage of this commission the Grand Elector put a garrison into Embden beside that of the Dutch. There was all the more reason for this garrison's remaining there, as in 1694 the