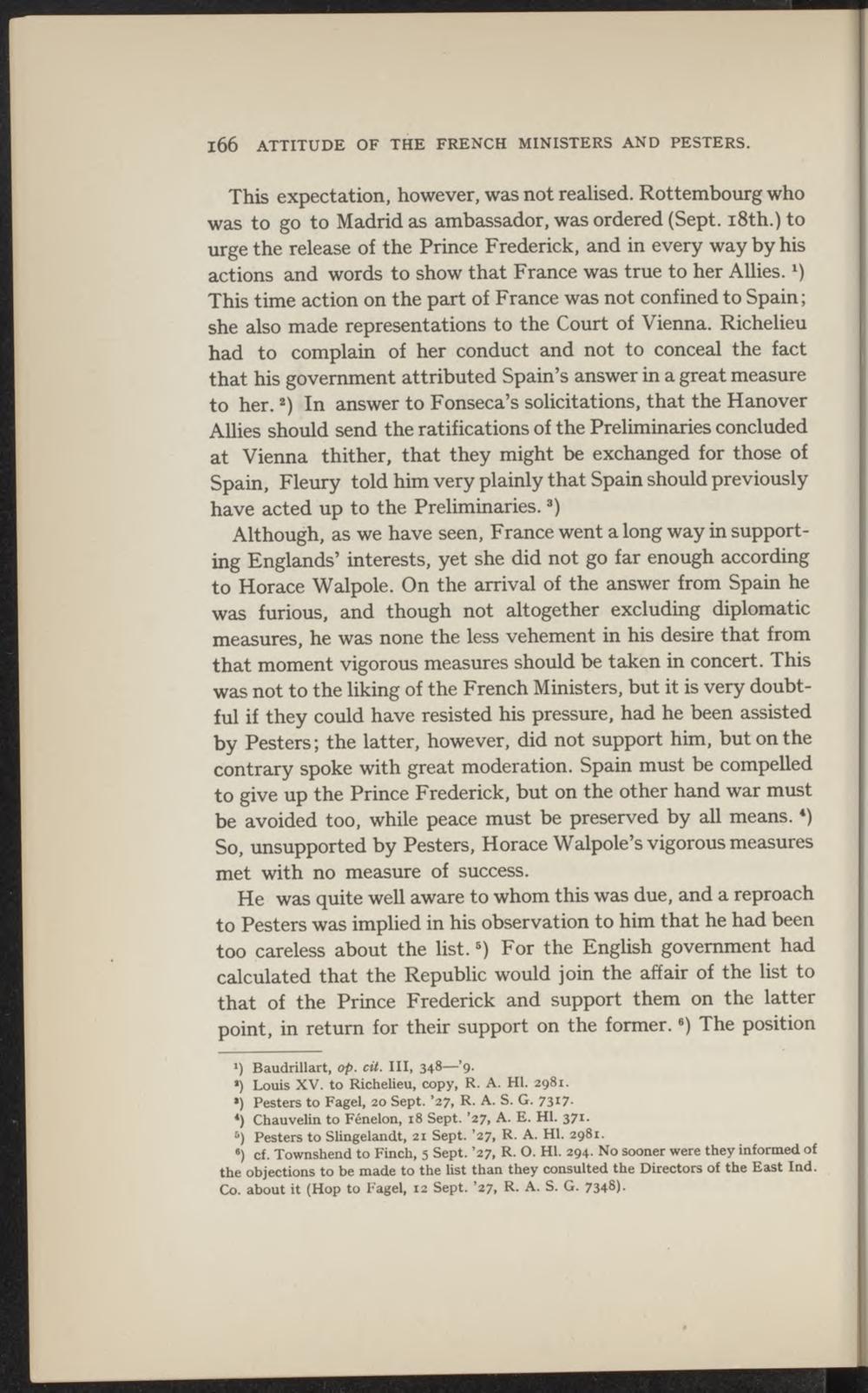 This expectation, however, was not realised. Rottembourg who was to go to Madrid as ambassador, was ordered (Sept. i8th.)to urge the release of the Prince Frederick, and in every way by his actions and words to show that France was true to her Allies.x) This time action on the part of France was not confined to Spain; she also made representations to the Court of Vienna. Richelieu had to complain of her conduct and not to conceal the fact that his government attributed Spain's answer in a great measure to her.2) In answer to Fonseca's solicitations, that the Hanover Allies should send the ratifications of the Preliminaries concluded at Vienna thither, that they might be exchanged for those of Spain, Fleury told him very plainly that Spain should previously have acted up to the Preliminaries.3)

Although, as we have seen, France went a long way in supporting Englands' interests, yet she did not go far enough according to Horace Walpole. On the arrival of the answer from Spain he was furious, and though not altogether excluding diplomatic measures, he was none the less vehement in his desire that from that moment vigorous measures should be taken in concert. This was not to the liking of the French Ministers, but it is very doubtful if they could have resisted his pressure, had he been assisted by Pesters; the latter, however, did not support him, but on the contrary spoke with great moderation. Spain must be compelled to give up the Prince Frederick, but on the other hand war must be avoided too, while peace must be preserved by all means. *) So, unsupported by Pesters, Horace Walpole's vigorous measures met with no measure of success.

He was quite well aware to whom this was due, and a reproach to Pesters was implied in his observation to him that he had been too careless about the list.5) For the English government had calculated that the Republic would join the affair of the list to that of the Prince Frederick and support them on the latter point, in return for their support on the former.6) The position