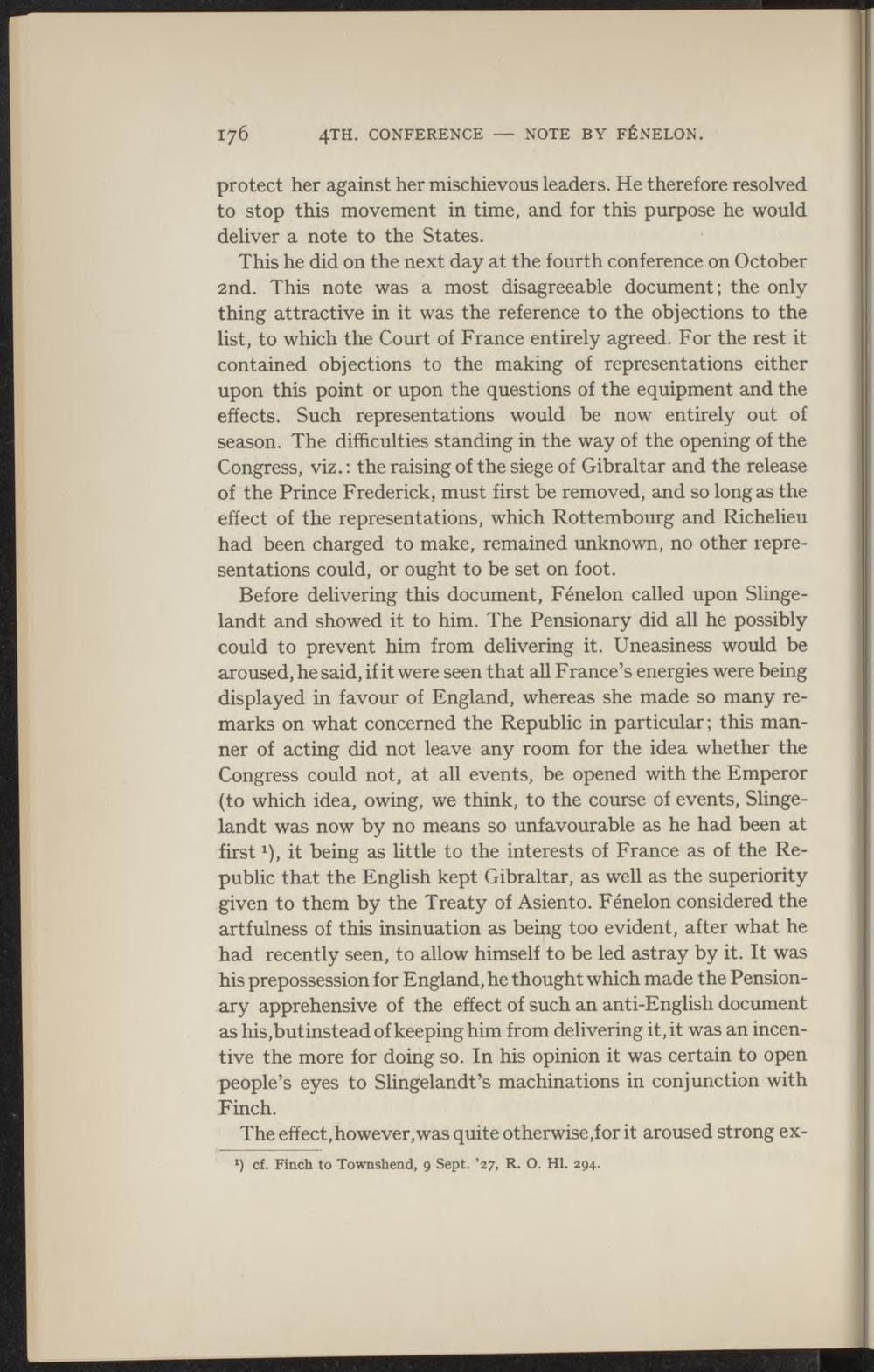 protect her against her mischievous leaders. He therefore resolved to stop this movement in time, and for this purpose he would deliver a note to the States.

This he did on the next day at the fourth conference on October 2nd. This note was a most disagreeable document; the only thing attractive in it was the reference to the objections to the list, to which the Court of France entirely agreed. For the rest it contained objections to the making of representations either upon this point or upon the questions of the equipment and the effects. Such representations would be now entirely out of season. The difïïculties standing in the way of the opening of the Congress, viz.: the raising of the siege of Gibraltar and the release of the Prince Frederick, must first be removed, and so long as the effect of the representations, which Rottembourg and Richelieu had been charged to make, remained unknown, no other representations could, or ought to be set on foot.

Bef ore delivering this document, Fénelon called upon Slingelandt and showed it to him. The Pensionary did all he possibly could to prevent him from delivering it. Uneasiness would be aroused, he said, if it were seen that all France's energies were being displayed in favour of England, whereas she made so many remarks on what concerned the Republic in particular; this manner of acting did not leave any room for the idea whether the Congress could not, at all events, be opened with the Emperor (to which idea, owing, we think, to the course of events, Slingelandt was now by no means so unfavourable as he had been at first1), it being as little to the interests of France as of the Republic that the English kept Gibraltar, as well as the superiority given to them by the Treaty of Asiento. Fénelon considered the artfulness of this insinuation as being too evident, after what he had recently seen, to allow himself to be led astray by it. It was his prepossession for England, he thought which made the Pensionary apprehensive of the effect of such an anti-English document as his,butinstead of keeping him from delivering it, it was an incentive the more for doing so. In his opinion it was certain to open people's eyes to Slingelandt's machinations in conjunction with Finch.