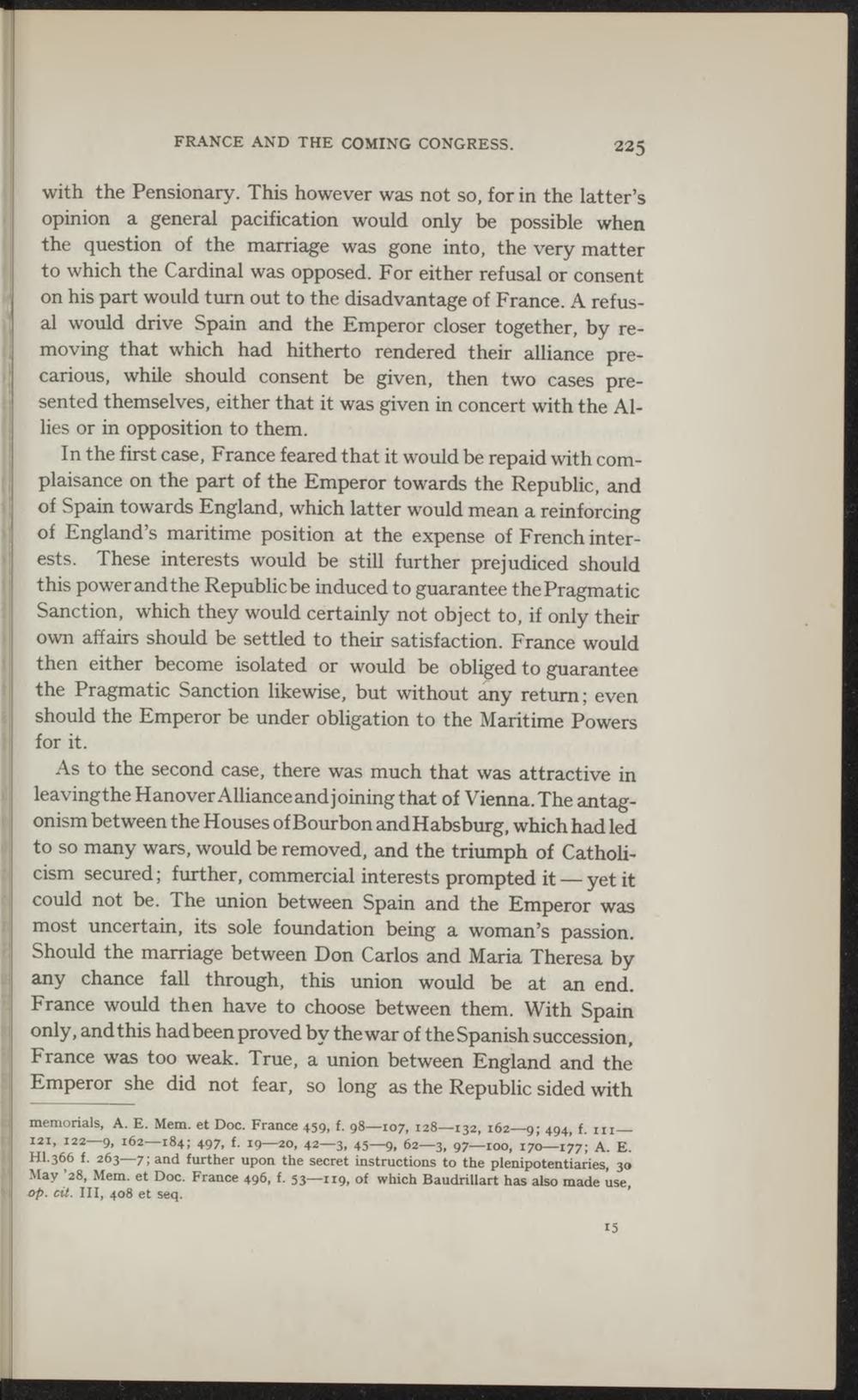 with the Pensionary. This however was not so, for in the latter's opinion a general pacification would only be possible when the question of the marriage was gone into, the very matter to which the Cardinal was opposed. For either refusal or consent on his part would turn out to the disadvantage of France. A refusal would drive Spain and the Emperor closer together, by removing that which had hitherto rendered their alliance precarious, while should consent be given, then two cases presented themselves, either that it was given in concert with the Allies or in opposition to them.

In the first case, France feared that it would be repaid with complaisance on the part of the Emperor towards the Republic, and of Spain towards England, which latter would mean a reinforcing of England's maritime position at the expense of French interests. These interests would be still further prejudiced should this powerandthe Republicbe induced to guarantee thePragmatic Sanction, which they would certainly not object to, if only their own affairs should be settled to their satisfaction. France would then either become isolated or would be obliged to guarantee the Pragmatic Sanction likewise, but without any return; even should the Emperor be under obligation to the Maritime Powers for it.

As to the second case, there was much that was attractive in leavingtheHanover Allianceandjoiningthat of Vienna.The antagonism between the Houses of Bourbon andHabsburg, which had led to so many wars, would be removed, and the triumph of Catholicism secured; further, commercial interests prompted it — yet it could not be. The union between Spain and the Emperor was most uncertain, its sole foundation being a woman's passion. Should the marriage between Don Carlos and Maria Theresa by any chance fall through, this union would be at an end. France would then have to choose between them. With Spain only, and this had been proved by the war of theSpanish succession, France was too weak. True, a union between England and the Emperor she did not fear, so long as the Republic sided with