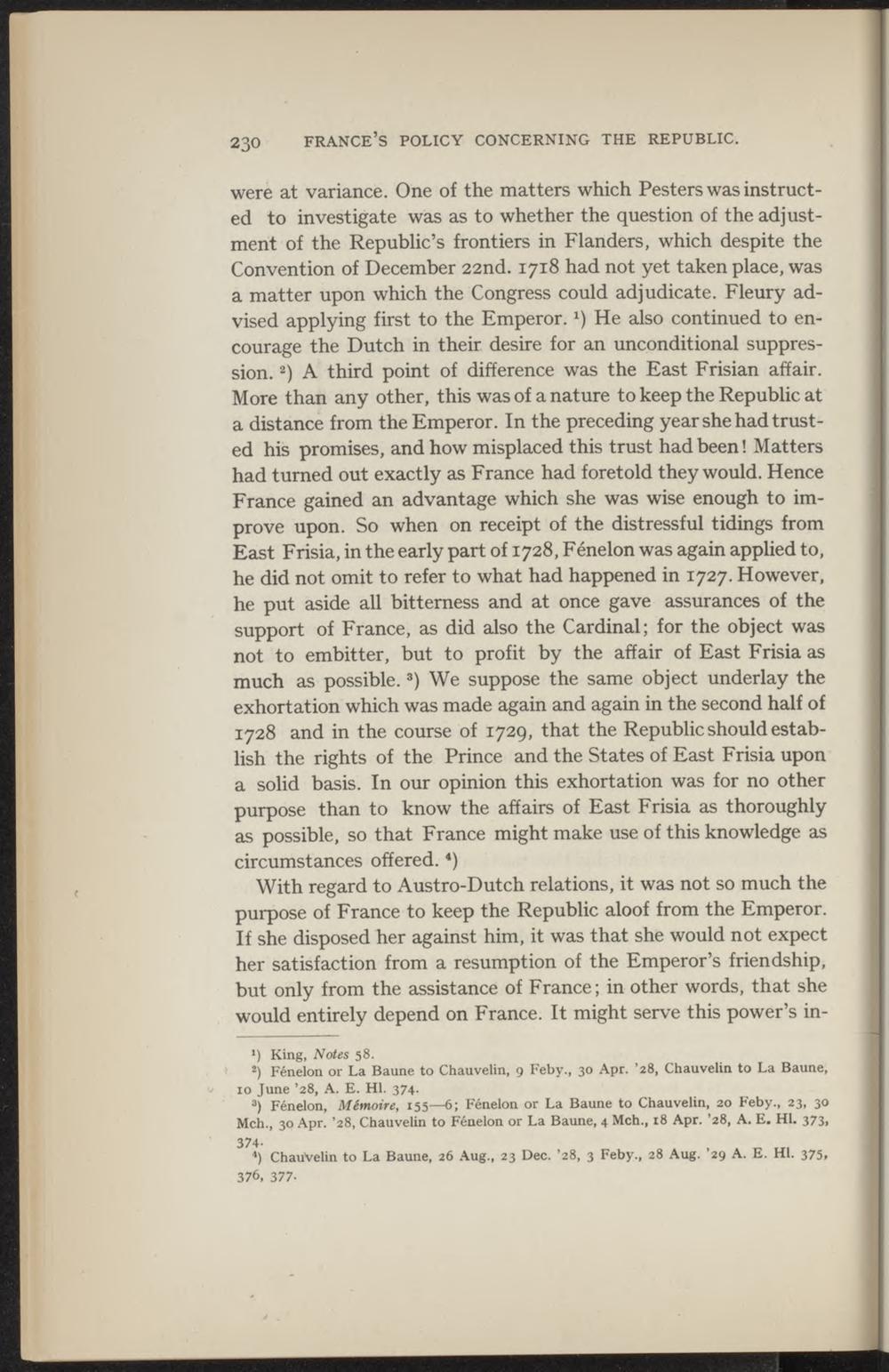 were at variance. One of the matters which Pesters was instructed to investigate was as to whether the question of the adjustment of the Republic's frontiers in Flanders, which despite the Convention of December 22nd. 1718 had not yet taken place, was a matter upon which the Congress could adjudicate. Fleury advised applying first to the Emperor. ») He also continued to encourage the Dutch in their desire for an unconditional suppression.2) A third point of difference was the East Frisian affair. More than any other, this was of a nature to keep the Republic at a distance from the Emperor. In the preceding year she had trusted his promises, and how misplaced this trust had been! Matters had turned out exactly as France had foretold they would. Hence France gained an advantage which she was wise enough to improve upon. So when on receipt of the distressful tidings from East Frisia, in the early part of 1728, Fénelon was again applied to, he did not omit to refer to what had happened in 1727. However, he put aside all bitterness and at once gave assurances of the support of France, as did also the Cardinal; for the object was not to embitter, but to profit by the affair of East Frisia as much as possible.3) We suppose the same object underlay the exhortation which was made again and again in the second half of 1728 and in the course of 1729, that the Republicshould establish the rights of the Prince and the States of East Frisia upon a solid basis. In our opinion this exhortation was for no other purpose than to know the affairs of East Frisia as thoroughly as possible, so that France might make use of this knowledge as circumstances offered.4)

With regard to Austro-Dutch relations, it was not so much the purpose of France to keep the Republic aloof from the Emperor. If she disposed her against him, it was that she would not expect her satisfaction from a resumption of the Emperor's friendship, but only from the assistance of France; in other words, that she would entirely depend on France. It might serve this power's in-