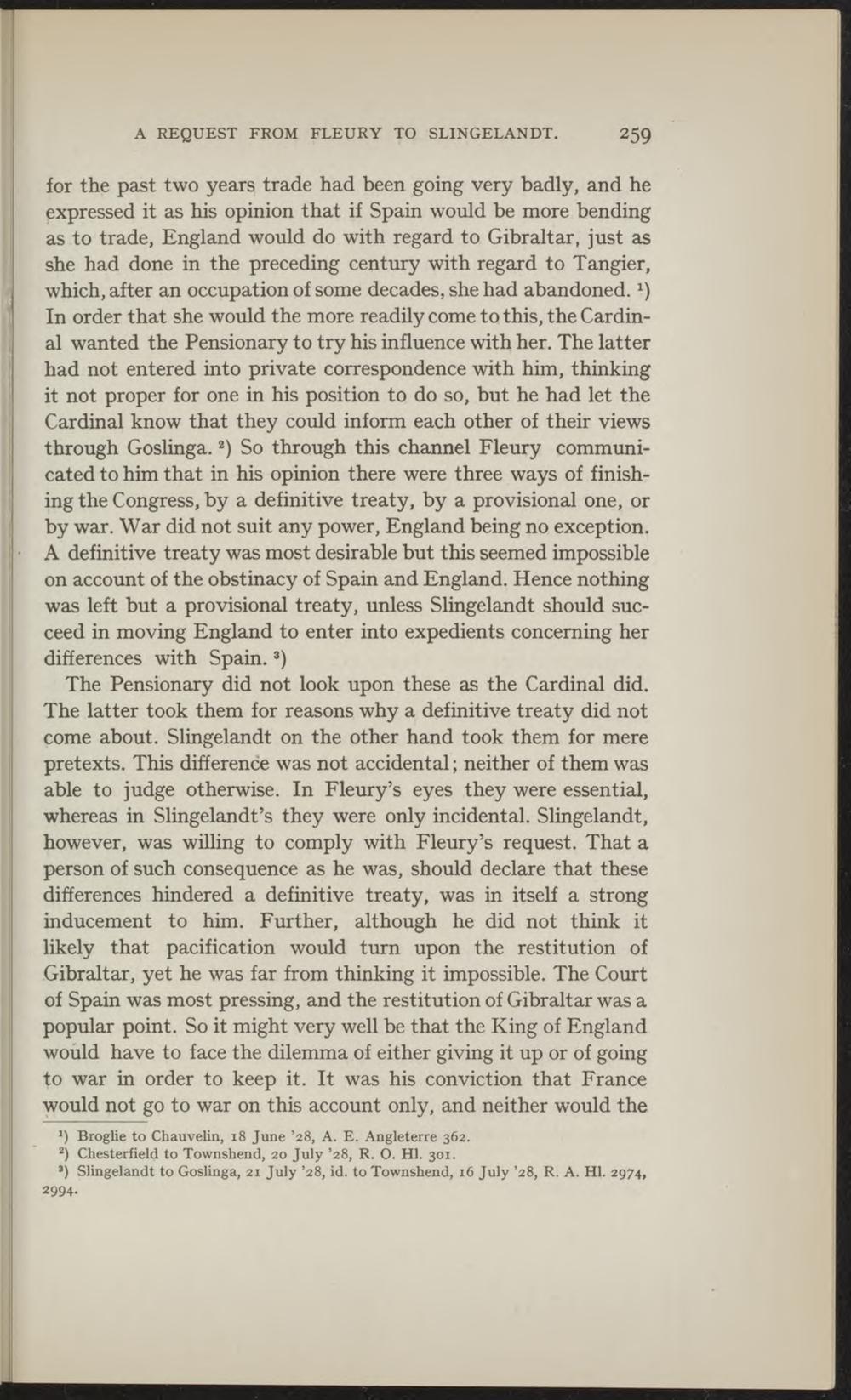 for the past two years trade had been going very badly, and he expressed it as his opinion that if Spain would be more bending as to trade, England would do with regard to Gibraltar, just as she had done in the preceding century with regard to Tangier, which, after an occupation of some decades, she had abandoned. ') In order that she would the more readily come to this, the Cardinal wanted the Pensionary to try his influence with her. The latter had not entered into private correspondence with him, thinking it not proper for one in his position to do so, but he had let the Cardinal know that they could inform each other of their views through Goslinga.2) So through this channel Fleury communicated to him that in his opinion there were three ways of finishing the Congress, by a definitive treaty, by a provisional one, or by war. War did not suit any power, England being no exception. A definitive treaty was most desirable but this seemed impossible on account of the obstinacy of Spain and England. Hence nothing was left but a provisional treaty, unless Slingelandt should succeed in moving England to enter into expedients concerning her differences with Spain.3)

The Pensionary did not look upon these as the Cardinal did. The latter took them for reasons why a definitive treaty did not come about. Slingelandt on the other hand took them for mere pretexts. This difference was not accidental; neither of them was able to judge otherwise. In Fleury's eyes they were essential, whereas in Slingelandt's they were only incidental. Slingelandt, however, was willing to comply with Fleury's request. That a person of such consequence as he was, should declare that these differences hindered a definitive treaty, was in itself a strong inducement to him. Further, although he did not think it likely that pacification would turn upon the restitution of Gibraltar, yet he was far from thinking it impossible. The Court of Spain was most pressing, and the restitution of Gibraltar was a popular point. So it might very well be that the King of England would have to face the dilemma of either giving it up or of going to war in order to keep it. It was his conviction that France would not go to war on this account only, and neither would the