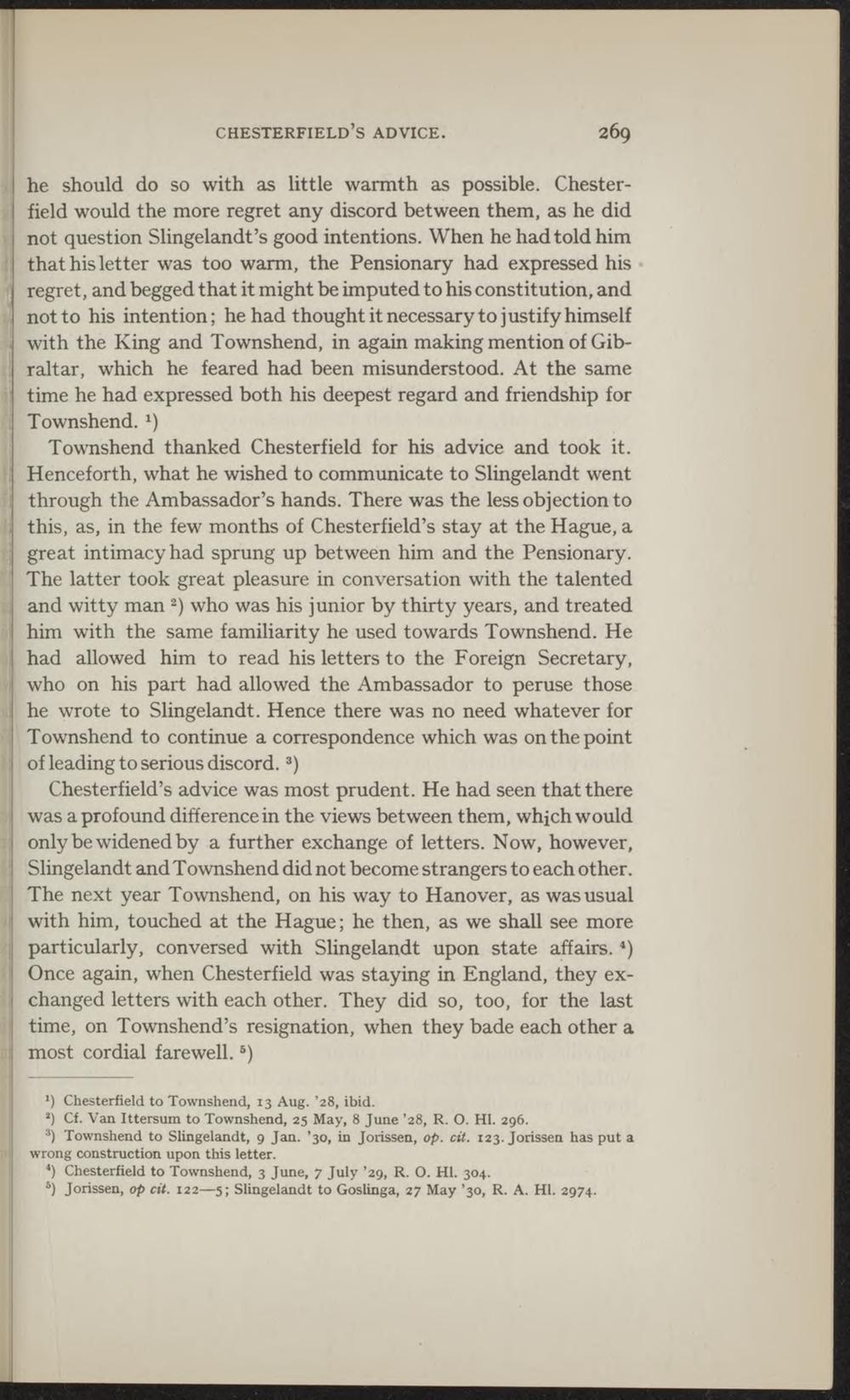 he should do so with as little warmth as possible. Chesterfield would the more regret any discord between them, as he did not question Slingelandt's good intentions. When he had told him thathis letter was too warm, the Pensionary had expressed his regret, and begged that it might be imputed to his constitution, and notto his intention; he had thoughtitnecessaryto justifyhimself with the King and Townshend, in again making mention of Gibraltar, which he feared had been misunderstood. At the same time he had expressed both his deepest regard and friendship for Townshend. 1)

Townshend thanked Chesterfield for his advice and took it. Henceforth, what he wished to communicate to Slingelandt went through the Ambassador's hands. There was the less objection to this, as, in the few months of Chesterfield's stay at the Hague, a great intimacyhad sprung up between him and the Pensionary. The latter took great pleasure in conversation with the talented and witty man 2) who was his junior by thirty years, and treated him with the same familiarity he used towards Townshend. He had allowed him to read his letters to the Foreign Secretary, who on his part had allowed the Ambassador to peruse those he wrote to Slingelandt. Hence there was no need whatever for Townshend to continue a correspondence which was onthepoint of leading to serious discord.3)

Chesterfield's advice was most prudent. He had seen that there was a profound differencein the views between them, which would onlybe widenedby a further exchange of letters. Now, however, Slingelandt and Townshend did not become strangers to each other. The next year Townshend, on his way to Hanover, as wasusual with him, touched at the Hague; he then, as we shall see more particularly, conversed with Slingelandt upon state affairs.4) Once again, when Chesterfield was staying in England, they exchanged letters with each other. They did so, too, for the last time, on Townshend's resignation, when they bade each other a most cordial farewell.5)