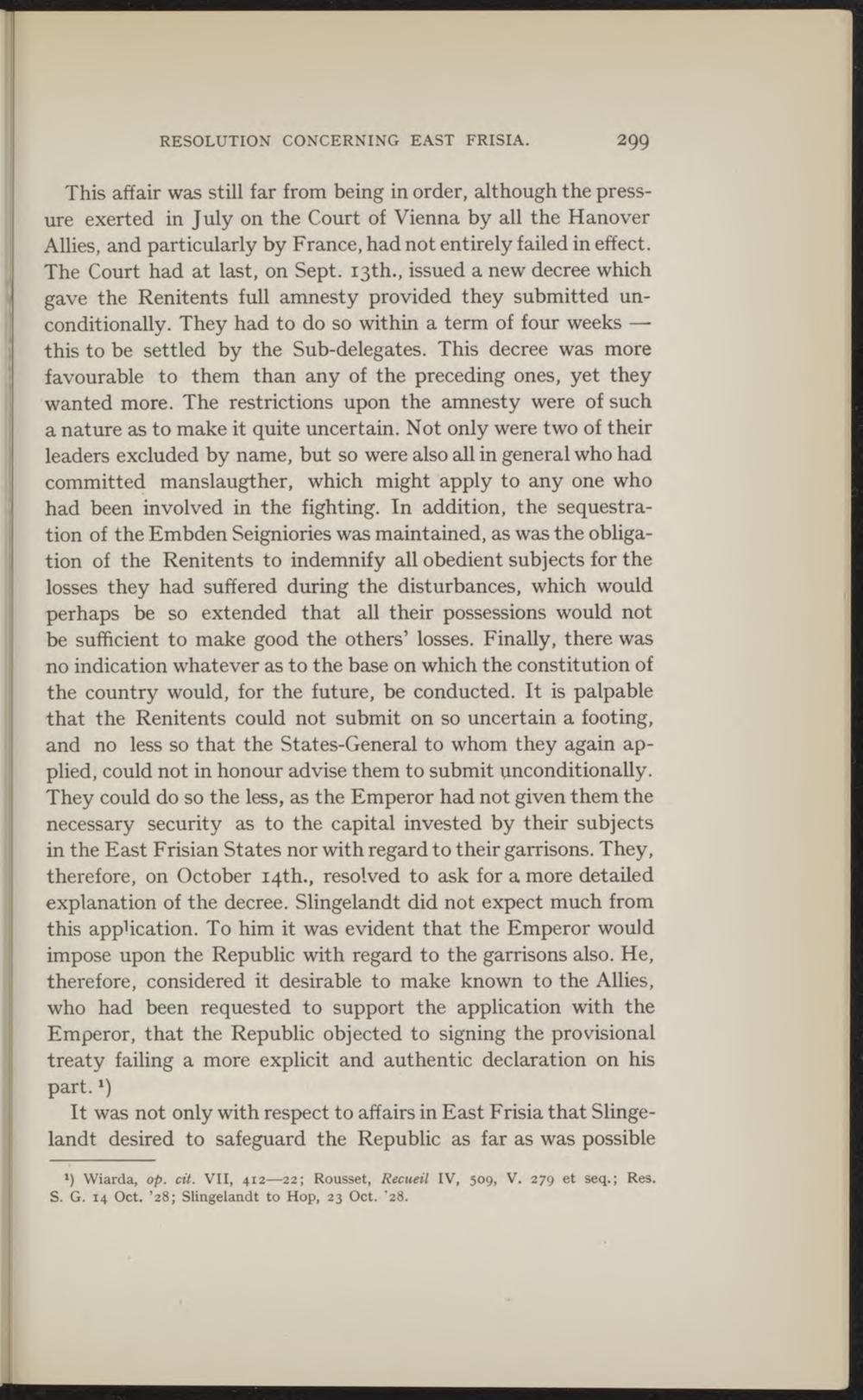 This affair was still far from being in order, although the pressure exerted in July on the C-ourt of Vienna by all the Hanover Allies, and particularly by France, had not entirely failed in effect. The Court had at last, on Sept. I3th., issued a new decree which gave the Renitents full amnesty provided they submitted unconditionally. They had to do so within a term of four weeks — this to be settled by the Sub-delegat es. This decree was more favourable to them than any of the preceding ones, yet they wanted more. The restrictions upon the amnesty were of such a nature as to make it quite uncertain. Not only were two of their leaders excluded by name, but so were also all in general who had committed manslaugther, which might apply to any one who had been involved in the fighting. In addition, the sequestration of the Embden Seigniories was maintained, as was the obligation of the Renitents to indemnify all obedient subjects for the losses they had suffered during the disturbances, which would perhaps be so extended that all their possessions would not be sufficiënt to make good the others' losses. Finally, there was no indication whatever as to the base on which the constitution of the country would, for the future, be conducted. It is palpable that the Renitents could not submit on so uncertain a footing, and no less so that the States-General to whom they again applied, could not in honour advise them to submit unconditionally. They could do so the less, as the Emperor had not given them the necessary security as to the capital invested by their subjects in the East Frisian States nor with regard to their garrisons. They, therefore, on October i4th., resolved to ask for a more detailed explanation of the decree. Slingelandt did not expect much from this app'ication. To him it was evident that the Emperor would impose upon the Republic with regard to the garrisons also. He, therefore, considered it desirable to make known to the Allies, who had been requested to support the application with the Emperor, that the Republic objected to signing the provisional treaty failing a more explicit and authentic declaration on his part. *)