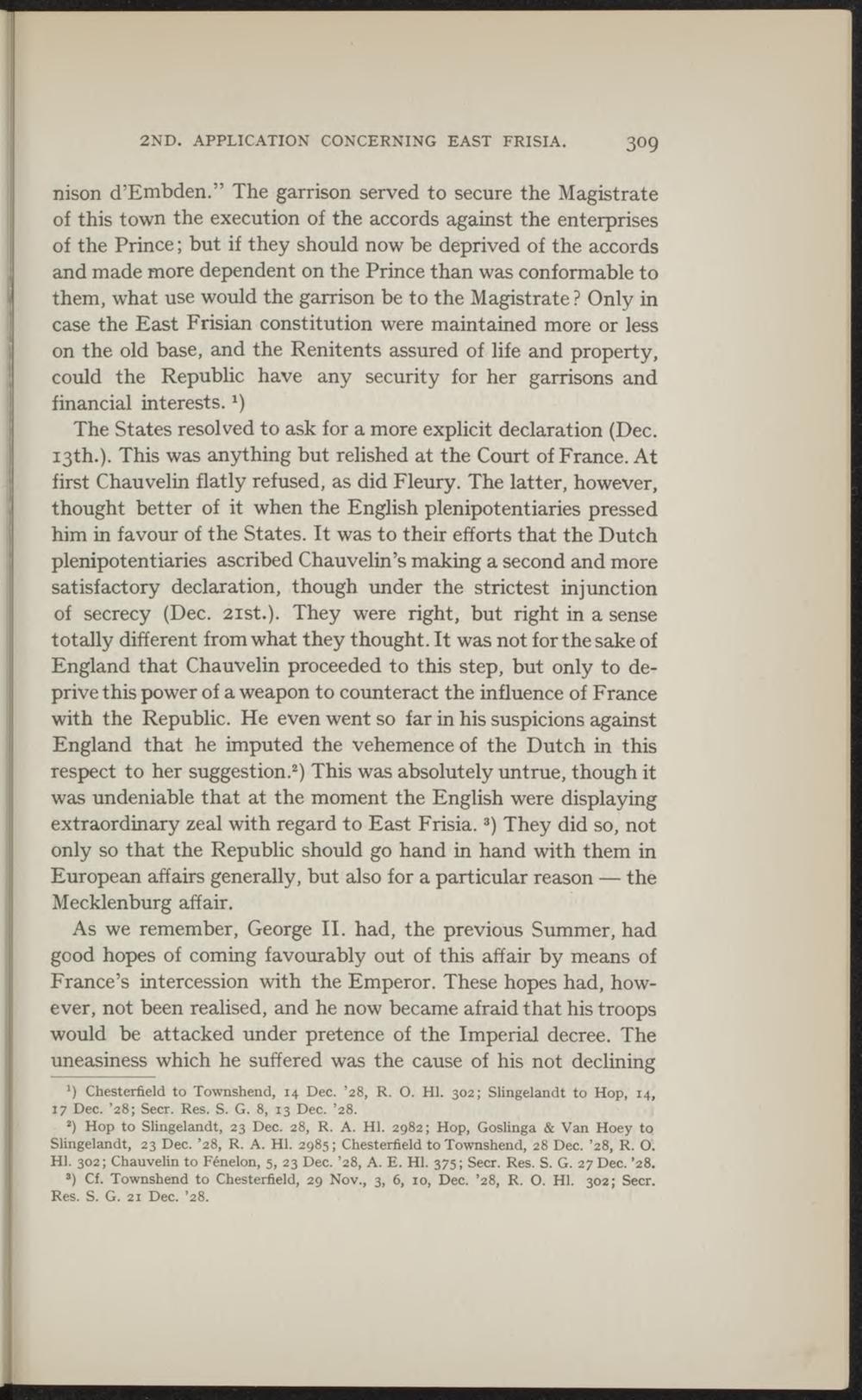 nison d'Embden." The garrison served to secure the Magistrate of this town the execution of the accords against the enterprises of the Prince; but if they should now be deprived of the accords and made more dependent on the Prince than was conformable to them, what use would the garrison be to the Magistrate ? Only in case the East Frisian constitution were maintained more or less on the old base, and the Renitents assured of life and property, could the Republic have any security for her garrisons and financial interests.1)

The States resolved to ask for a more explicit declaration (Dec. I3th.). This was anything but relished at the Court of France. At first Chauvelin flatly refused, as did Fleury. The latter, however, thought better of it when the English plenipotentiaries pressed him in favour of the States. It was to their efforts that the Dutch plenipotentiaries ascribed Chauvelin's making a second and more satisfactory declaration, though under the strictest injunction of secrecy (Dec. 2ist.). They were right, but right in a sense totally different fromwhat they thought. It was not for the sake of England that Chauvelin proceeded to this step, but only to deprive this power of a weapon to counteract the influence of France with the Republic. He even went so far in his suspicions against England that he imputed the vehemenceof the Dutch in this respect to her suggestion.2) This was absolutely untrue, though it was undeniable that at the moment the English were displaying extraordinary zeal with regard to East Frisia.3) They did so, not only so that the Republic should go hand in hand with them in European affairs generally, but also for a particular reason — the Mecklenburg affair.

As we remember, George II. had, the previous Summer, had good hopes of coming favourably out of this affair by means of France's intercession with the Emperor. These hopes had, however, not been realised, and he now became afraid that his troops would be attacked under pretence of the Imperial decree. The uneasiness which he suffered was the cause of his not declining