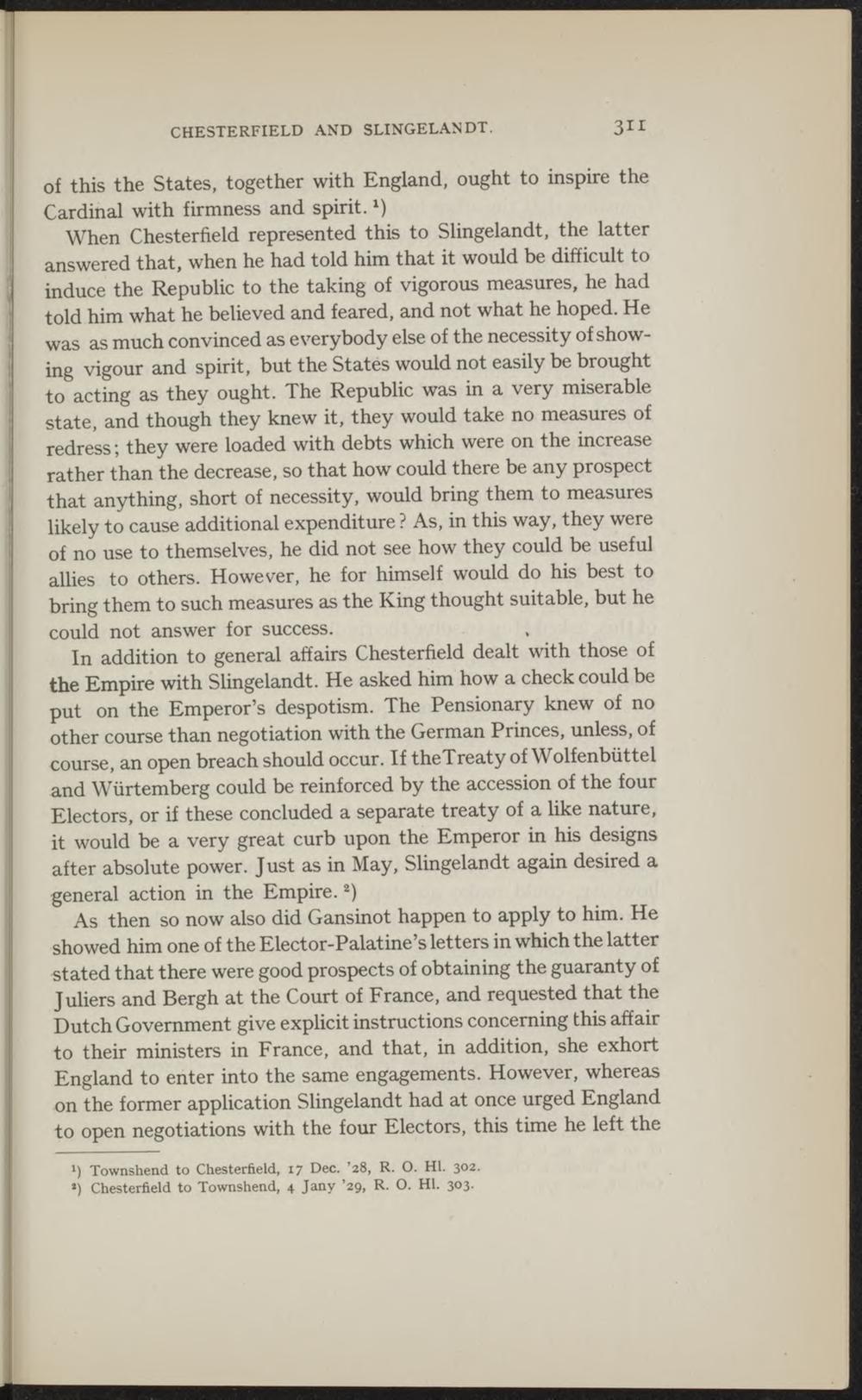 of this the States, together with England, ought to inspire the Cardinal with firmness and spirit.*)

When Chesterfield represented this to Slingelandt, the latter answered that, when he had told him that it would be difficult to induce the Republic to the taking of vigorous measures, he had told him what he believed and feared, and not what he hoped. He was as much convinced as everybody else of the necessity of showing vigour and spirit, but the States would not easily be brought to acting as they ought. The Republic was in a very miserable state, and though they knew it, they would take no measures of redress; they were loaded with debts which were on the increase rather than the decrease, so that how could there be any prospect that anything, short of necessity, would bring them to measures likely to cause additional expenditure ? As, in this way, they were of no use to themselves, he did not see how they could be useful allies to others. However, he for himself would do his best to bring them to such measures as the King thought suitable, but he could not answer for success.

In addition to general affairs Chesterfield dealt with those of the Empire with Slingelandt. He asked him how a check could be put on the Emperor's despotism. The Pensionary knew of no other course than negotiation with the German Princes, unless, of course, an open breach should occur. If theTreaty of Wolfenbüttel and Würtemberg could be reinforced by the accession of the four Electors, or if these concluded a separate treaty of a like nature, it would be a very great curb upon the Emperor in his designs after absolute power. J ust as in May, Slingelandt again desired a general action in the Empire.2)

As then so now also did Gansinot happen to apply to him. He showed him one of the Elector-Palatine's letters in which the latter stated that there were good prospects of obtaining the guaranty of Juliers and Bergh at the Court of France, and requested that the Dutch Government give explicit instructions concerning this affair to their ministers in France, and that, in addition, she exhort England to enter into the same engagements. However, whereas on the former application Slingelandt had at once urged England to open negotiations with the four Electors, this time he left the