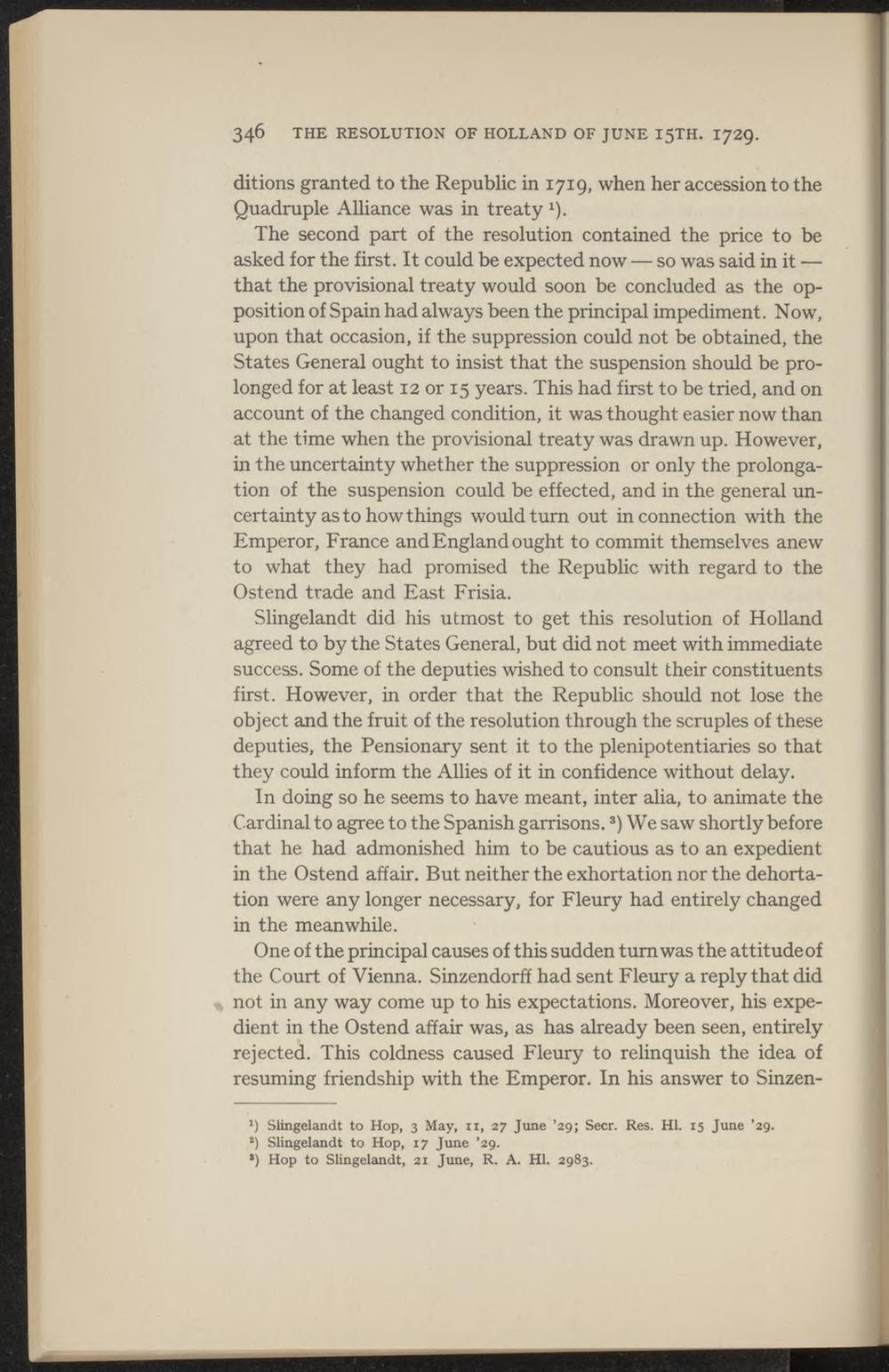 ditions granted to the Republic in 1719, when her accession to the Quadruple Alliance was in treaty 1).

The second part of the resolution contained the price to be asked for the first. It could be expected now — so was said in it — that the provisional treaty would soon be concluded as the opposition of Spain had always been the principal impediment. Now, upon that occasion, if the suppression could not be obtained, the States General ought to insist that the suspension should be prolonged for at least 12 or 15 years. This had first to be tried, and on account of the changed condition, it was thought easier now than at the time when the provisional treaty was drawn up. However, in the uncertainty whether the suppression or only the prolongation of the suspension could be effected, and in the general uncertainty as to howthings would turn out inconnection with the Emperor, France and England ought to commit themselves anew to what they had promised the Republic with regard to the Ostend trade and East Frisia.

Slingelandt did his utmost to get this resolution of Holland agreed to by the States General, but did not meet with immediate success. Some of the deputies wished to consult their constituents first. However, in order that the Republic should not lose the object and the fruit of the resolution through the scruples of these deputies, the Pensionary sent it to the plenipotentiaries so that they could inform the Allies of it in confidence without delay.

In doing so he seems to have meant, inter alia, to animate the Cardinal to agree to the Spanish garrisons.3) We saw shortly before that he had admonished him to be cautious as to an expedient in the Ostend affair. But neither the exhortation nor the dehortation were any longer necessary, for Fleury had entirely changed in the meanwhile.

One of the principal causes of this sudden turn was the attitude of the Court of Vienna. Sinzendorff had sent Fleury a reply that did not in any way come up to his expectations. Moreover, his expedient in the Ostend affair was, as has already been seen, entirely rejected. This coldness caused Fleury to relinquish the idea of resuming friendship with the Emperor. In his answer to Sinzen-