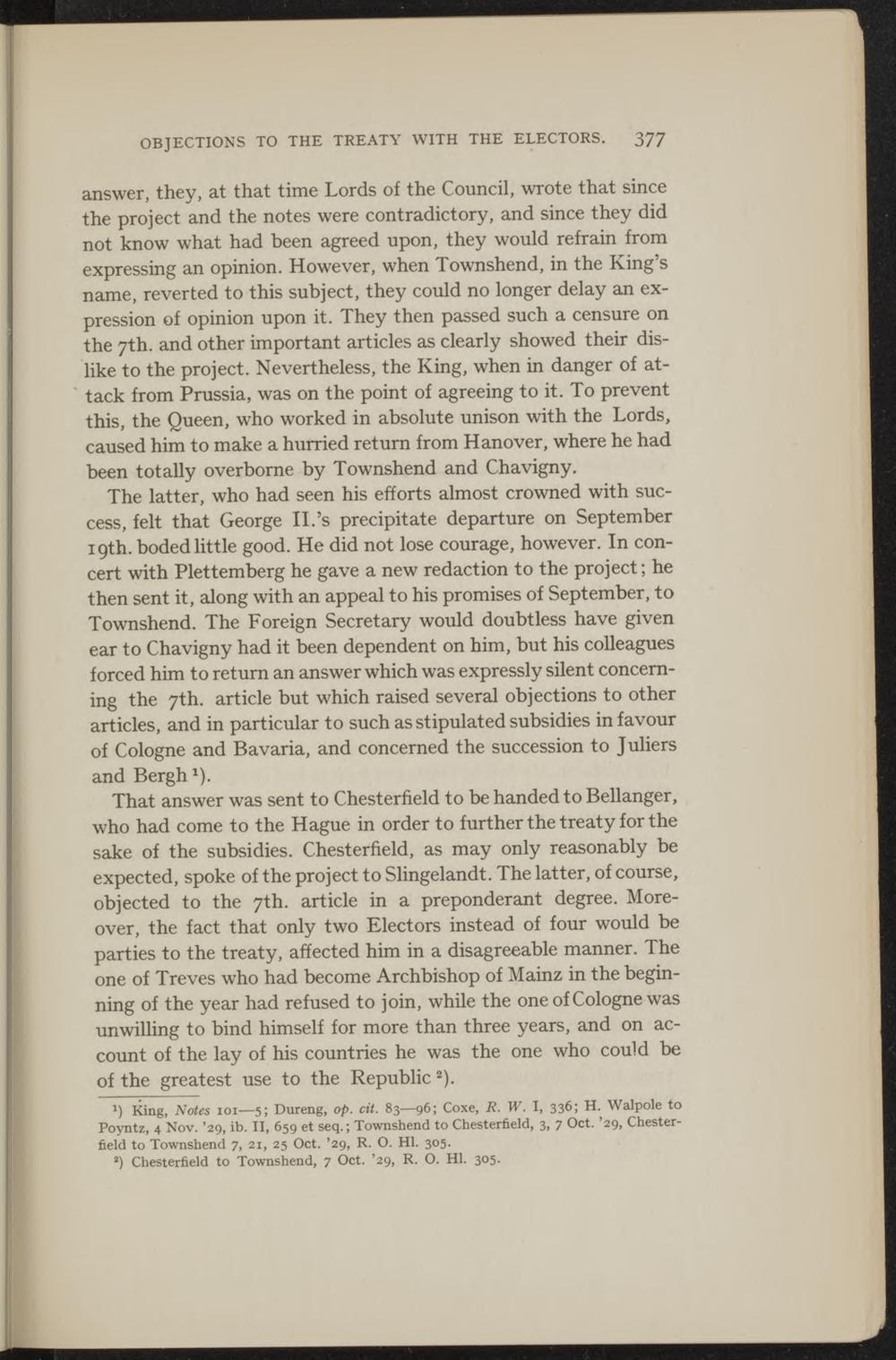 answer, they, at that time Lords of the Council, wrote that since the project and the notes were contradictory, and since they did not know what had been agreed upon, they would refrain from expressing an opinion. However, when Townshend, in the King's name, reverted to this subject, they could no longer delay an expression of opinion upon it. They then passed such a censure on the 7th. and other important articles as clearly showed their dislike to the project. Nevertheless, the King, when in danger of attack from Prussia, was on the point of agreeing to it. To prevent this, the Queen, who worked in absolute unison with the Lords, caused him to make a hurried return from Hanover, where he had been totally overborne by Townshend and Chavigny.

The latter, who had seen his efforts almost crowned with success, feit that George II.'s precipitate departure on September igth. boded little good. He did not lose courage, however. In concert with Plettemberg he gave a new redaction to the project; he then sent it, along with an appeal to his promises of September, to Townshend. The Foreign Secretary would doubtless have given ear to Chavigny had it been dependent on him, but his colleagues forced him to return an answer which was expressly silent concerning the 7th. article but which raised several objections to other articles, and in particular to such as stipulated subsidies in favour of Cologne and Bavaria, and concerned the succession to Juliers and Bergh1).

That answer was sent to Chesterfield to be handed to Bellanger, who had come to the Hague in order to further the treaty for the sake of the subsidies. Chesterfield, as may only reasonably be expected, spoke of the project to Slingelandt. The latter, of course, objected to the 7th. article in a preponderant degree. Moreover, the fact that only two Electors instead of four would be parties to the treaty, affected him in a disagreeable manner. The one of Treves who had become Archbishop of Mainz in the beginning of the year had refused to join, while the one of Cologne was unwilling to bind himself for more than three years, and on account of the lay of his countries he was the one who could be of the greatest use to the Republic 2).