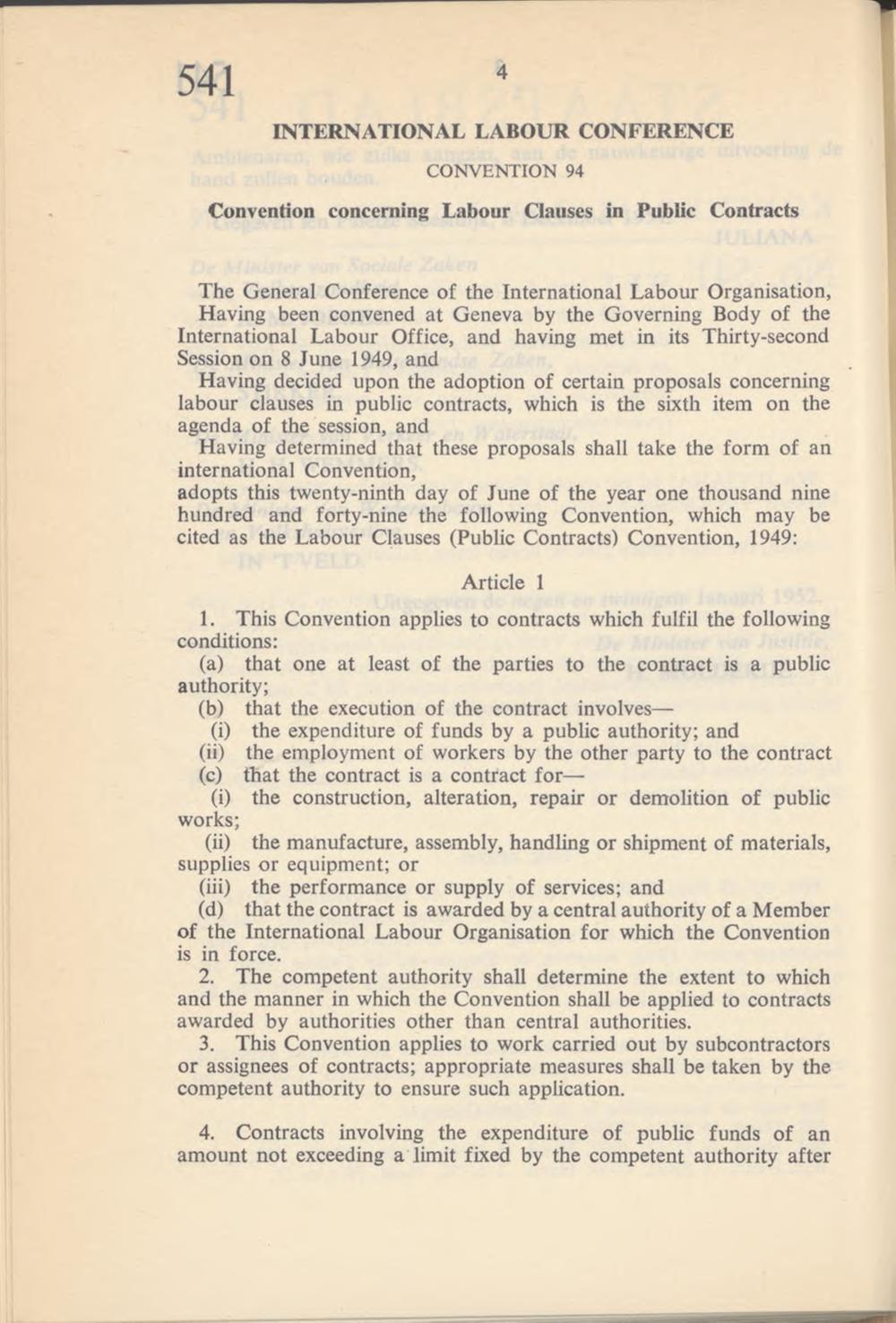 The General Conference of the International Labour Organisation,

Having been convened at Geneva by the Governing Body of the International Labour Office, and having met in its Thirty-second Session on 8 June 1949, and

Having decided upon the adoption of certain proposals concerning labour clauses in public contracts, which is the sixth item on the agenda of the session, and

Having determined that these proposals shall talce the form of an international Convention,

adopts this twenty-ninth day of June of the year one thousand nine hundred and forty-nine the following Convention, which may be cited as the Labour Clauses (Public Contracts) Convention, 1949:

1. This Convention applies to contracts which fulfil the following conditions:

(a) that one at least of the parties to the contract is a public authority;

(b) that the execution of the contract involves—

(i) the expenditure of funds by a public authority; and (ii) the employment of workers by the other party to the contract

(c) that the contract is a contract for—

(i) the construction, alteration, repair or demolition of public works; (ii) the manufacture, assembly, handling or shipment of materials, supplies or equipment; or (iii) the performance or supply of services; and

(d) that the contract is awarded by a central authority of a Member of the International Labour Organisation for which the Convention is in force.

2. The competent authority shall determine the extent to which and the manner in which the Convention shall be applied to contracts awarded by authorities other than central authorities.

3. This Convention applies to work carried out by subcontractors or assignees of contracts; appropriate measures shall be taken by the competent authority to ensure such application.

4. Contracts involving the expenditure of public funds of an amount not exceeding a limit fixed by the competent authority af ter