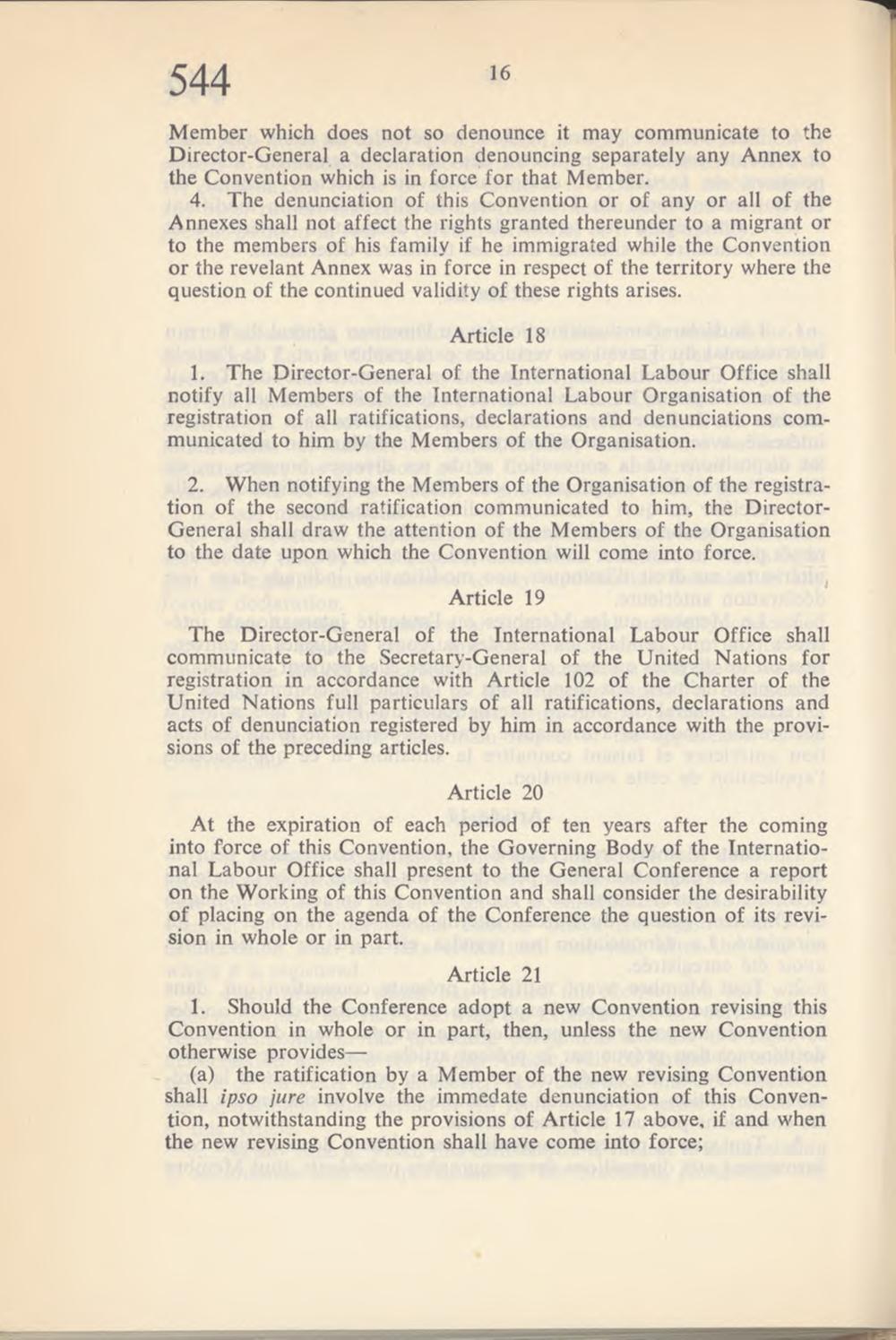 Member which does not so denounce it may communicate to the Director-General a declaration denouncing separately any Annex to the Convention which is in force for that Member.

4. The denunciation of this Convention or of any or all of the Annexes shall not affect the rights granted thereunder to a migrant or to the members of his family if he immigrated while the Convention or the revelant Annex was in force in respect of the territory where the question of the continued validity of these rights arises.

The Director-General of the International Labour Office shall communicate to the Secretary-General of the United Nations for registration in accordance with Article 102 of the Charter of the United Nations full particulars of all ratifications, declarations and acts of denunciation registered by him in accordance with the provisions of the preceding articles.

At the expiration of each period of ten years after the coming into force of this Convention, the Governing Body of the International Labour Office shall present to the General Conference a report on the Working of this Convention and shall consider the desirability of placing on the agenda of the Conference the question of its revision in whole or in part.