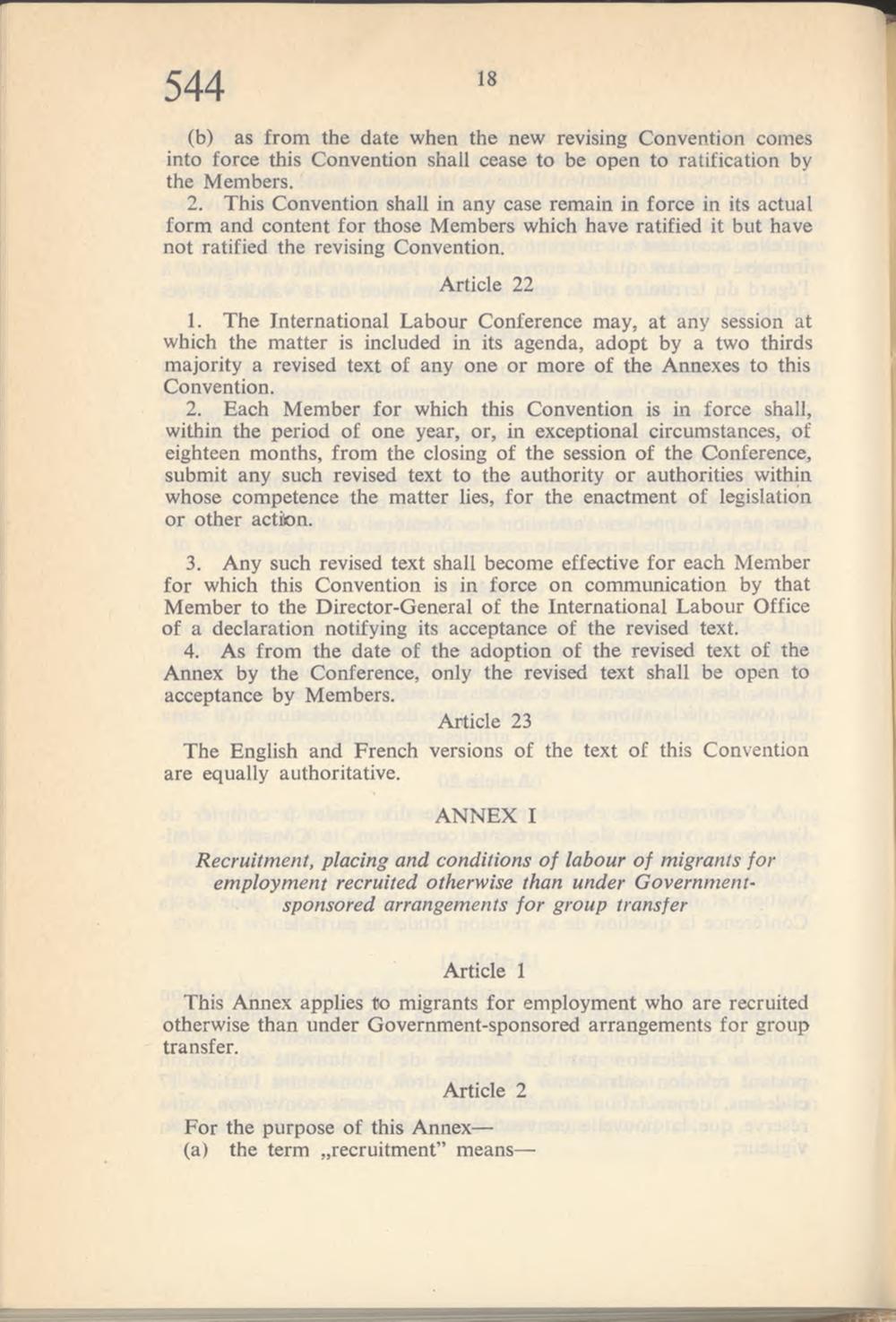 (b) as from the date when the new revising Convention comes into force this Convention shall cease to be open to ratification by the Members.

2. This Convention shall in any case remain in force in its actual form and content for those Members which have ratified it but have not ratified the revising Convention.

1. The International Labour Conference may, at any session at which the matter is included in its agenda, adopt by a two thirds majority a revised text of any one or more of the Annexes to this Convention.

2. Each Member for which this Convention is in force shall, within the period of one year, or, in exceptional circumstances, of eighteen months, from the closing of the session of the Conference, submit any such revised text to the authority or authorities within whose competence the matter lies, for the enactment of legislation or other actiton.

3. Any such revised text shall become effective for each Member for which this Convention is in force on communication by that Member to the Director-General of the International Labour Office of a declaration notifying its acceptance of the revised text.

The English and French versions of the text of this Convention are equally authoritative.

Recruitment, placing and conditions of labour of migrants for employment recruited otherwise than under Governmentsponsored arrangements for group transfer

This Annex applies to migrants for employment who are recruited otherwise than under Government-sponsored arrangements for group transfer.

For the purpose of this Annex— (a) the term „recruitment” means—