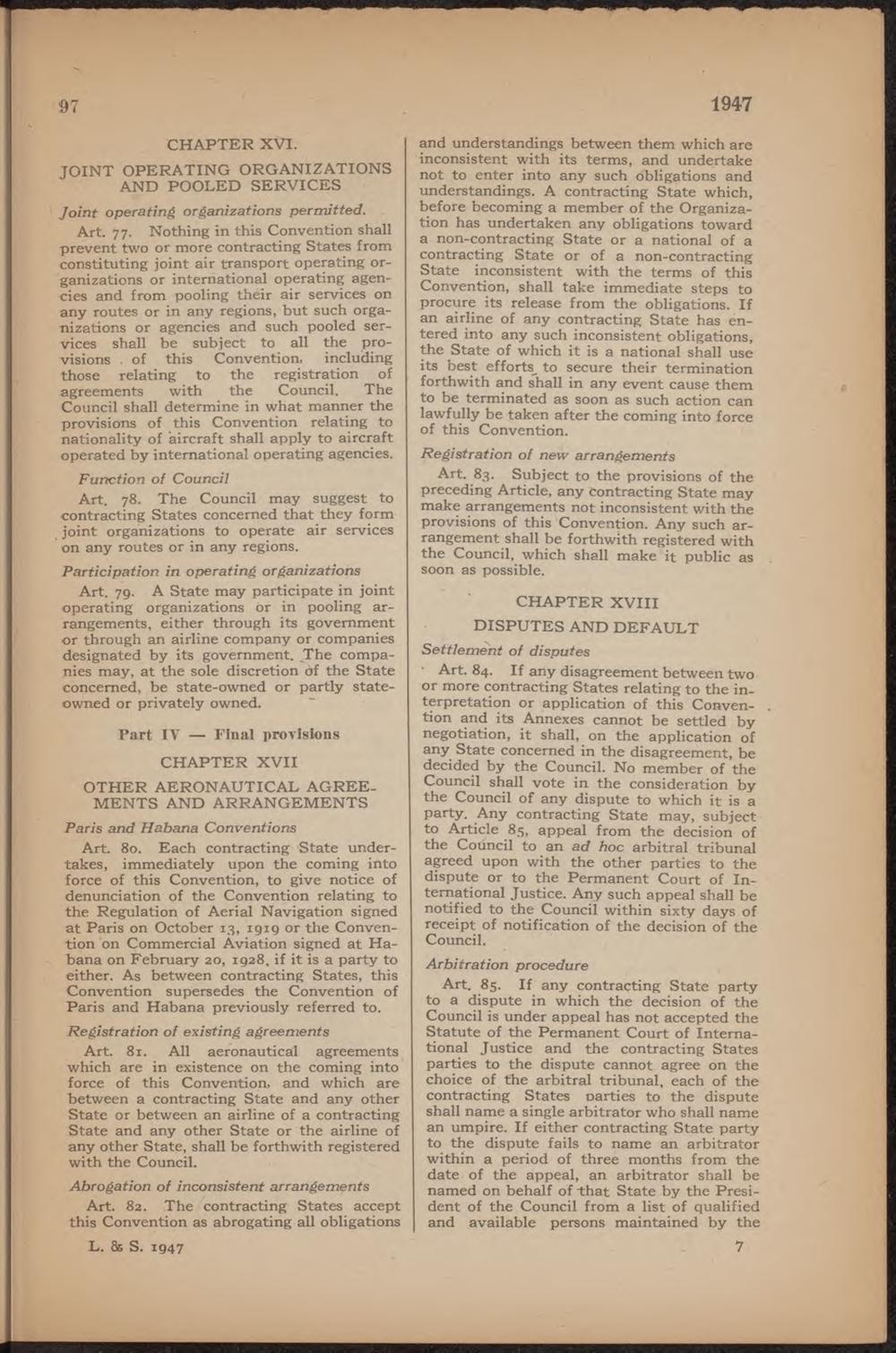 Art. 77. Nothing in this Convention shall prevent two or more contracting States from constituting joint air transport operating organizations or international operating agencies and from pooling their air services on any routes or in any regions, but such organizations or agencies and such pooled services shall be sub ] eet to all the provisions . of this Convention, incluÜing those relating to the registration of agreements with the Council. The Council shall determine in what manner the provisions of this Convention relating to nationality of 'aircraft shall apply to aircraft operated by international operating agencies.

Art. 78. The Council may suggest to contracting States concerned that they form joint organizations to operate air services on any routes or in any regions.

Art. 79. A State may participate in joint operating organizations or in pooling arrangements, either through its government or through an airline company or companies designated by its government. The companies may, at the sole discretion of the State concerned, be state-owned or partly stateowned or privately owned.

OTHER AERONAUTICAL AGREEMENTS AND ARRANGEMENTS

Art. 82. The contracting States accept this Convention as abrogating all obligations

Art. 84. If any disagreement between two or more contracting States relating to the interpretation or application of this Convention and its Annexes cannot be settled by negotiation, it shall, on the application of any State concerned in the disagreement, be decided by the Council. No member of the Council shall vote in the consideration by the Council of any dispute to which it is a party. Any contracting State may, subject to Article 85, appeal from the decision of the Council to an ad hoe arbitral tribunal agreed upon with the other parties to the dispute or to the Permanent Court of International Justice. Any such appeal shall be notified to the Council within sixty days of receipt of notification of the decision of the Council.