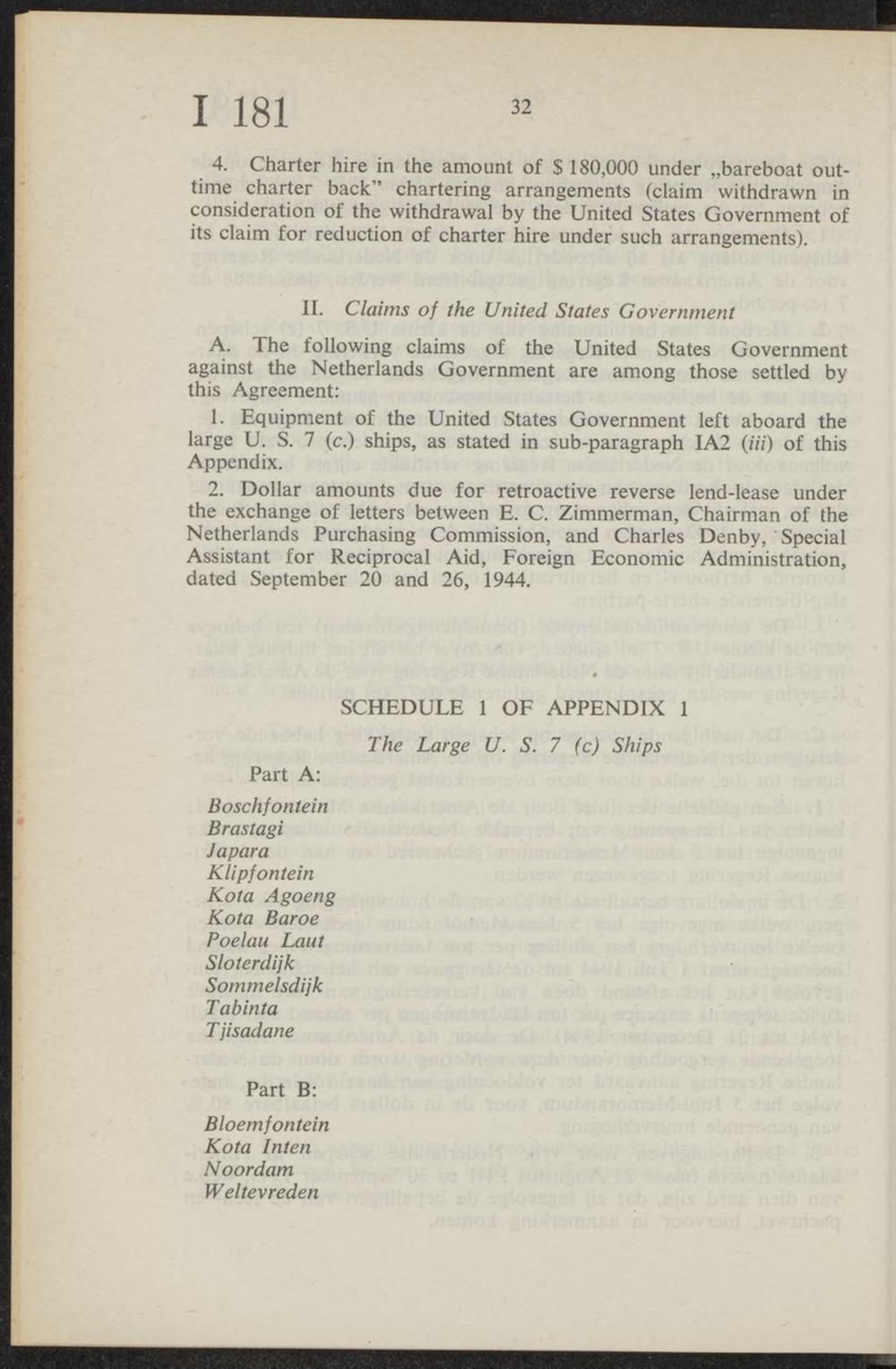 4. Charter hire in the amount of S 180,000 under „bareboat outtime charter back" chartering arrangements (claim withdrawn in consideration of the withdrawal by the United States Government of its claim for reduction of charter hire under such arrangements).

A. The following claims of the United States Government against the Netherlands Government are among those settled by this Agreement:

1. Equipment of the United States Government left aboard the large U. S. 7 (c.) ships, as stated in sub-paragraph IA2 (iii) of this Appendix.

2. Dollar amounts due for retroactive reverse lend-lease under the exchange of letters between E. C. Zimmerman, Chairman of the Netherlands Purchasing Commission, and Charles Denby,'Special Assistant for Reciprocal Aid, Foreign Economie Administration, dated September 20 and 26, 1944.