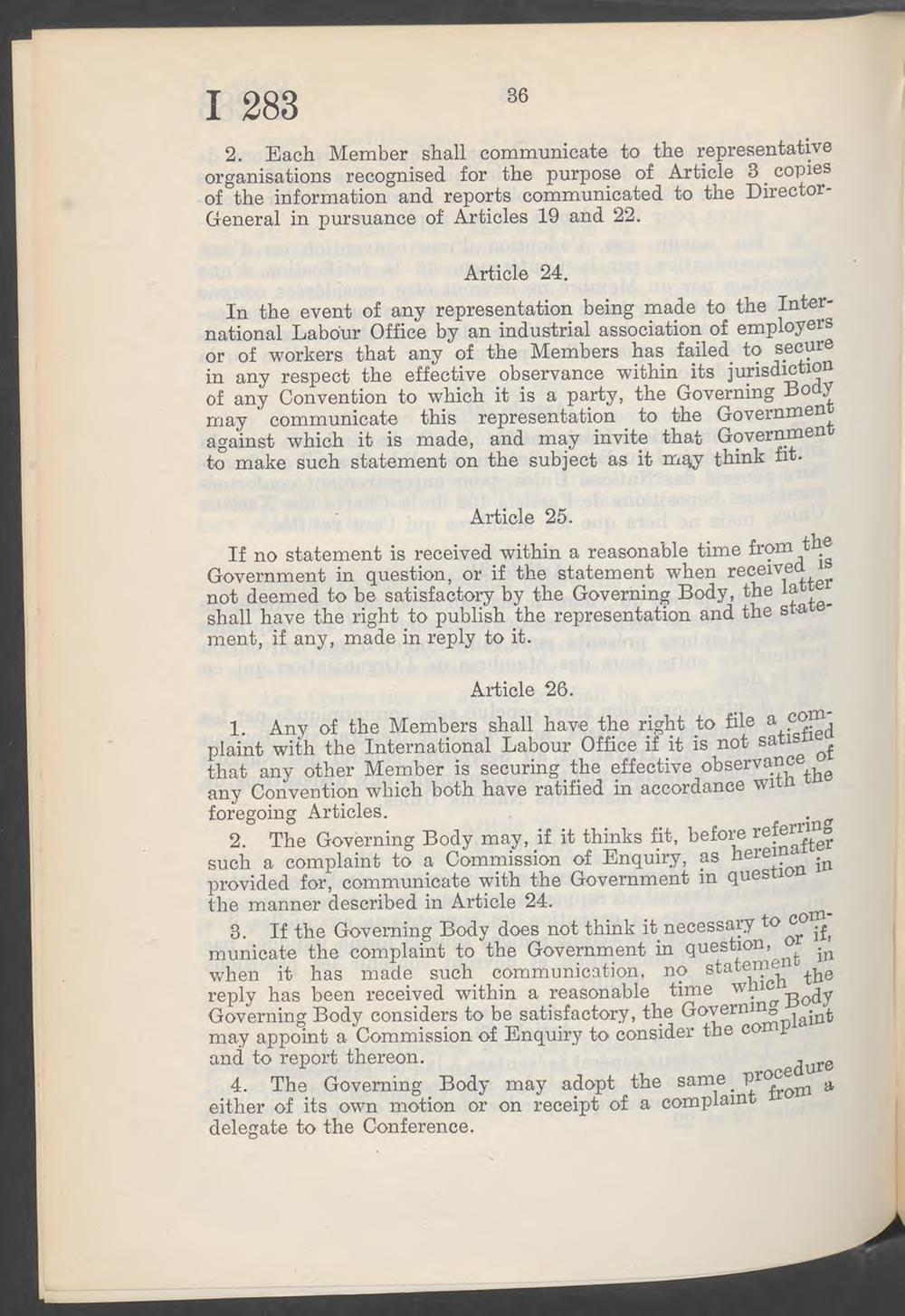 2. Each Member shall communicate to the representative organisations recognised for the purpose of Article 3 _ copies of the information and reports communicated to the DirectorGeneral in pursuance of Articles 19 and 22.

In the event of any representation being made to the International Laböur Office by an industrial association of employers or of workers that any of the Members has failed^ to secure in any respect the effective observance within its jurisdiction of any Convention to which it is a party, the Governing Body rriay communicate this representation _ to the Governmen against which it is made, and rnay invite that Governmen to make such statement on the subject as it mqy think fit.

If no statement is received within a reasonable time from the Government in question, or if the statement when recelv,ecLpr not deemed to be satisfactory by the Governing Body, the ia ^ shall have the right to publish the representation and the sta ment, if any, made in reply to it.

1. Any of the Members shall have the right to file a ckm» plaint with the International Labour Office if it is not sati ^ that any other Member is securing the effective observanc any Convention which both have ratified in accordance wm foregoing Articles.

2. The Governing Body may, if it thinks fit, before vet^Ler such a complaint to a Commission of Enquiry, as herei _ ^ provided for, communicate with the Government in questi

the manner described in Article 24.

3. If the Governing Body does not think it necessary to co municate the complaint to the Government in question,^ Jn when it has made such communication, no sta'v^-u && reply has been received within a reasonable time w. -g0dy Governing Body considers to be satisfactory, the ^oy®rnlI^piaint may appoint a Commission of Enquiry to consider the co i. and to report thereon. , e

4. The Governing Body may adopt the same _ 'Prc^°®in a either of its own motion or on receipt of a complaint delegate to the Conference.