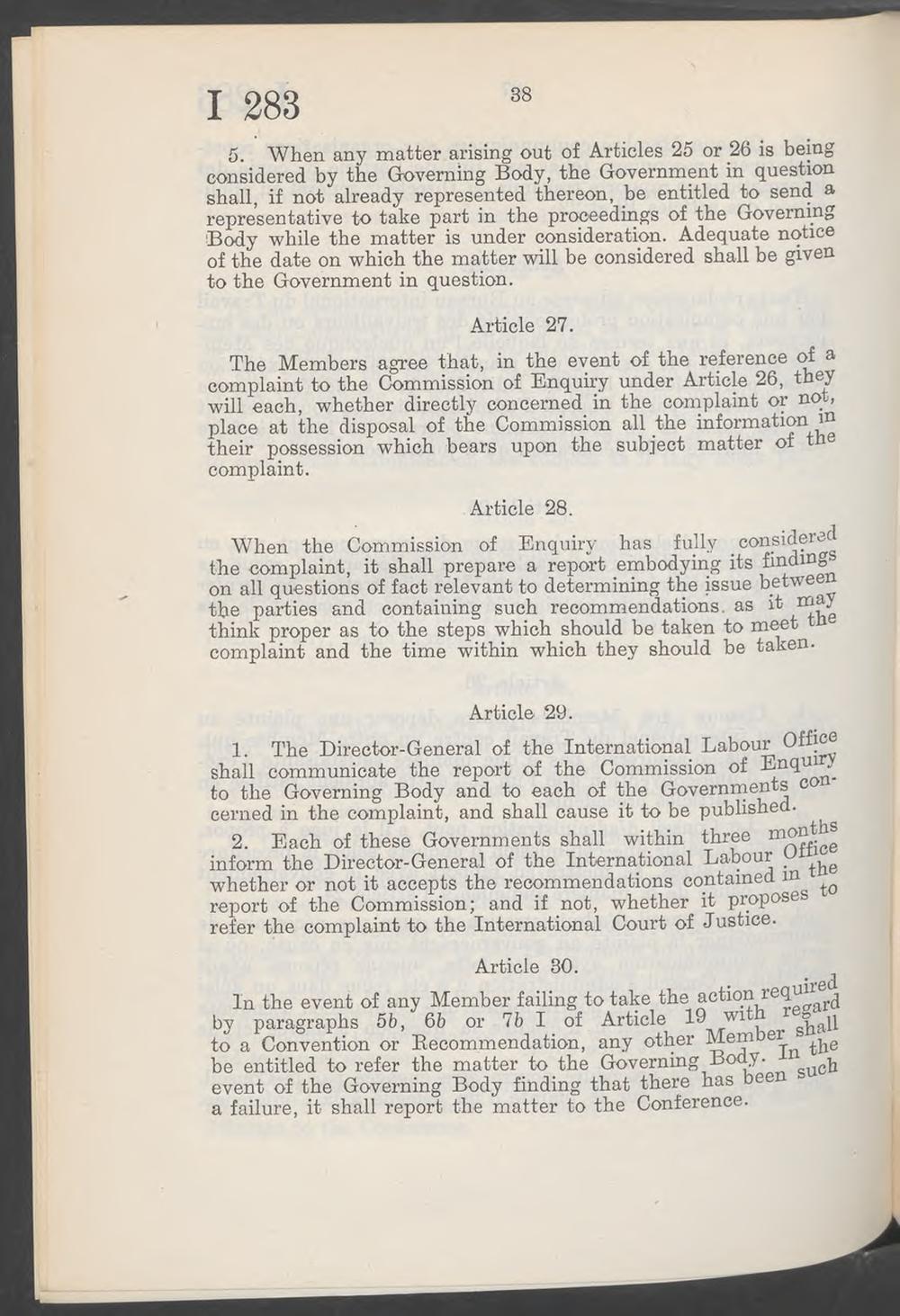 The Members agree that, in the event of the reference of a complaint to the Commission of Enquiry under Article 26, they will each, whether directly concerned in the complaint or not, place at the disposal of the Commission all the information i» their possession which bears upon the subject matter of 11 complaint.

When the Commission of Enquiry has fully . oOIl.s^?r~g the complaint, it shall prepare a report embodying its finamg on all questions of fact relevant to determining the issue betwe the parties and containing such recommendations. as itthink proper as to the steps which should be taken to meet * complaint and the time within which they should be taken.

1. The Director-General of the International Labour shall communicate the report of the Commission of Enqu to the Governing Body and to each of the Governments c cerned in the complaint, and shall cause it to be published.

2. Each of these Governments shall within three inform the Director-General of the International Labour u ^ whether or not it accepts the recommendations contained m ^ report of the Commission; and if not, whether it propose refer the complaint to the International Court of Justice.

by paragraphs 5b, 6b or 7b I of Article 19 wi ^ to a Convention or Becommendation, any other e-r

be entitled to refer the matter to the Governing Body- ^

event of the Governing Body finding that there has bee a failure, it shall report the matter to the Conference.