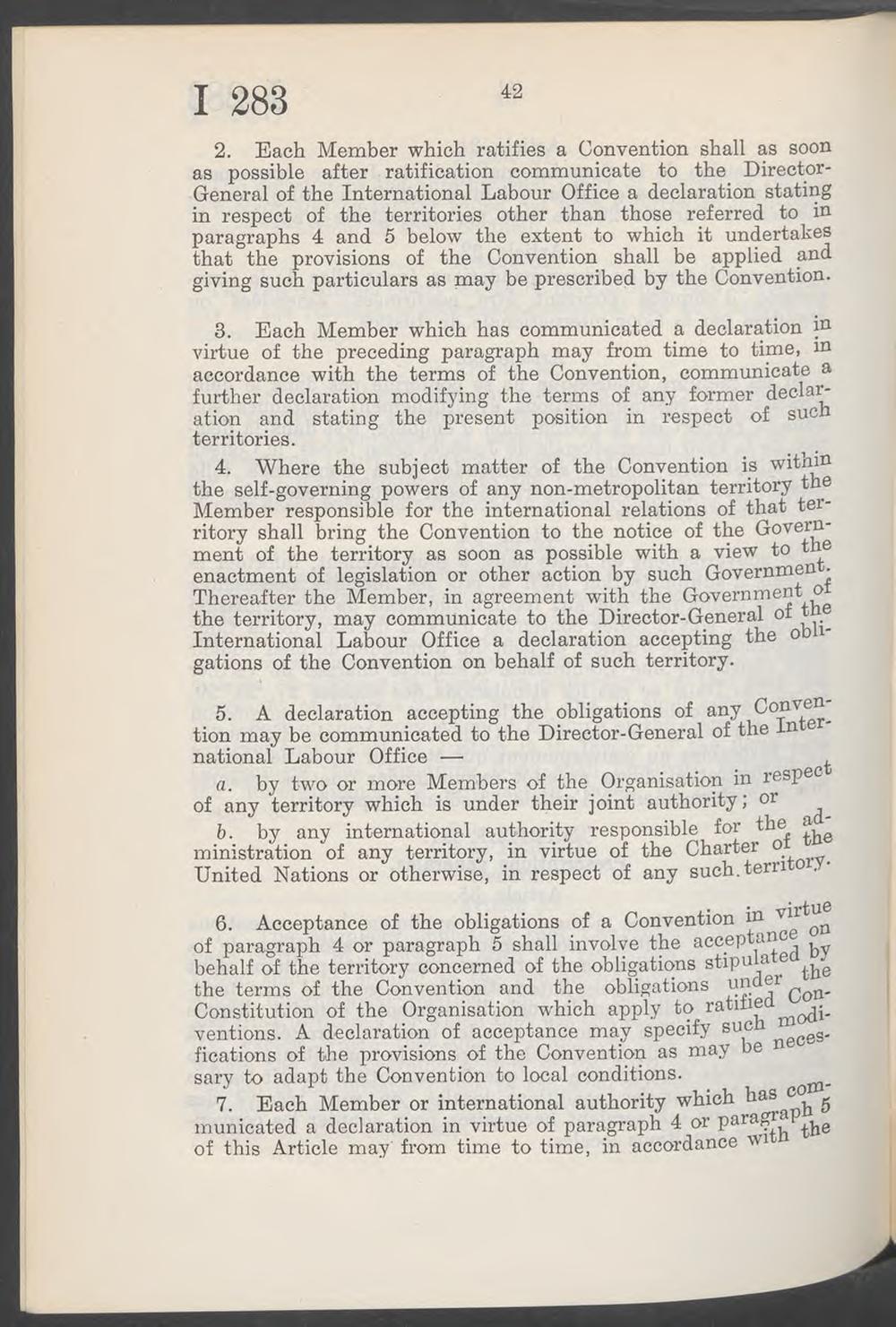 2. Each Member which ratifies a Gonvention shall as soon as possible after ratification communicate to the DirectorGeneral of the International Labour Office a declaration stating in respect of the territories other than those referred to in paragraphs 4 and 5 below the extent to which it undertakes that the provisions of the Convention shall be applied and giving such particulars as may be prescribed by the Convention.

4. Where the subject matter of the Convention is witnin the self-governing powers of any non-metropolitan territory the Member responsible for the international relations of that teiritory shall bring the Convention to the notice of the Government of the territory as soon as possible with a view to the enactment of legislation or other action by such Governmen • Thereafter the Member, in agreement with the Government o the territory, may communicate to the Director-General oi tü International Labour Office a declaration accepting the ob i gations of the Convention on behalf of such territory.

5. A declaration accepting the obligations of any tion may be communicated to the Director-General of the in national Labour Office — ,

a. by two or more Members of the Organisation in respec of any territory which is under their joint authority; or ^

b. by any international authority responsible for the a^e ministration of any territory, in virtue of the Charter ° United Nations or otherwise, in respect of any such.terri

sary to adapt the Convention to local conditions. com-

7. Each Member or international authority which ^aS ° ^ g municated a declaration in virtue of paragraph 4 or paragr

of this Article may' from time to time, in accordance wi