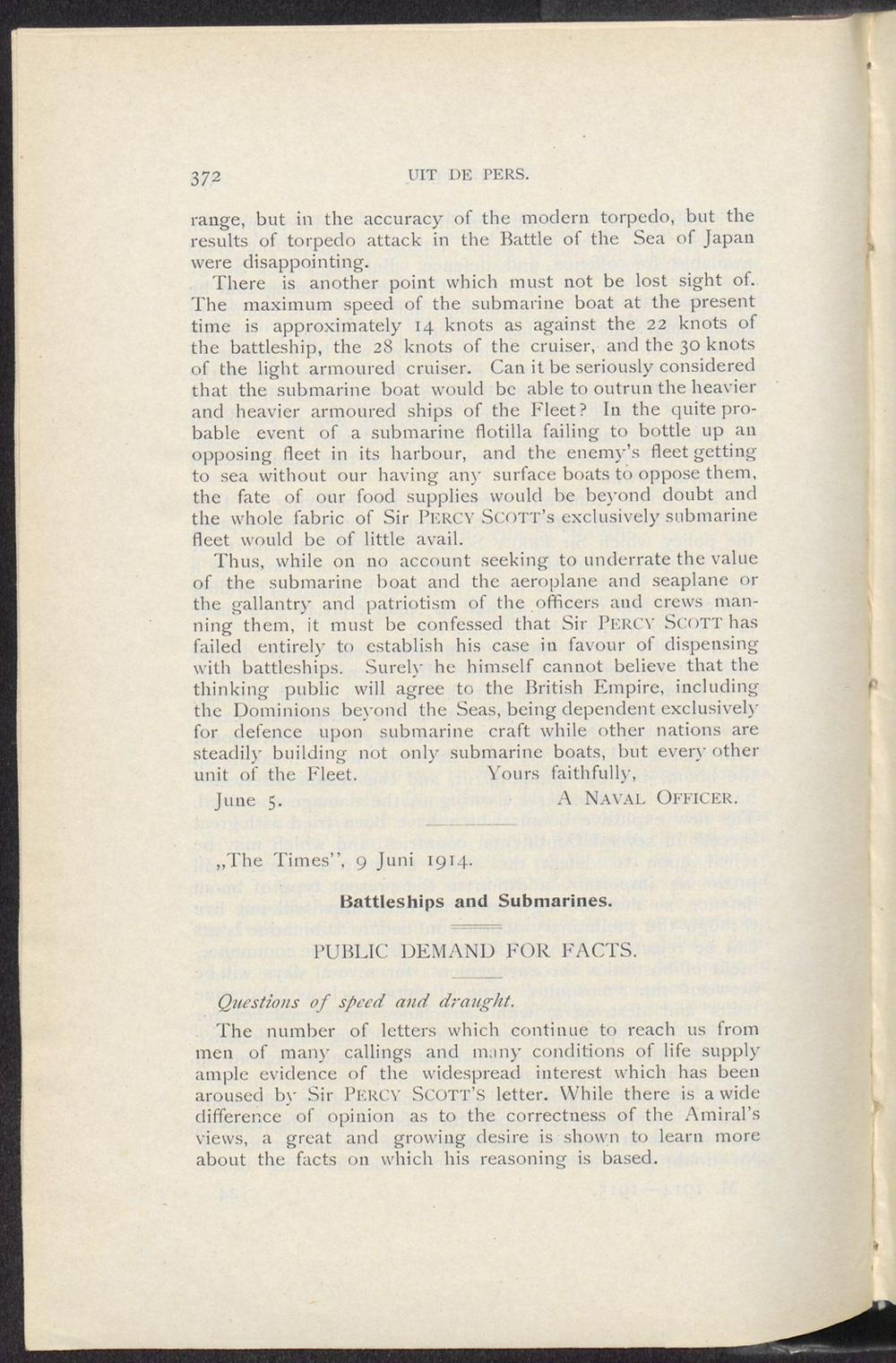 range, but in the accuracy of the modern torpedo, but the results of torpedo attack in the Battle of the Sea of Japan were disappointing.

There is another point which must not be lost sight of.. The maximum speed of the submarine boat at the present time is approximately 14 knots as against the 22 knots of the battleship, the 28 knots of the cruiser, and the 30 knots of the light armoured cruiser. Can it be seriously considered that the submarine boat would be able to outrun the heavier and heavier armoured ships of the Fleet? In the quite probable event of a submarine flotilla failing to bottle up an opposing fleet in its harbour, and the enemy's fleet gettmg to sea without our having any surface boats to oppose them, the fate of our food supplics would be bevond doubt and the whole fabric of Sir percy Scott's exclusively submarine fleet would be of little avail.

Thus, while on no account seeking to underrate the valüe of the submarine boat and the aeroplane and seaplane or the gallantry and patriotism of the officers and crews manning them, it must be confessed that Sir Percy Scott has failed entirely to establish his case in favour of dispensing with battleships. Surely he himself cannot believe that the thinking public will agree to the British Empire, including the Dominions bevond the Seas, being dependent exclusively for defence upon submarine craft while other nations are steadily building not only submarine boats, but even' other unit of the Fleet. Yours faithfully,

Questions of speed and draught.

The number of letters which continue to reach us from men of man)' callings and many conditions of life supply ample evidence of the widespread interest which has been arousecl by Sir percy Scott's letter. While there is a wide differer.ce of opinion as to the correctness of the Amïral's views, a great and growing desire is shown to learn more about the facts on which his reasoning is based.